Candidates sign covenant for peaceful May 14 polls in Samar hotspot 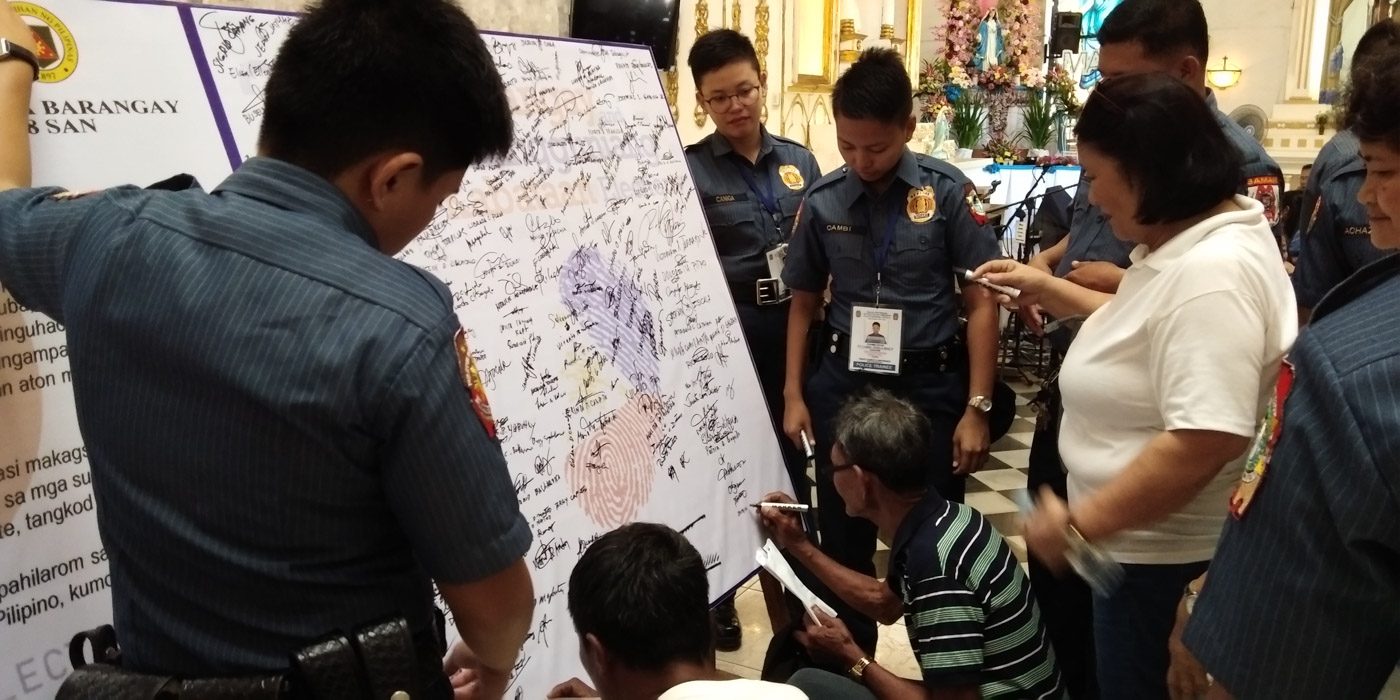 SAMAR, Philippines – Hundreds of candidates from the 157 barangays of Calbayog City signed a covenant to work for peaceful and orderly elections on May 14.

Candidates signed the covenant in the presence of Commission on Elections officials, priests, military officers and police officials at the St Peter and Paul Cathedral candidates on Friday, May 4.

In signing the covenant, the candidates pledges to help  ensure peaceful, clean and orderly barangay elections in Calbayog City, which has earned the moniker “Killbayog” because of the number of election-related violence there in past polls.

Less than a week before the event, a candidate for barangay chairman and his father were killed in Calbayog City, raising tensions in the area as the polls neared.

Celedonio Barbarona, Liberal Party candidate for chairman of Barangay Rizal Uno, told Rappler he was hopeful that the signing of a peace covenant would help set an environment of peace during the election period.

(As Calbayognon and a Samarnon, it hurts me to so much that Calbayog had been tagged  as “Killbayog” by other people)

( I hope all of us here, even coming from different political parties, will stay calm and true to our covenant in attaining peace and end violence.)

Calbayog city saw a record of killings allegedly perpetrated by private armed groups. The villages of Carayman, San Jose, Victoria, Ginbauyan Norte and Katabunan had been placed under the election watch list because of its history of intense and violent political rivalries.

Meanwhile, Calbayog police, together with the Comelec and other government agencies, have initiated moves to keep the peace in the city.