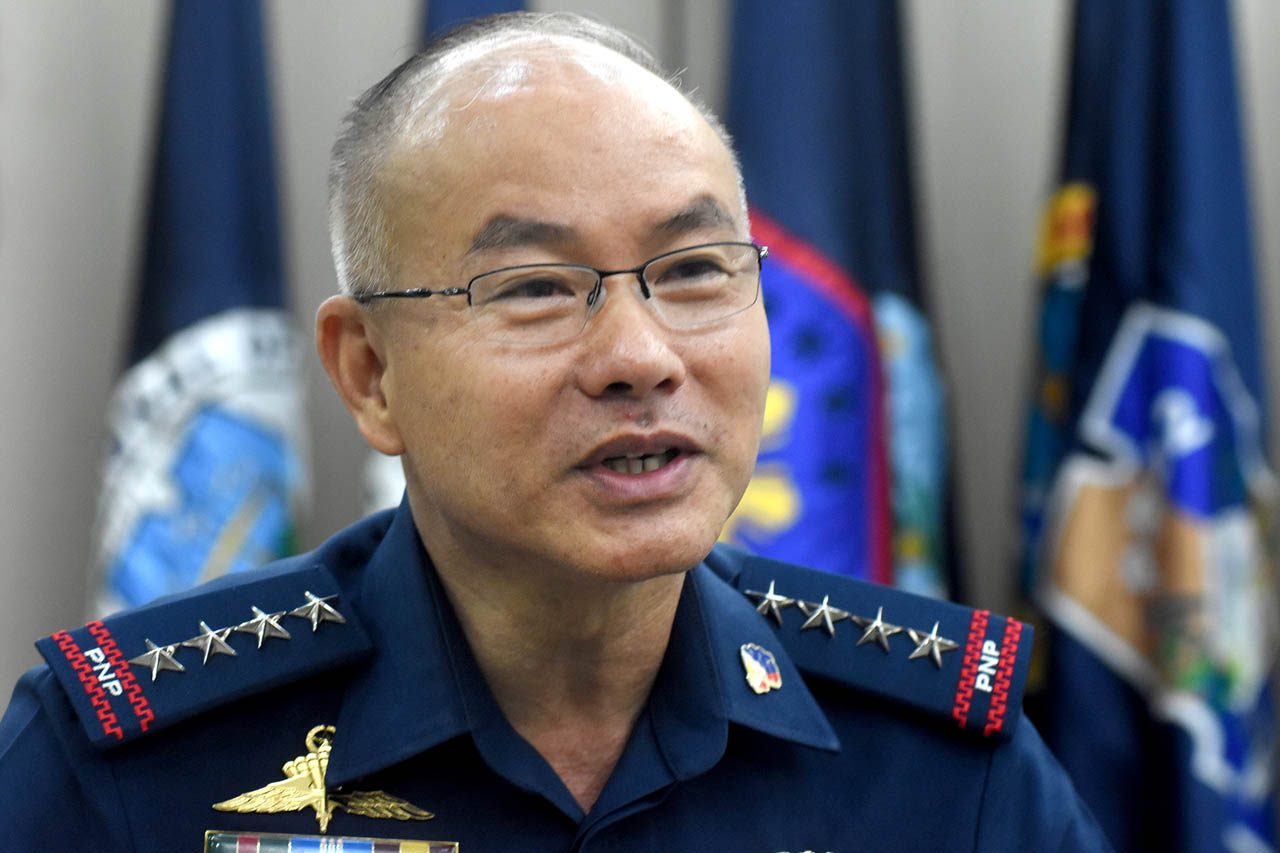 Facebook Twitter Copy URL
Copied
To complete the challenge, officials need to get their tests from the Department of Health, not from their trusted private health clinics

MANILA, Philippines – Just a week before the barangay and Sangguniang Kabataan elections, Philippine National Police (PNP) chief Oscar Albayalde dares all candidates to prove themselves by taking a drug test.

“We’re actually putting this drug test challenge for barangay officials and candidates, although there is no law for this, we wanted to put this challenge for them. If they’re really not hiding anything, why not undergo a voluntary drug test?” the Director General said in a mix of English and Filipino during a Camp Crame briefing on Monday, May 7.

To complete the challenge, Albayalde explained, officials should only get their tests from the Department of Health, not from candidates’ trusted private health clinics.

The top cop framed the dare as a win-win plan, as it would clear the names of suspected narco-officials while informing voters of qualified officials.

“Ito ‘yung sinasabi nga natin eh. Hintayin pa ba na lumabas ang istahan na ‘yan? Hintayin pa ba na maakusahan sila nang ganyan? (This is what we’re trying to say. Should theywait for the list to come out? Do we wait for them to be accused?),” Albayalde said, alluding to the recent controversial release of a drug list by the Philippine Drug Enforcement Agency.

The campaign period for the village polls just began three days ago with the government recording over a million people vying for public office.

These elections are a long time coming, having been stuck in the pipeline for 5 years already.

Recognizing the massive transition, the government has spelled out that they only want candidates who are “matino, mahusay, maasahan” (decent, excellent, reliable) to win.

In line with the Duterte administration’s intense crackdown on the illegal drug trade, one of the criteria that make an ideal barangay official is the absence of drug ties. – Rappler.com