Robredo backs Sereno: I will do everything to right this wrong 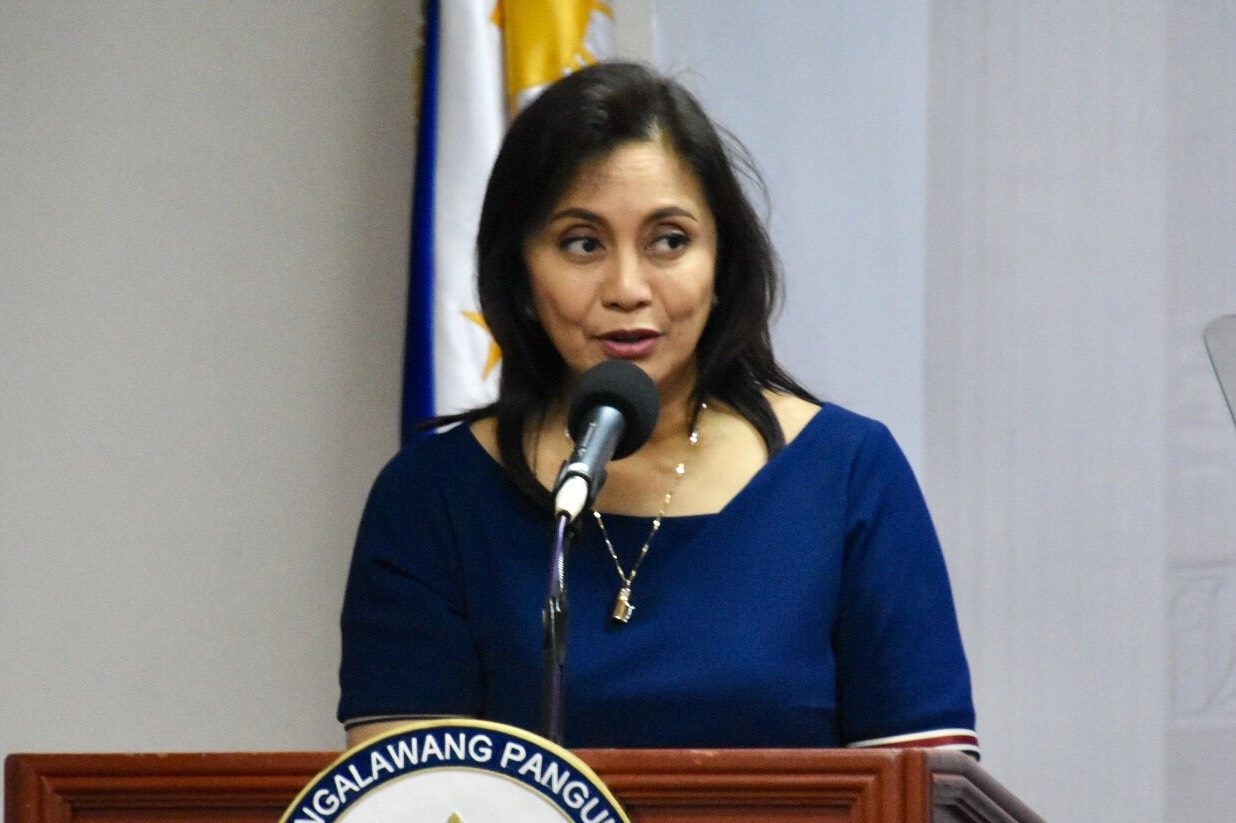 Facebook Twitter Copy URL
Copied
'The quo warranto case against Chief Justice Maria Lourdes Sereno...can be the final blow to the ideal of justice we all depend on…. [It] is not just her fight, it is our fight,' the Vice President says at the Free the Courts forum

MANILA, Philippines – Vice President Leni Robredo made a strong stand on Monday, May 7, in support of Chief Justice Maria Lourdes Sereno, who faces potential ouster from the Supreme Court (SC).

“As your duly-elected Vice President, I took an oath to defend the Constitution. You can count on me to do everything in my power to right this wrong,” Robredo said at the Free the Courts forum at the University of the Philippines (UP) as she hit the quo warranto petition as the “final blow to the ideal of justice.”

Speculations abound that the SC will vote on the petition as soon as Friday, May 11, and that the numbers seem to be against the Chief Justice. Lawyers are up in arms protesting the unconstitutionality of ousting a Chief Justice in a route outside of impeachment.

Robredo said the quo warranto petition against Sereno, which was filed by the Office of the Solicitor General, “weaponizes the courts” which can be used “to kill dissent.” (READ: As quo warranto decision nears, Sereno hits SC for ‘unfairness’)

This was her strongest speech yet regarding the quo warranto petition. It was also a strong statement from a vice president who had so far been trying to maintain a balance between serving with the Duterte administration and being the highest official from the opposition. (READ: Why Leni Robredo can’t be full-on opposition)

Her reference to herself as the “duly-elected Vice President,” which garnered applause from the crowd, was also deemed as a response to the ongoing recount of the votes in the protest filed by former senator Ferdinand Marcos Jr. Robredo had slammed as fake news reports that she had supposedly lost some votes already.

Robredo rallied people to support Sereno, too, and defend the judiciary, whose independence she said had been threatened.

(We can’t just keep quiet in the dark brought about by events the last few months. We have to set aside our fear and fight for our judiciary.) – Rappler.com