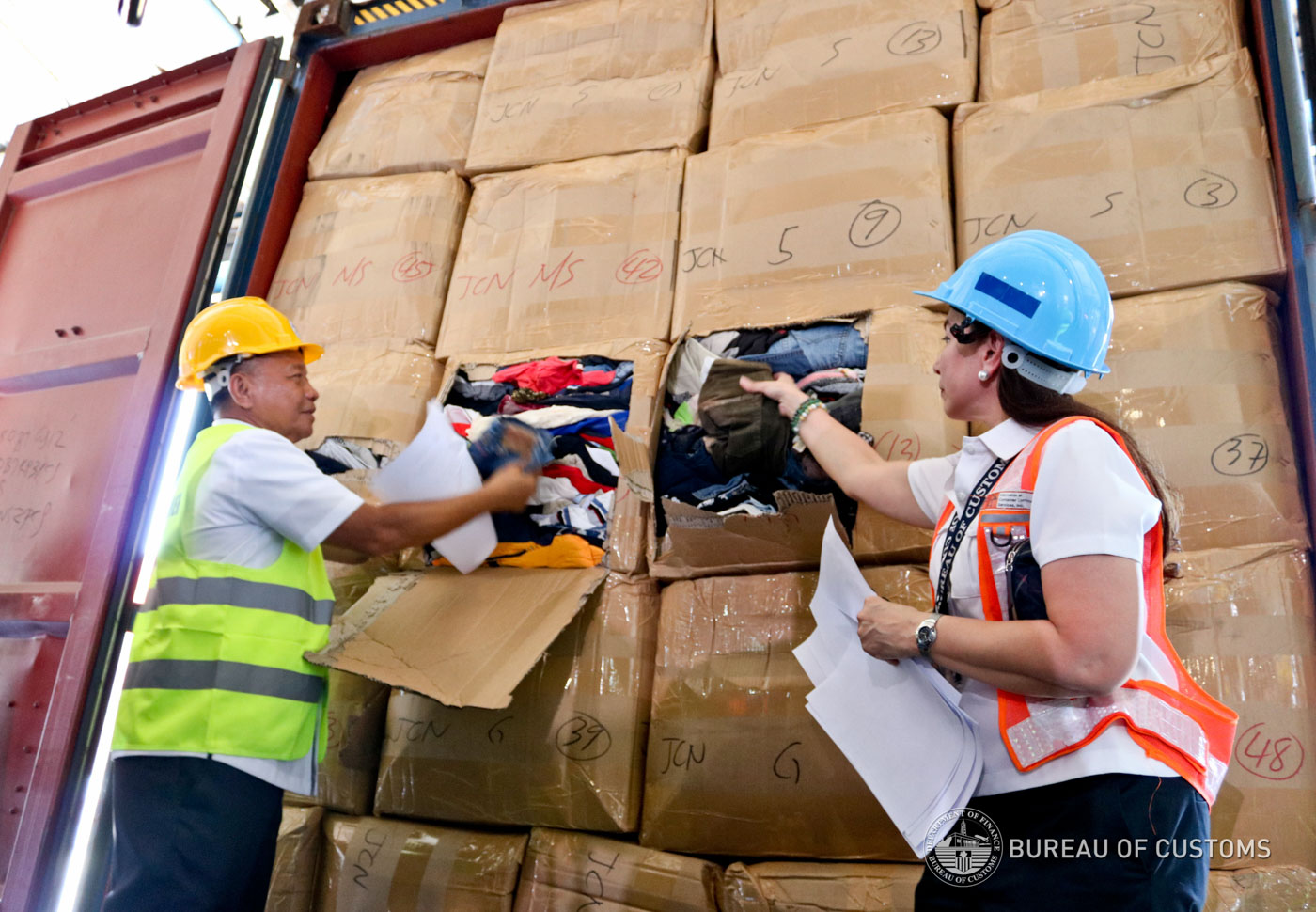 MANILA, Philippines – The Bureau of Customs (BOC) seized P33 million worth of smuggled goods from the Port of Manila (POM) and the Manila International Container Port (MICP).

In a statement on Monday, May 7, Customs Commissioner Isidro Lapeña said the smuggled sacks of rice were for Fastworth Marketing and misdeclared as general merchandise.

“We cannot yet divulge the actual number of sacks inside the container since the customs examiners are still doing an inventory of the smuggled rice,” Lapeña said.

There was also a “white substance” found inside the container of Abundanceprime. It has since tested negative for illegal drugs.

At the MICP, the confiscated goods included used clothing or ukay-ukay and office chairs.

A shipment from Hong Kong declared by Chuanshun Electric (Philippines) Incorporated as transformers turned out to be office chairs, while 3 shipments of Epad Freight Forwarder were ukay-ukay and not “personal effects.”

“We will continue the ground inspection to remind the importers that we are serious in our campaign against smuggling. They have to correct their ways and stop the rampant misdeclaration and undervaluation as it defrauds the government of its rightful revenues,” Lapeña said. – Rappler.com