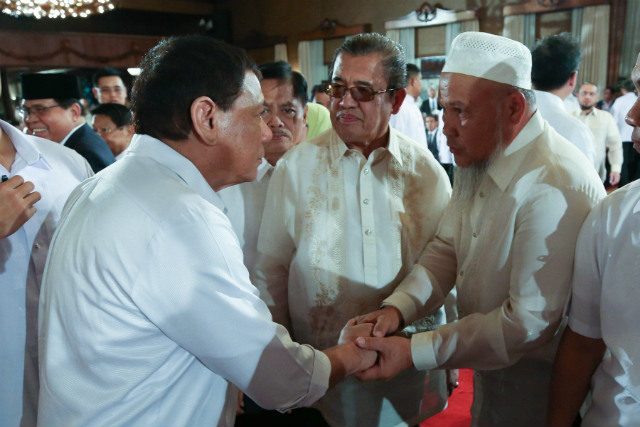 Mamao is the presidential adviser on overseas Filipino workers (OFWs), who has flown to the Middle East for special assignments in the past. Like Duterte, he is a 1972 law graduate of San Beda College.

(That was the decision of the President yesterday – to appoint Secretary Mamao as special envoy to Kuwait),” Roque said in a dzMM interview Tuesday morning.

Roque said Mamao, who just came from Kuwait, will return to the Middle Eastern country as soon as possible. Duterte asked him to stay there until the Philippines has repatriated all those needing repatriation.

The two officials discussed the labor row between the Philippines and Kuwait.

Mamao is returning to Kuwait after the Kuwaiti government expelled Philippine Ambassador Renato Villa over the alleged illegal rescues of OFWs there.

The OFW rescues, which the Philippines’ Department of Foreign Affairs publicized through social media videos, triggered a diplomatic crisis, with the welfare of 262,000 OFWs at stake. (READ: Cayetano denies Kuwait OFW video was for politicking) – Rappler.com