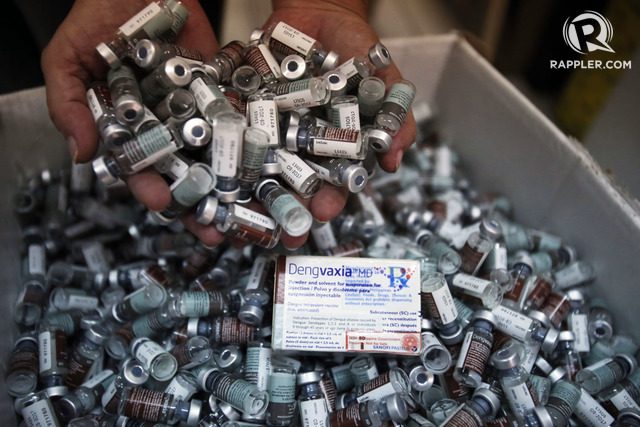 MANILA, Philippines – The Commission on Audit (COA) flagged several aspects in the government’s procurement of anti-dengue vaccine Dengvaxia, including holding pre-procurement activities even before the memorandum agreement was (MOA) signed.

In the COA’s 2017 audit report of the Philippine Children’s Medical Center (PCMC), state auditors noted that 6 pre-procurement activities were conducted by the hospital from January to February 2016, before the agreement with the  Department of Health (DOH) was signed on February 19, 2016.

The PCMC conducted a pre-procurement conference, posting of invitation to bid, pre-bid conference, bid opening, bid evaluation, and post qualification before it signed the MOA with DOH to buy P3 billion worth of anti-dengue vaccines.

In its response to COA, the PCMC disputed the finding.

“It is not true that bidding was conducted before the effectivity of the MOA between the DOH and PCMC,” it said.

PCMC said February 19 was only the notarization date, and the agreement had in fact taken into effect before the pre-procurement conference.

“The DOH Legal Service had reviewed the MOA as early as January 14, 2016, and posed no objection thereto and during the Board of Trustees Meeting, the Board authorized PCMC to implement the dengue vaccination program and accept the corresponding amount from the DOH,” the PCMC said as cited in the audit report. (READ: TIMELINE: Dengue immunization program for public school students)

The COA told the PCMC to “strictly comply with the requirements under the Revised IRR of RA 9184 on the procurement of goods and services.”

Aquino had defended the apparent rush in procurement, citing limits in the budget process that pushed his administration to make use of legal remedies and make sure the vaccines were bought in the early part of 2016, and protect children from dengue as early as possible.

All drugs that shall be bought by the government should be in the NatIonal Formulary. Dengvaxia was not in the formulary, but it had previously secured a one-year provisional exemption from the Formulary Executive Council (FEC).

This was the go-signal to buy Dengvaxia, but COA questioned the process.

“Review of the documents submitted showed that the FEC recommendation for provisional exemption from the Philippine National Drug Formulary (PNDF) was not submitted to the National Center for Pharmaceutical Access and Management (NCPAM) Program Director as required under DOH A.O. No. 2012-0023 but to the DOH Secretary,” COA said.

These issues had already been threshed out in congressional hearings, and complaints had been filed against Aquino, Garin, et al.

The DOH has also already stopped the dengue vaccination program. The COA acknowledges that at this point, their recommendations are already moot.

“We agree that the implementation of the audit recommendations for the purchase of the dengue vaccines have become moot and academic. The inclusion in this Annual Audit Report of the said audit observations is to ensure that implementation of future projects/programs/transactions of similar nature be dealt with proper caution and the due observance of laws/rules/regulations governing the transactions,” the COA said. – Rappler.com