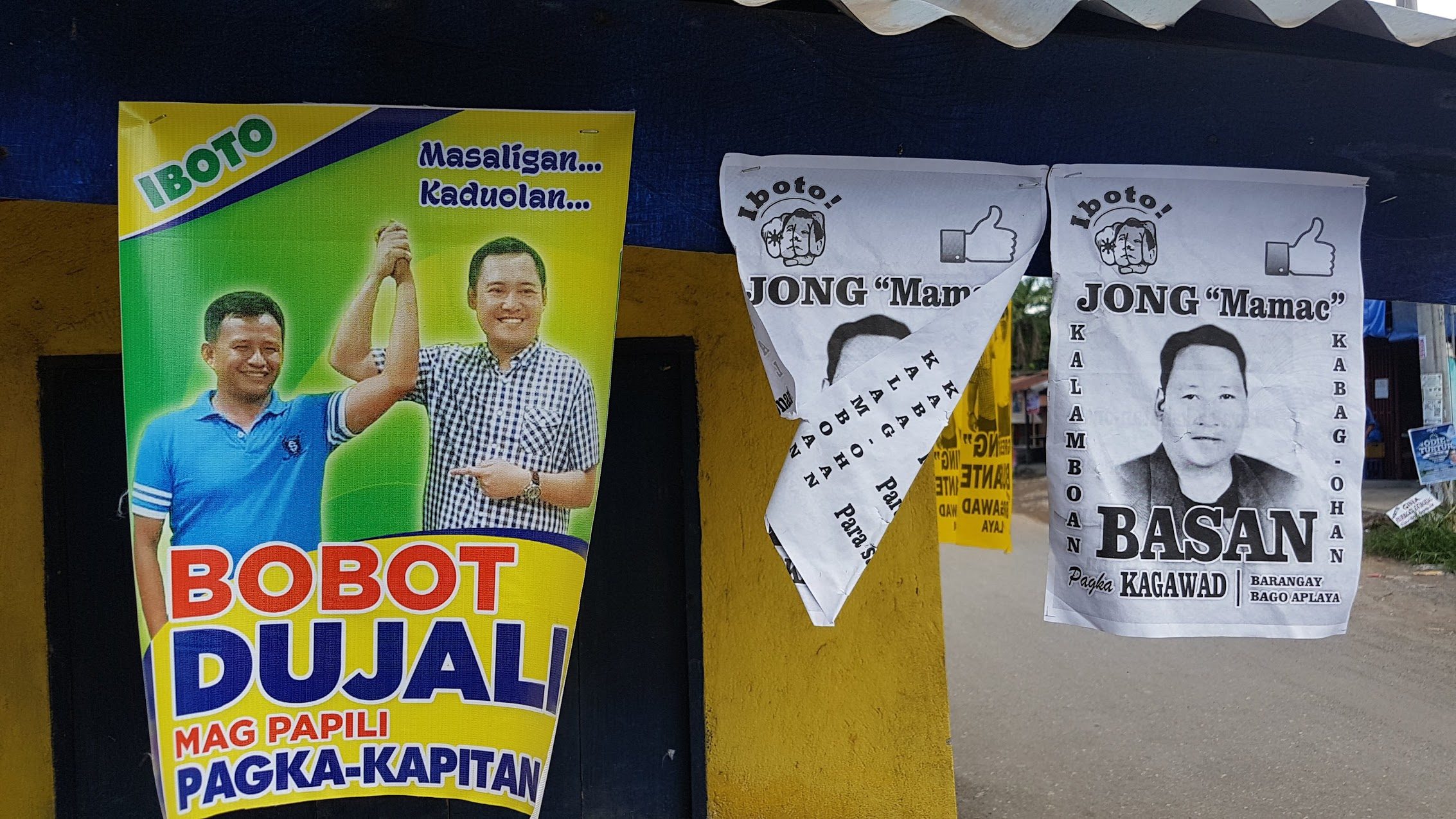 DAVAO CITY, Philippines – Several candidates in the forthcoming barangay elections here have identified themselves openly in campaign paraphernalia as associated with either of the two ruling political families in Davao City.

These acts violate election rules  according to the Comission on Elections (Comelec) which urged politicians to keep the barangay polls non-partisan. Meanwhile, kagawad re-electionist Vic Cabatbat’s campaign poster identify him as a “Hugpong member.” It also has a photo of Cabatbat with Davao City Mayor Sara Duterte-Carpio. Also in Bago Aplaya can be seen posters of kagawad candidates Herry Dandoy, Abdul Imbas, and Allan “Awang” Urtado with the logo of the Hugpong ng Pagbabago, the regional political party formed by Duterte-Carpio and other Davao governors. Kagawad candidate Jong “Mamac” Basan’s poster shows a logo of the iconic fist used by President Duterte in his campaign.

“It is illegal, so it’s not allowed. Because it’s a violation, that is already tantamount to an election offense,” Caballero told reporters.

But Comelec, she said, could not prevent the candidates from identifying themselves with incumbent politicians in local government.

She said “there must be a certain person who can stand up and complain, because if there’s no complainant how can we act on it.”

Earlier, Davao City Mayor Duterte-Carpio said she has received complaints from several candidates on this issue.

One case was by a certain Arnold Llamas who claimed to be head coordinator of Hugpong sa Tawong Lungsod (Hugpong) and came out with a list of candidates “supposedly supported” by the party.

The mayor said  “Llamas has no position in Hugpong and is not authorized to release a list of candidates for the Party.”

“Hugpong is aware of the law restraining partisan politics in the barangay elections and has not endorsed candidates.”