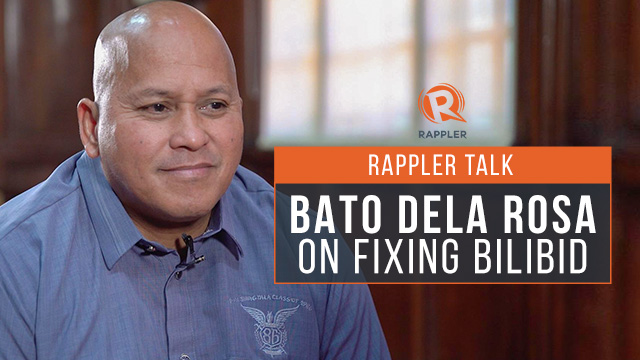 Bookmark this page to watch the interview at 3:00 pm on Friday, May 11

MANILA, Philippines – The New Bilibid Prison has a familiar face standing as its new highest guard.

Retired Philippine National Police (PNP) chief Ronald “Bato” dela Rosa is now the Director General of the Bureau of Corrections, and he has a lot in store to fix the New Bilibid Prison — the Philippines’ controversial national penitentiary.

The post, as Dela Rosa recounted, has been described by no less than President Rodrigo Duterte himself as a challenge that no public official has so far succeeded as illegal drugs trade inside the Bilibid has come back time and time again.

Will the President’s favorite policeman emerge victorious in the job?

Rappler’s Rambo Talabong speaks to Dela Rosa to ask him about his plans to end the drug trade inside the Bilbid, how he would police the country’s other correction facilities, and his political ambitions as the 2019 midterm elections come closer.