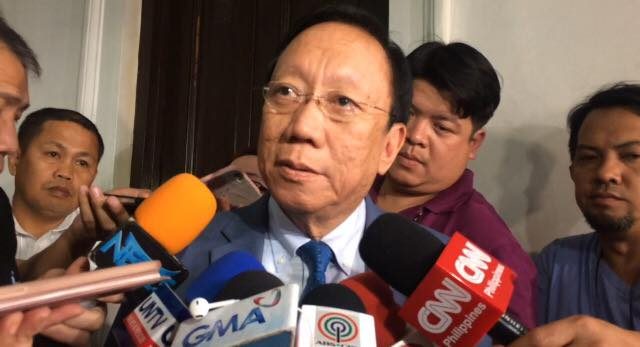 Facebook Twitter Copy URL
Copied
'This decision is the epitome of its exercise of judicial independence,' says Calida who is responsible for the ouster of the chief justice

MANILA, Philippines – Solicitor General Jose Calida can now add this to his list of won cases: ousting a Chief Justice in a process different from impeachment.

Calida basked in his victory again, saying that the Supreme Court’s decision to oust Sereno “augurs well for the country as it preserves the stability and integrity of the Judiciary.”

“This decision is the epitome of its exercise of judicial independence,” Calida said in a statement on Friday, May 11, just after the SC en banc decided to oust Sereno by a tight vote of 8-6.

The ouster of Sereno augurs well for the country as it preserves the integrity of the Judiciary. pic.twitter.com/oJFk8aNwo2

The top lawyer’s views are in stark contrast to his peers in the legal profession.

Just before Friday, more than 100 law professors signed on to a manifesto that called for the dismissal of the quo warranto petition saying it is unconstitutional.

“It will expose those involved to the same vicious cycle of extrajudicial removal process which will subvert the constitutional check and balance and endanger judicial independence,” said the manifesto whose signatories include former solicitor general Florin Hilbay. (READ: Disbarment threat hangs over Sereno’s head in SC ouster)

Law deans Chel Diokno from La Salle, Sol Mawis from Lyceum, Mel Sta Maria from the Far Eastern University and Pacifico Agabin formerly of the University of the Philippines also signed. (READ: After ouster as CJ, Sereno says ‘the fight has just started’)

For Calida, however, the law professors are just among the “raucous voices of those pretending to champion the Constitution.”

“The magistrates stayed true to their oath and faithfully adhered to the rule of law,” Calida said.

He added: “Lastly, I implore the Filipino people to continue the fight against those intending to undermine the stability and integrity, not only of the Judiciary, but also of the government as a whole.” – Rappler.com