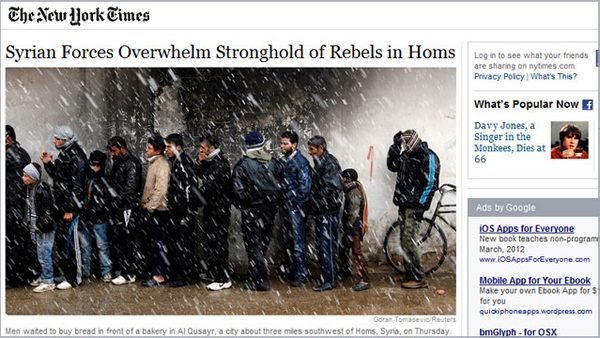 The Philippines abstained in a resolution passed by the United Nations Human Rights Council condemning violation of human rights by Syrian President Bashar al-Assad. It was one of 3 countries, including India and Ecuador, that abstained in the voting. China, Russia and Cuba opposed it, while 37 voted in favor. Meanwhile, Syrian rebels withdrew on Thursday, March 1, from the Baba Amr district of the central city of Homs, handing what seemed like victory to loyal troops of the Syrian President.

The New York Times has the full story. Updates from CNN here.