The burden of TRAIN law on Filipino mothers

May 13, 2018 11:37 PM PHT
Eloisa Lopez
Facebook Twitter Copy URL
Copied
Mothers feeling the pinch due to the TRAIN law gather in Mendiola to ask the government to make adjustments and address people's needs 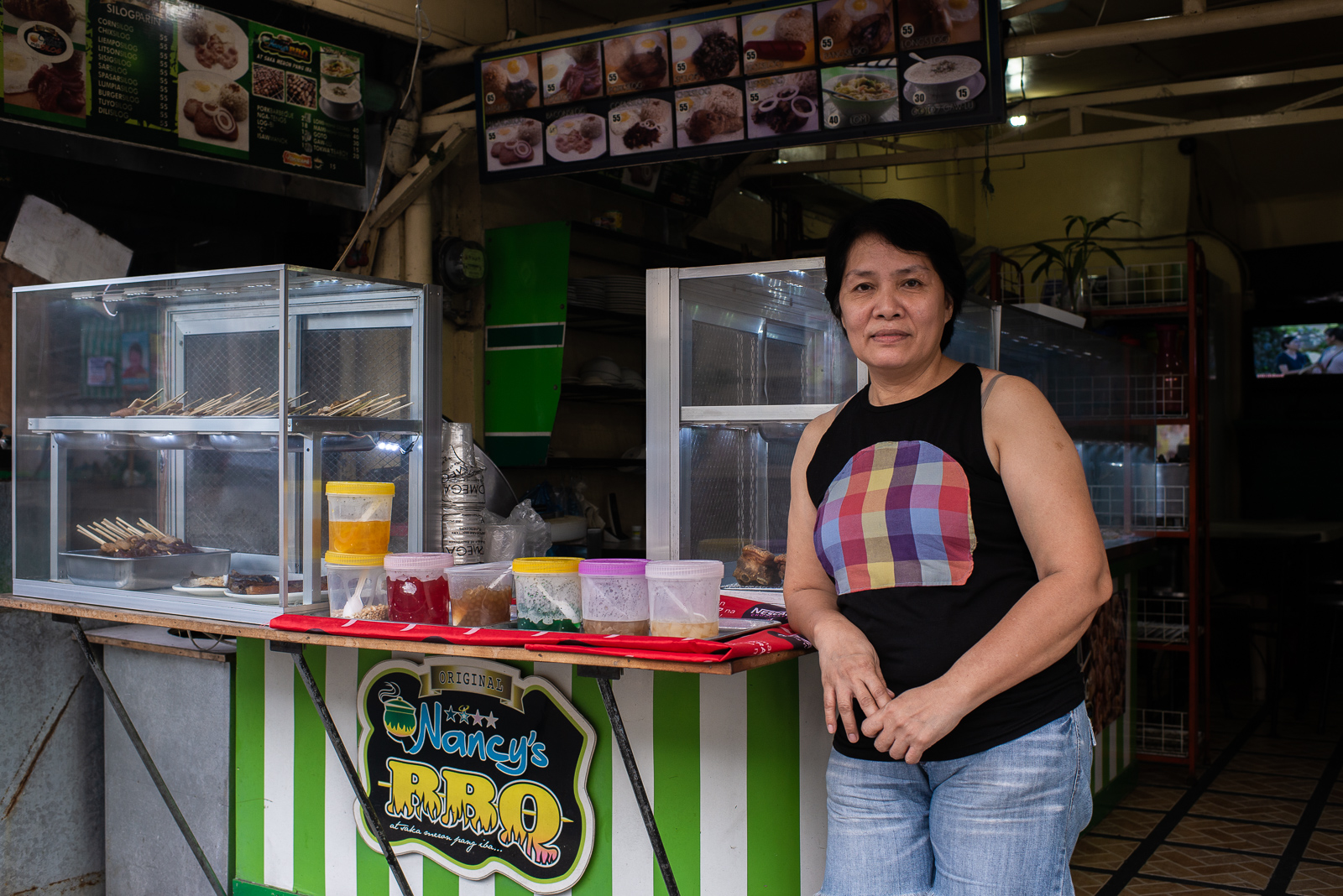 MANILA, Philippines – There is no challenge in business that Nancy Castro has not been able to surpass.

It has vigorously provided for her family of 3 children, which she has likewise successfully all put through college.

But that was all before the recent increase of taxes.

For the past few months, Nancy’s BBQ has been struggling from the sudden surge of market prices caused by the implementation of the Tax Reform for Acceleration and Inclusion or TRAIN law, so much that the thought of closing shop has crossed Nancy’s mind.

Her statement is not an exaggeration. While the Tax Reform for Acceleration and Inclusion or TRAIN law increases Filipino workers’ take-home pay, it also increased taxes on sweetened beverages, cigarettes, cars, and fuel.

And although this only affects a few products, other industries that widely use these are passing on the burden of the increased prices to their consumers. Now, even the prices of meat, vegetables, and rice have increased.

The bearer of the biggest burden then becomes small business owners like Nancy who cannot afford to increase their prices too much, lest they lose their loyal customers.

So even if her canteen’s monthly electricity bill has increased from P6,000 to P9,500, Nancy cannot afford to increase the prices of her barbecues and budget meals because the competition is high in her area. Recently, she has only been saving 1/4 or less of her “good month” income.

It is much worse for mothers with even lower incomes.

On Thursday, May 10, these mothers gathered at Mendiola, Manila to appeal to the government to review the TRAIN law and adjust according to the needs of the people.

With the theme “Juan Suffering Nanay,” the group of women voiced their frustrations about the painful impact of the law to their daily living. 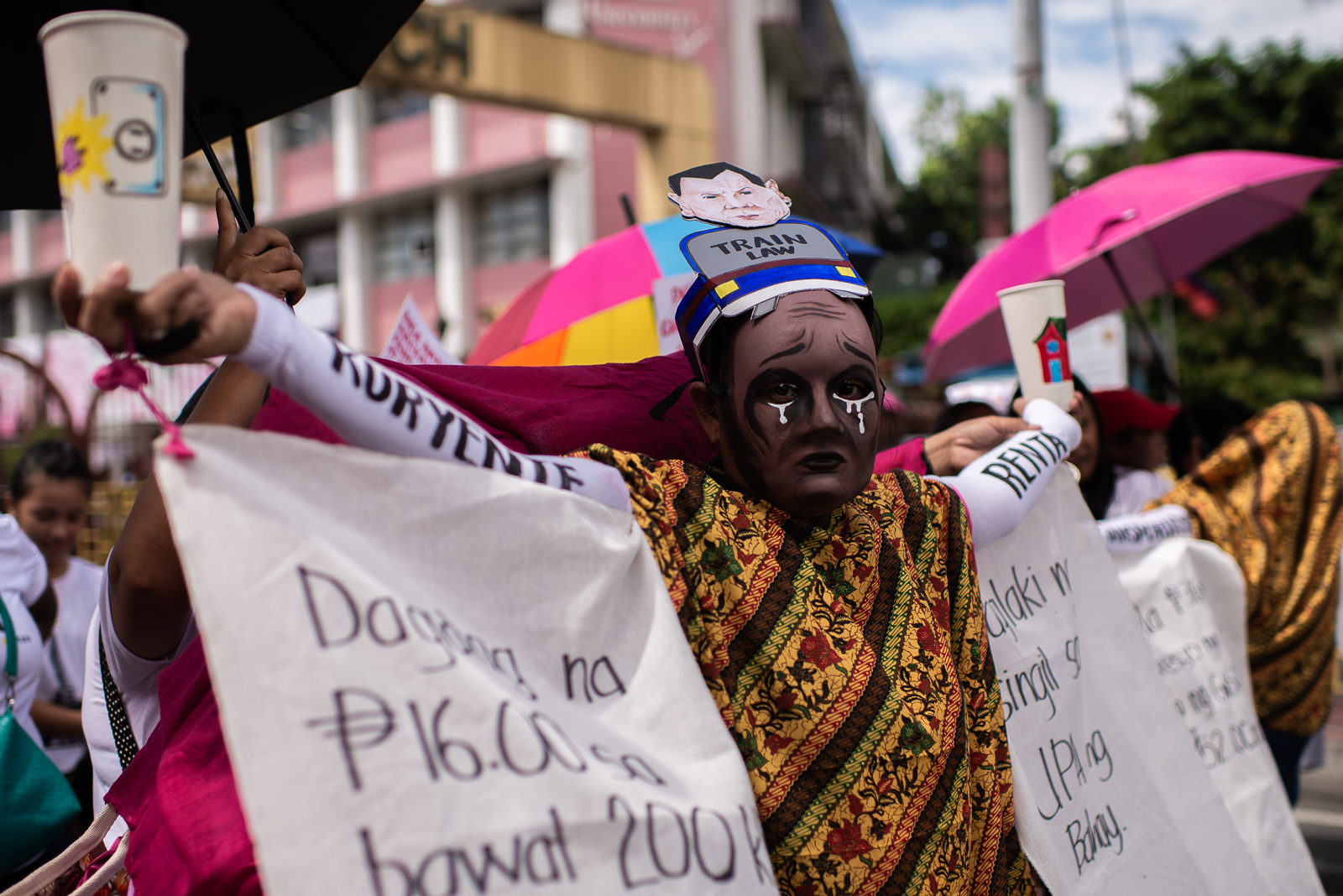 (That law is too deceiving… They will remove our tax, but the prices of goods have increased… I hope they revisit that law and, if possible, repeal it.)

Ana, a mother of elementary and high school students, said she has been struggling to keep them going to classes because there isn’t always enough on the budget for their transportation or school allowance.

As a single mom, the struggle is even worse for her as her main income comes solely from contractual projects with the local government. With merely 20,000 a month, Ana has been surviving her children hand-to-mouth.

What could be done?

Rather than having the poor families adjust, “Philippine Tax Whiz” Raymond Abrea said the government should regulate the prices on the market, and suspend the implementation of the law when the inflate rate exceeds a certain threshold “to avoid compromising the poor.”

He added that the promised conditional cash transfer by the Department of Social Welfare and Development to the poorest 10 million households, should have been provided the same time the law was implemented.

“The tax administration should have been given more time and budget to efficiently implement new tax laws, promote awareness and train its people including the taxpaying public,” Abrea said. 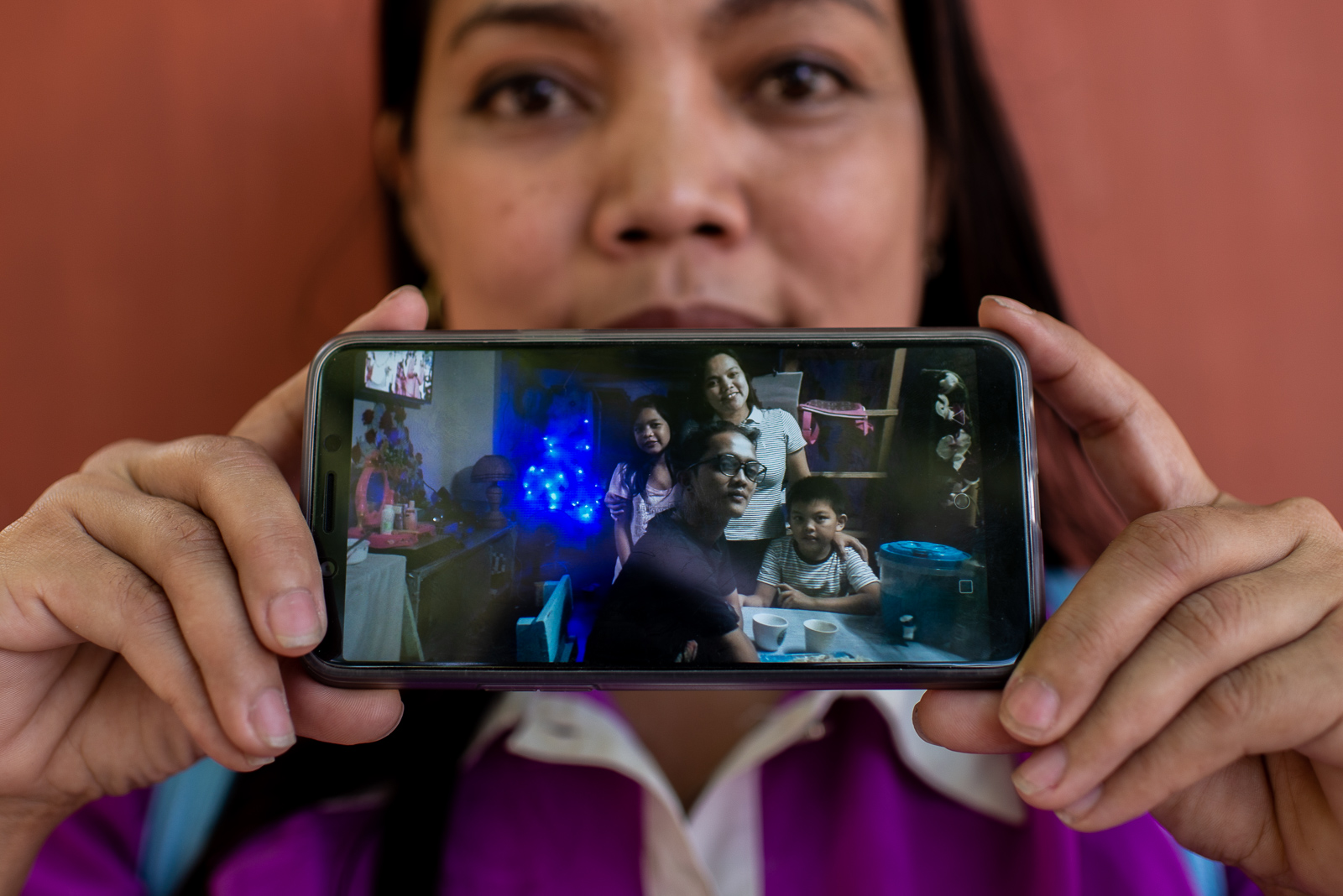 “Since the poorest among us are really the most affected by price increases, the social mitigating measures like conditional cash transfer, discounts and free skill trainings should have been made available at the same time the new taxes were imposed to really “mitigate” or lessen its impact,” Abrea added.

Abrea however clarified that these subsidies are only meant to help and not fully provide. “Any subsidy will never be sufficient as long as the recipients rely solely on it.”

His suggestion? Skill and capacity building, livelihood and entrepreneurship programs to train Filipinos to be more productive and financially independent. A good example, he said, is the Negosyo Centers under the Department of Trade and Industry.

For Nancy, this could have been a good enough compromise. “Hindi mo dapat isisi sa gobyerno ‘yung paghihirap mo, pero dapat marunong din magbalanse ang gobyerno ng mga patakaran,” she said. (We shouldn’t blame our sufferings on the government, but the government should learn to balance its policies as well.) – Rappler.com