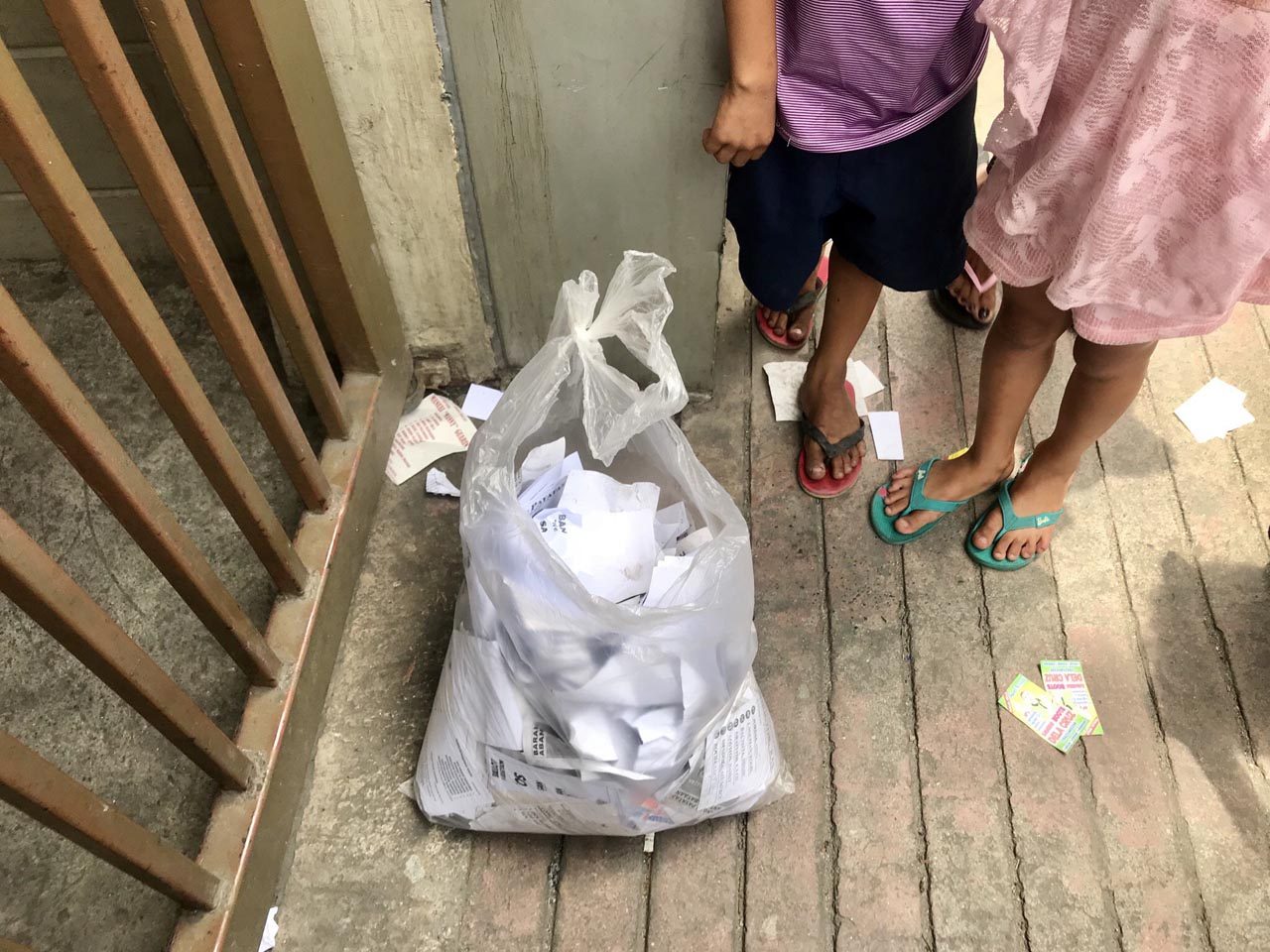 MANILA, Philippines (UPDATED) – One man’s trash is another man’s treasure. This rings true especially in one of the most impoverished and populated barangays in the Philippines: Barangay Payatas in Quezon City.

So when the day of the barangay and Sangguniang Kabataan (SK) elections came, some local families saw gold in white campaign paraphernalia already thrown away.

A few children were sent to pick up the paraphernalia just outside the Melencio Castelo Elementary School, one of the biggest polling centers in Barangay Payatas. The instructions were simple enough for minors to follow: Pick up the white campaign materials, ignore anything colored. Sell everything you get for P8 a kilo. Don’t expect more, don’t accept less.

It is a game more than a job to the children, who compete to find the cleanest papers lying on the asphalt.

Jemark*, the oldest of the group at 8 years old, said that for the past 3 weeks, they’ve been able to drag 10 kilograms of white paper per day to a junk shop.

“Pinakamarami po ngayong araw (We’re getting the most amount of trash today),” Jemark said with a grin.

That much is evident, as areas surrounding polling precincts are carpeted with hundreds of leaflets, declared illegal by the Commission on Elections on the big day.

It’s the same scenario over at the Rosauro Almario Elementary School in Manila, where most of Tondo’s population voted on Monday. Street kids Jon and Rey helped each other fill a sack with sample ballots, fliers, and other campaign materials.

Unlike in Payatas, however, the duo will be getting much less. For one sack of paper, Jon and Rey are sharing P3. “Unang sako pa lang namin ‘to (This is just our first sack),” said Jon.

Back in Payatas, we asked where the children’s parents are. “Nasa bahay (At home),” they all said.

Carlo 7*, showed us his big brother who slept just inside their family sari-sari store in front of the school which served as a polling center. A friend of his brother, who was manning the store, reminded the children that voting ends at 3 pm.

The children are not entirely left alone in their task. Some good-natured residents stop for a minute or two, helping the kids pick up campaign materials. Others place papers straight into the children’s trash bag.

Jemark doesn’t remember the first time he picked up trash while the elders picked their community’s leaders, but he knows the job won’t be ending soon. 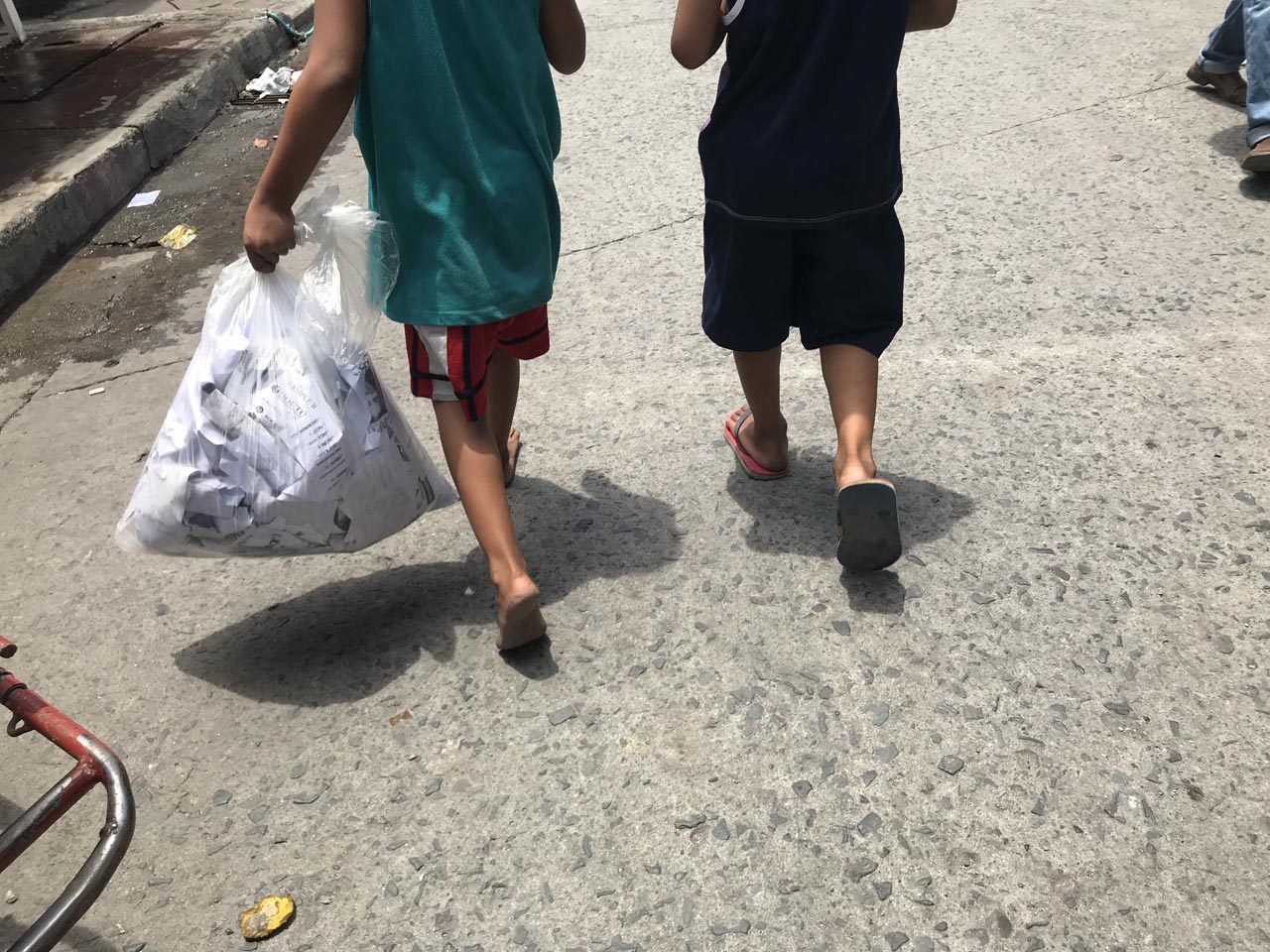 – with a report from Eloisa Lopez / Rappler.com

*Children’s names have been changed to protect their identity.