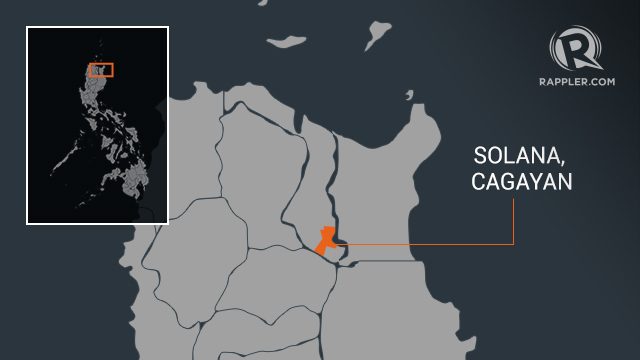 CAGAYAN, Philippines – The Cagayan provincial police said the group of Solana town police chief Renz Baloran survived an ambush which the cops were patrolling around 12 midnight on Tuesday, May 15.

In a report to Senior Superintendent Warren Tolito, Baloran said their group was near Pangul bridge in Barangay General Balao in Solana when an unidentified armed group opened fire at them.

The group was able to get to a nearby church for cover, as they asked for reinforcement from nearby police force in Piat.

Baloran said no one from their group was injured in the shooting incident that took place several hours after polling precincts closed for the May 14 barangay and Sangguniang Kabataan elections.

As a result, police temporarily held the transport of ballot boxes from the western barangays to the town’s poblacion.

Teacher Jeff Roben Agbisit said they heard gunshots from Gadu Elementary School as they stood by to transport the ballot boxes.

Agbisit said large rocks were placed on the road, apparently to block motorists, including those who would bring the ballot boxes to the poblacion.

“Nakakatakot talaga, as we pass sana sa bridge, may mga nakaharang na mga bato, at maya-maya may putukan na naman (It was really scary. We were about to pass the bridge but the road was blocked, and then there were bursts of gunfire again),” Agbisit said.

Police are investigating the incident to determine the identities of the suspects. – Rappler.com