MANILA, Philippines (4th UPDATE) – President Rodrigo Duterte is not pushing through with a plan to ride a jet ski around Philippine Rise, formerly known as Benham Rise, on Tuesday, May 15.

Special Assistant to the President Bong Go said he and Duterte’s son, Sebastian, will represent the Philippine leader instead.

No reason is yet available why Duterte is not pushing through with this.

Malacañang staff told reporters earlier on Tuesday that Duterte might use a jet ski to visit Philippine Rise.

Photos taken by media show at least 7 jet skis aboard BRP Davao del Sur, which will be used during Duterte’s visit. 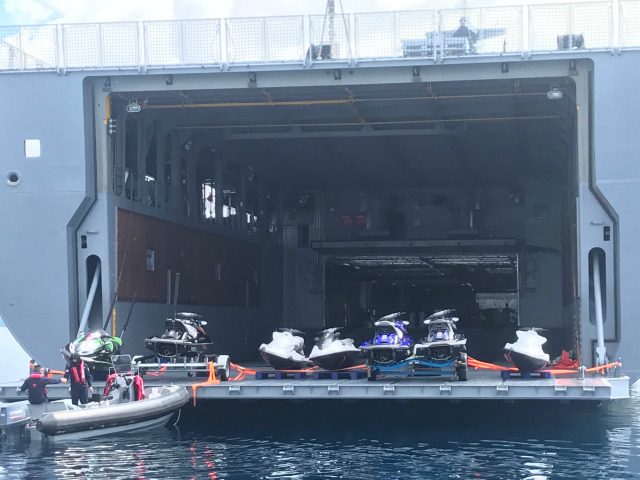 Duterte’s chopper landed at BRP Davao del Sur around 3:45 pm on Tuesday. He was to speak at a program to commemorate the renaming of Benham Rise as Philippine Rise.

Malacañang earlier said Duterte will visit the area from Tuesday to Wednesday, May 16.

When he was running for president, Duterte had also made a promise to ride a jet ski, but to assert the Philippines’ rights over the West Philippine Sea.