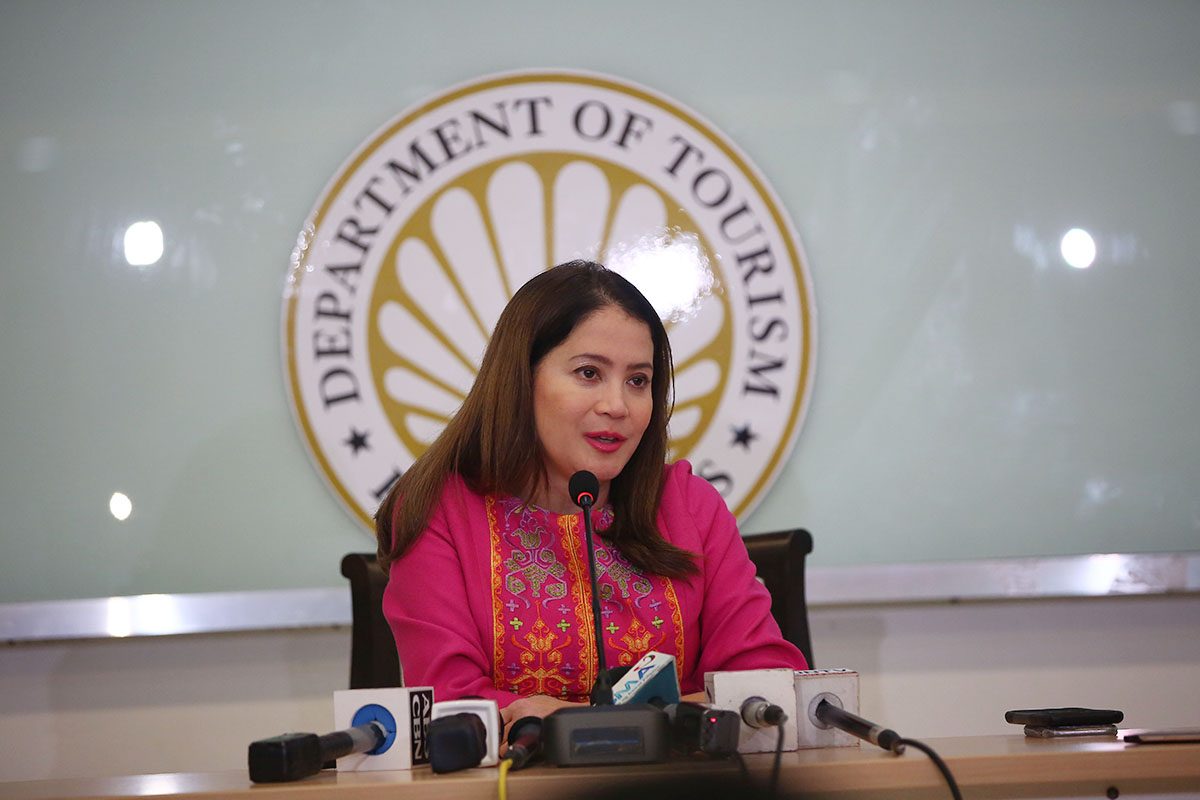 MANILA, Philippines – Newly-appointed Tourism Secretary Bernadette Romulo-Puyat said on Tuesday, May 15, that she will meet with Tourism Promotions Board (TPB) head Cesar Montano to discuss allegations of corruption against him.

Puyat made the statement in a news briefing on Tuesday, when asked about the allegation of Philippine Star columnist Boo Chanco in his column that Montano allegedly paid P80 million for the TPB “Buhay Carinderia” project even before its completion.

“I still don’t have the papers. I will be asking [and] will be arranging a meeting with Mr Cesar Montano to ask about ‘yung mga nabasa ko sa ‘Buhay Carinderia’ – kung totoo ba na walang bidding at ano ‘yung P80 million na advance (what I read regarding ‘Buhay Carinderia’ – if it’s true that there was no bidding and P80 million was paid in advance),” the new tourism chief said on Tuesday.

Puyat said she “trusts” Chanco but would also “want to listen to Montano’s side.”

“I’m planning to talk to him and ask his side. I want to ask all those who were there if it actually happened,” Puyat said in a mix of English and Filipino.

It was not the first time corruption allegations were hurled at Montano. Back in March 2017, TPB employees filed a complaint against Montano for  allegedly “mismanaging” the board, over alleged misuse of funds and approving contracts for events where he himself performed. (READ: Cesar Montano says he’s not affected by mismanagement issues in TPB)

Montano denied the allegations and instead said the accusations were “politically-motivated.”

The new tourism chief said the marching order of the President is to make sure there’s no corruption in her agency.

“If you’re asking me, ano sinabi ni Presidente? (what the President told me)? ‘No corruption.’ Last night I had my oathtaking, ang sinabi niya lang (all he asked me) is to review all the contracts to make sure all has bidding [and] transparent,” Puyat said.

On her first day as DOT Secretary, Puyat asked all non-career undersecretaries and assistant secretaries to submit their courtesy resignation.

Duterte appointed Puyat, a former agriculture undersecretary, after Wanda Teo resigned. Teo stepped down after the Commission on Audit (COA) questioned the P60 million ($1.15 million) paid by the tourism department for ad placements on the show of Teo’s brothers, Ben and Erwin Tulfo. – Rappler.com