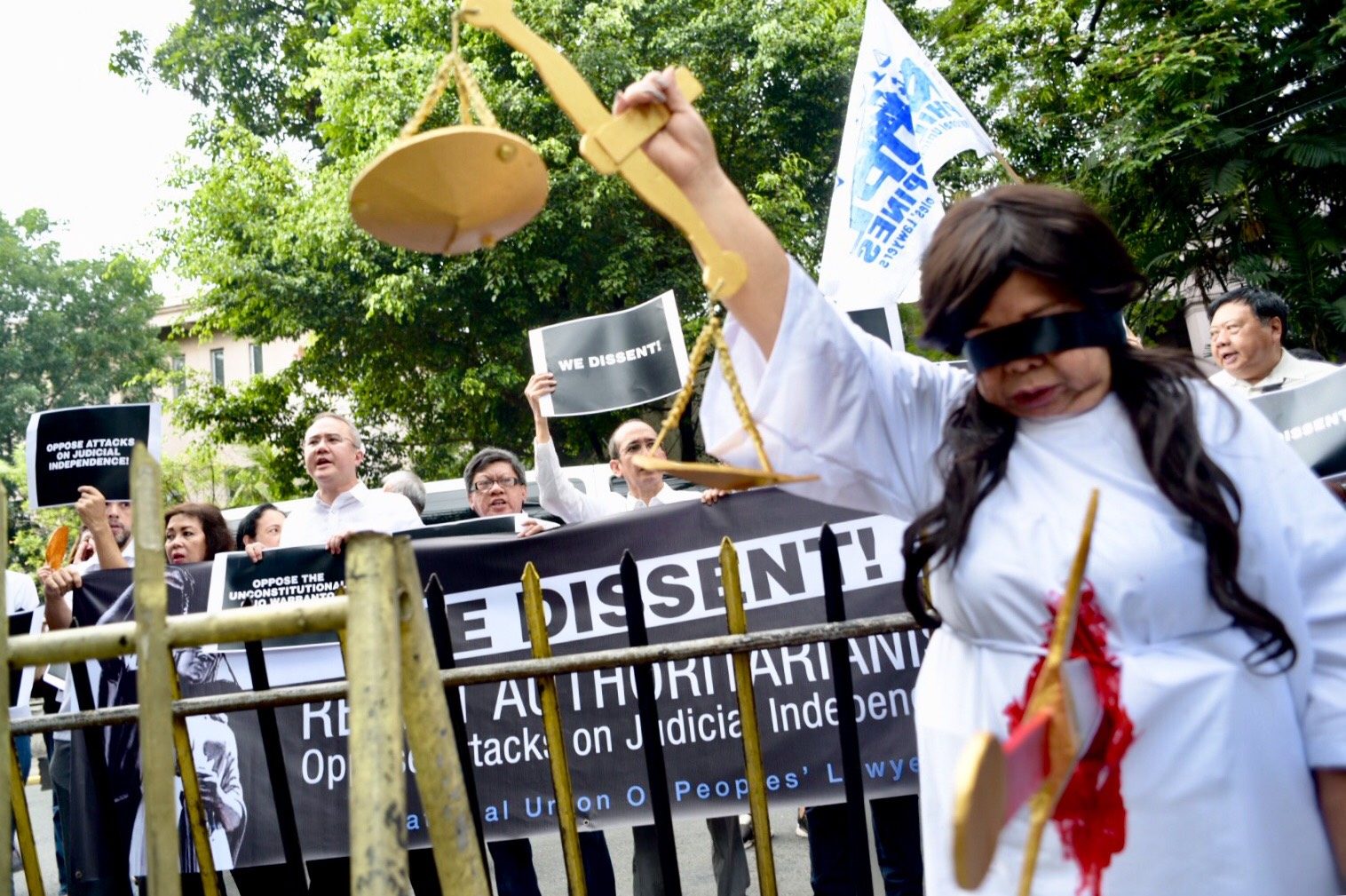 MANILA, Philipppines – The Commission on Human Rights (CHR) on Tuesday, May 15, denounced the granting of the quo warranto petition against Chief Justice Maria Lourdes Sereno.

In a statement, the commission said that the decision “diminished our democracy.”

“It erodes our obedience to the rule of law and departs from the will of the Filipino people,” said the CHR.

The CHR said it is in “disbelief” over the decision, noting that the 1987 Constitution states that a sitting chief justice can only be removed through impeachment.

“The core value of our Constitution lies in its system of checks and balances. Upholding the 1987 Constitution means protecting the Filipino against abuse and concentration of power,” the CHR said.

“We decry that Congress was dispossessed of its exclusive power to decide whether an impeachable officer should be removed,” the commission added.

This sentiment echoes the opinion of various legal groups and government officials.

Opposition lawmakers said the SC committed “hara-kiri,” affecting the “integrity and independence” of the Philippine judiciary.

The Integrated Bar of the Philippines (IBP) has said that it plans to seek the reversal of the ruling.

But constitutional law professor Dan Gatmaytan said only Congress has the “personality” to challenge the petition.

House Majority Leader Rodolfo Fariñas earlier said lawmakers will not yet declare the impeachment complaint against Sereno moot and academic, as they will wait for the outcome of the motion for reconsideration that Sereno’s camp plans to file. – Rappler.com