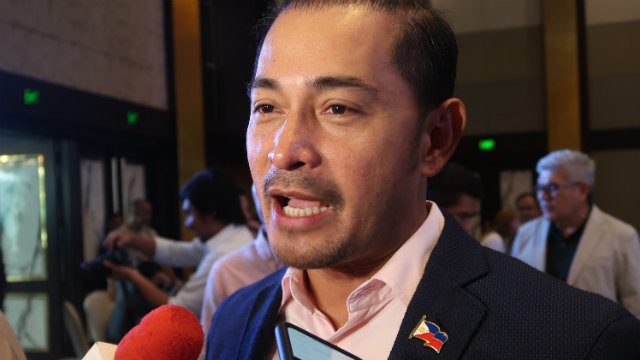 Informed sources earlier told Rappler that the TPB chief operating officer has already stepped down, and Monday was his last day at work.

Montano is at the center of a controversy involving the alleged misuse of funds and mismanagement of the board.

He was involved in an P80-million sponsorship deal for the food tourism project Buhay Carinderia with Mary Lindbert International Incorporated. Montano said the project was “endorsed” by then-Tourism Secretary Wanda Teo.

Regarding that project, Puyat said on Monday: “I would like to consider this matter closed – from my active involvement – but trust that COA (Commission on Audit) will get to the bottom of this episode.”

In a memorandum obtained by Rappler, Montano asked Puyat to designate either of the 3 highest-ranking TPB officials as officer-in-charge of the board. For the Buhay Carinderia project, the TPB had issued checks amounting to P80 million, including value-added tax, in less than a month. The amount is 90% of the total sponsorship deal, but with Mary Lindbert delivering only 15% of the total project outputs. (READ: ‘Buhay Carinderia’ gets P80M in a month under Cesar Montano)

Montano also hired a P1 consultant who “practically runs” the TPB, interferes in the approval of agency-funded deals, and gives orders to employees. (READ: Who is Ronnie Albao of the Tourism Promotions Board?)

Back in March 2017, TPB employees also filed a complaint against Montano for allegedly “mismanaging” the board. They accused him of misusing funds and approving contracts for events where he himself performed. (READ: Cesar Montano says he’s not affected by mismanagement issues in TPB) – Rappler.com