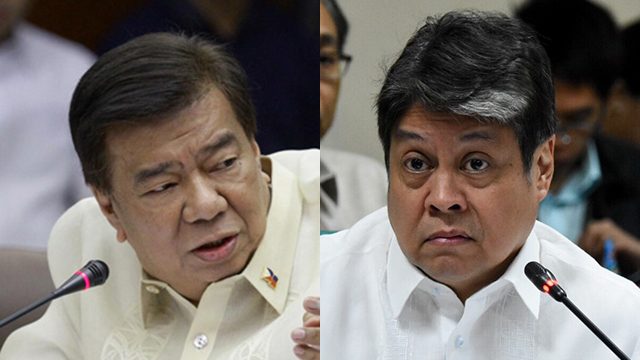 MANILA, Philippines – Thirteen senators, or more than half of the Senate, have already signed a draft resolution urging the High Court to review its decision to oust former chief justice Maria Lourdes Sereno.

Francis “Kiko” Pangilinan, also president of the Liberal Party, said the resolution, which was drafted by the opposition, will be filed Thursday, May 17.

Voting 8-6, the Supreme Court on Friday, May 11, granted the quo warranto petition that sought to remove Sereno because her appointment to begin with was invalid.

In their resolution, the senators asked the Supreme Court to review its decision to “nullify the appointment” of Sereno as chief justice.

Meanwhile, Akbayan Senator Risa Hontiveros urged her fellow senators, specially those who have not yet signed the resolution, to cross partylines and defend the integrity of the institution.

“The Senate has the duty and responsibility to formally communicate with the Supreme Court and ask it to review its decision and restore balance among the different co-equal branches of the government,” Hontiveros said.

“I appeal to my fellow Senators to cross party lines and unite in defending the integrity of the Senate. We cannot issue strong statements on this travesty of the inviolability of the Constitution, yet not back it up with decisive action. We must not allow the Senate to be relegated to a hollow institution howling ineffectually at the margins,” she added.

Drilon, the Senate Minority Leader, said the resolution is meant “to inform the Supreme Court of the sentiment of the Senate insofar as the legal issue is concerned.” – Rappler.com