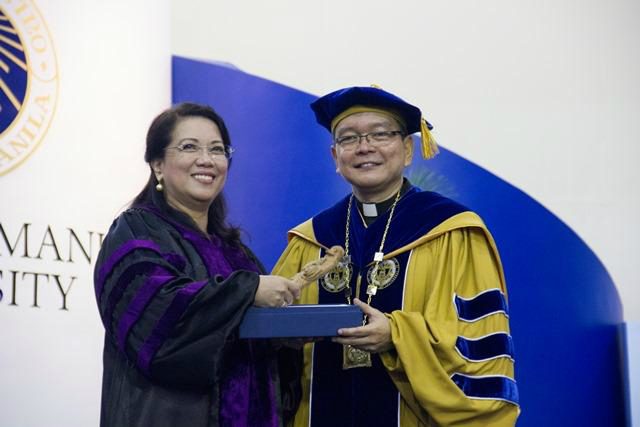 “May pagkakataon pa na itama ang pagkakamaling ito (There is still time to correct this mistake),” Villarin said in a memo to the Ateneo community on Thursday, May 17.

Villarin urged the Ateneo community to convince the SC and the Filipino people to support the motion for reconsideration to be filed with the High Court in the next few days.

He also told them to persuade Congress to assert its right to subject Sereno to impeachment proceedings.

(Our Lord Jesus criticized the Pharisees and Scribes for their blind and narrow obedience to the letter of the law. The right way of heeding the law is following its letter and its spirit. Let us follow the right process according to the spirit of the law so that we will not take the wrong path.)

Villarin called on the Ateneo community to uphold judicial independence and the principle of checks and balances in government.

Sereno, 57, was an economics graduate of the Ateneo de Manila University in 1980, before she took up law at the University of the Philippines.

Villarin, 58, was a physics graduate of the Ateneo de Manila University also in 1980. He was the class valedictorian.

Villarin issued his latest statement after the SC on May 11 ousted Sereno by granting a quo warranto petition against her.

The quo warranto petition stated that Sereno’s appointment was invalid because she did not submit her complete statements of assets, liabilities, and net worth (SALN) to the Judicial and Bar Council, which screens appointees to the judiciary.

After Sereno was ousted, Ateneo students were among those who joined the earliest protests. – Rappler.com