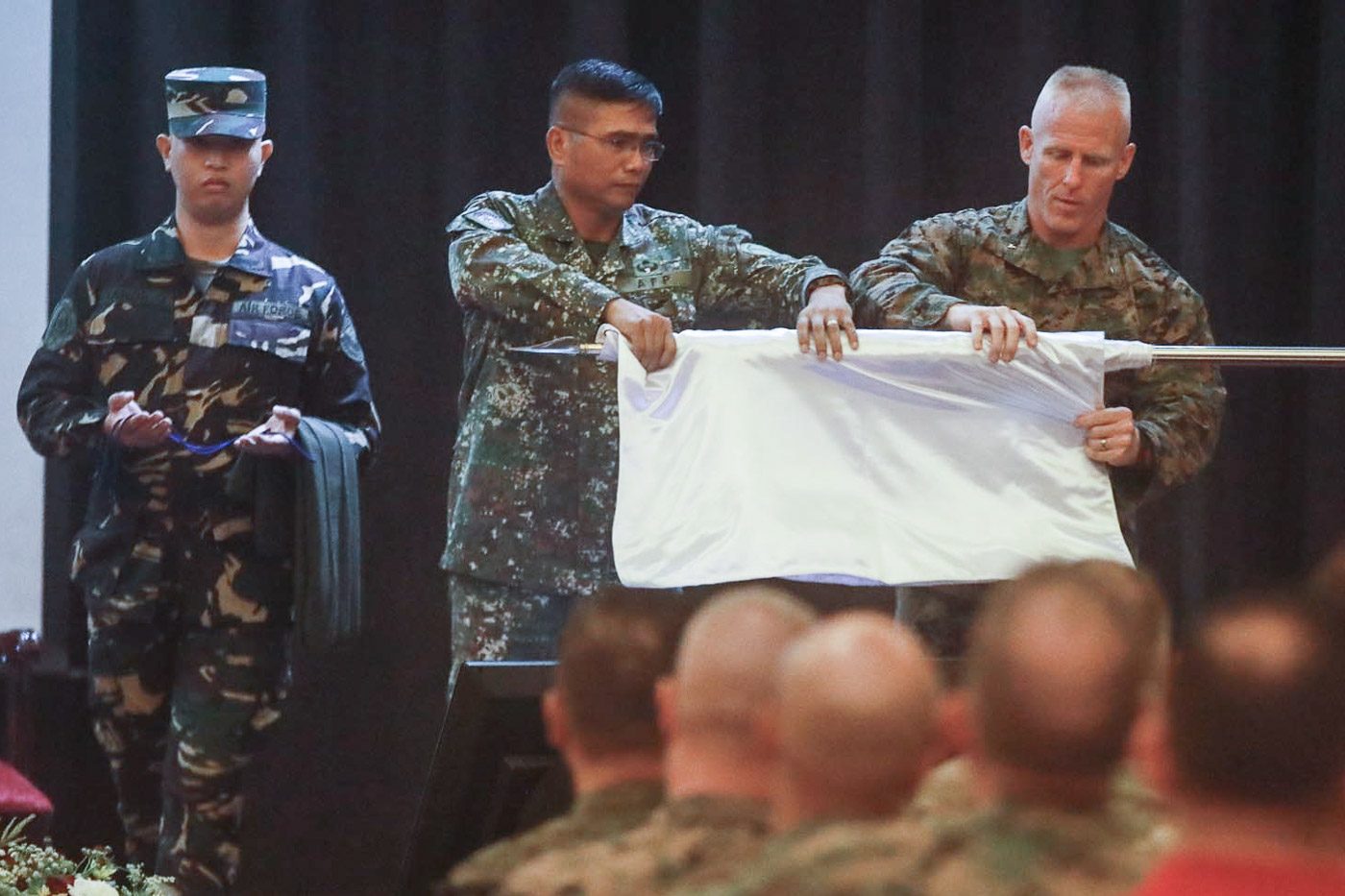 MANILA, Philippines (UPDATED) – The 34th Balikatan exercises between the Philippines and the United States came to a close on May 18, aiming the spotlight at the two allies’ long-forged unity while leaving concerns over China’s militarization of the South China Sea in the shadows.

“With all this iterated I am proud to formally declare the Balikatan exercises 34 [2018] officially closed, we do look forward to [seeing] you back next year,” Armed Forces of the Philippines Chief of Staff General Carlito Galvez said in the Camp Aguinaldo closing rites.

The Friday morning ceremony is a culmination of 12 days of exercises and humanitarian excursions of Filipino and American troops, seeking to cement the armies’ bonds and interoperability.

The exercises this year were executed in the backdrop of China’s aggressive militarization in the disputed South China Sea, which frequented headlines during the US troops’ stay.

The concerns were repeatedly sidelined in the few events that newsmen were given the chance to raise them: Officers from both countries refused to comment on the issue during the opening of the exercises, and in the one drill that was opened for newsmen to participate.

Where the focus was: The US and the Philippines, instead, wanted to highlight their cherished cooperation.

“The Balikatan 34 2018, manifests our commitment and responsibility to pursue cooperation and interoperability of both armed forces with greater emphasis on our combined and joint training activities,” Philippine Exercise Director Lieutenant General Emmanuel Salamat said.

For the US and the Philippines, they simply carried out the exercises according to how they planned them — with not much notice of China’s growing presence next door.

“There are constant things developing within the region but the exercise has long been planned,” said Lieutenant General Lawrence Nicholson of the US Pacific Command during the drills’ opening in May 7.

Salamat echoed Nicholson, saying that they intended to focus on the two armies’ cooperation in any breach of security.

The plan was reflected in the exercises.

The amphibious landing exercise executed in Zambales presumed open-ended “threat” to a coastal town. There was no mention of a terrorist attack, an invasion, or pandemonium from a disaster.

The exercises sought to address threats that are not limited to China, but also looks to the tight position of the Philippines being vulnerable to strong storms and extremist upheavals. – Rappler.com