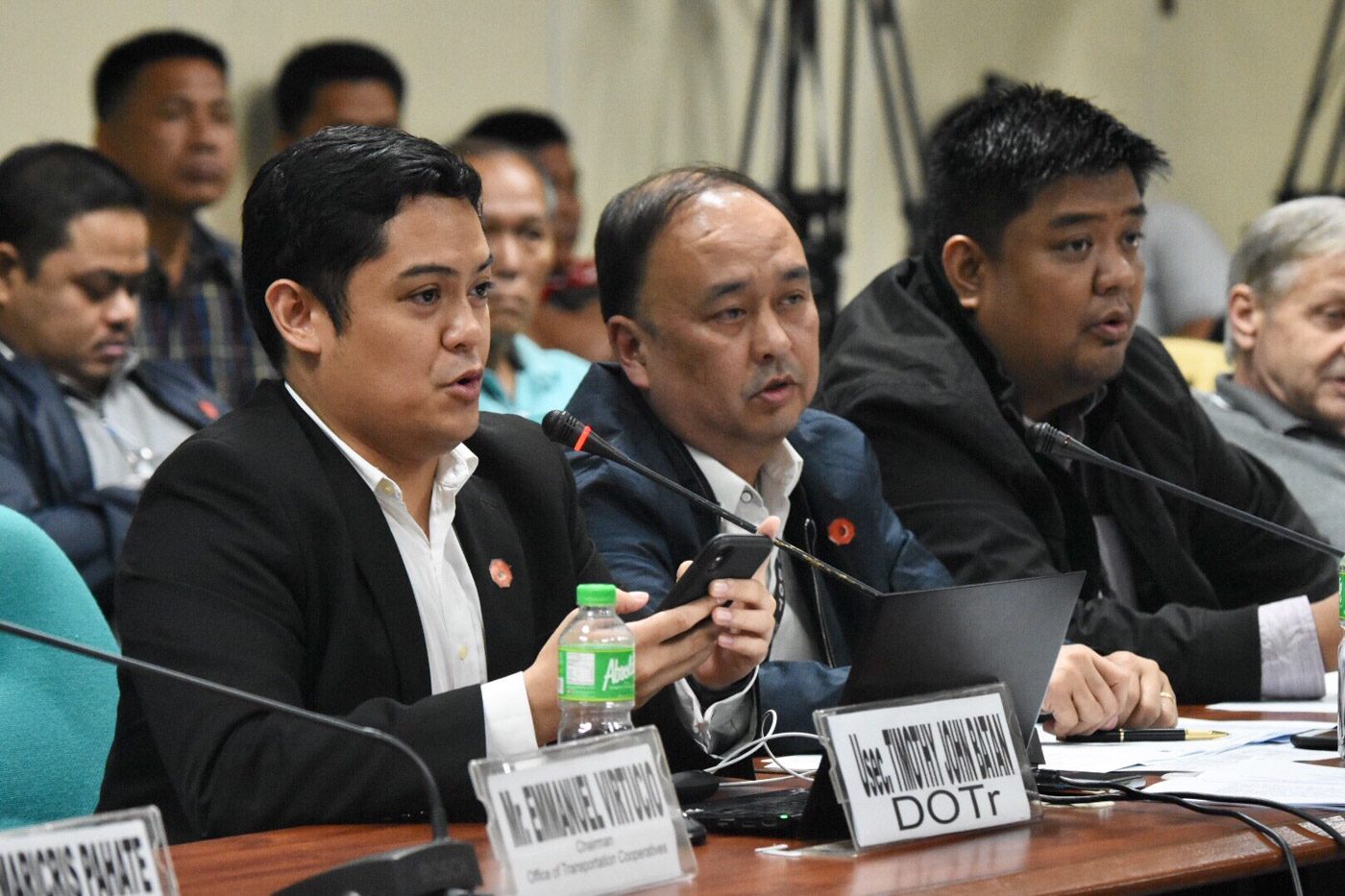 MANILA, Philippines – Transportation Undersecretary Timothy John Batan said on Saturday, May 19, that the allegations of his subordinate in relation to the Mindanao Railway project are  “false, misleading, and uninformed.”

Batan issued the statement in response to the claim of Assistant Secretary Mark Tolentino that senior transportation officials were “derailing” the project.

“I would like to think that what we have here is a miscommunication, resulting from a person’s refusal to understand relevant issues, and what appears to be [with] a trickle of malice,” Batan said.

Batan refuted Tolentino’s claim that the latter was “stopped” from holding a press briefing on Friday, as he was only asked to postpone it. Tolentino proceeded anyway and used it as a forum to air his suspicions against his superiors.

“I told him, and I quote: ‘Just to be clear, all I’m saying is for the press con to be postponed until after our strategy is firmed up based on the upcoming meeting of Ambassador Zhao [Jianhua] and SoTr [Secretary of Transportation Arthur Tugade],'” Batan said.

He added that he had asked Tolentino to “give deference to their principals.”

“[Let us] not pre-empt him with a press con that will likely raise issues that we know will be the subject of upcoming principals’ discussions,'” Batan said, quoting what he told the assistant secretary.

In his press conference on Friday, Tolentino claimed that “higher ups”  at the Department of Transportation were delaying the project in consideration of foreign funding for the project.

Batan and Tolentino are DOTr undersecretary and assistant secretary for railways, respectively.

Batan explained that the Mindanao Railway project requires at least 1,500 kilometers (km) of railways in the island – a big-ticket infrastructure project that requires long-term planning.

“What we are working on building is as much as 1,500 km of railways in Mindanao. We cannot afford to be short-sighted, especially when the objective is that big,” he said.

The DOTr  will meet with the Department of Finance (DOF) and the Chinese Embassy next week to discuss whether the phase 1 of the Mindanao Railway project will be financed through Official Development Assistance (ODA) from China.

China had earlier expressed interest in funding the further phases of the project. The DOTr said that getting China’s support for the other phases “will be more difficult” if the first phase is not China-funded.

“Large-scale infrastructure projects get built with hard work, diligence in understanding complex issues that ensure successful implementation, and perseverance in resolving issues that will lead to project failure. The Mindanao Railway will not be built with name-calling, rumor mongering, and grandstanding,” Batan said.

Tolentino said during the briefing said he was “only accountable to the President” and that he has the “blessing” of the members of the First Family.

“Let me also point out that all of us are responsible and accountable to the President. But, saying that in the context of unfounded anger, setting aside the instruction of his undersecretary, Usec. TJ Batan, and DOTr Secretary Art Tugade, is arrogance in its highest order,” Libiran said.

Citing the media affairs protocol within the department, Libirin said that press briefing requires the endorsement of the concerned undersecretary, communications director, and the secretary.

Libiran also shared in the reporter’s Viber group the Facebook post of Manases “Mans” Carpio, the husband of Davao City Mayor Sara Duterte-Carpio. The presidential  son-in-law said that Tolentino was “spreading lies” that he had the blessing of the First Family.

“Do not ever use the First Family in your shenanigans,” Carpio said.

Asked about the possible consequences of Tolentino’s actions, Libiran told reporters that “a decision will be made anytime soon.”

Tolentino was appointed as DOTR assistant secretary in December 2017. – Rappler.com