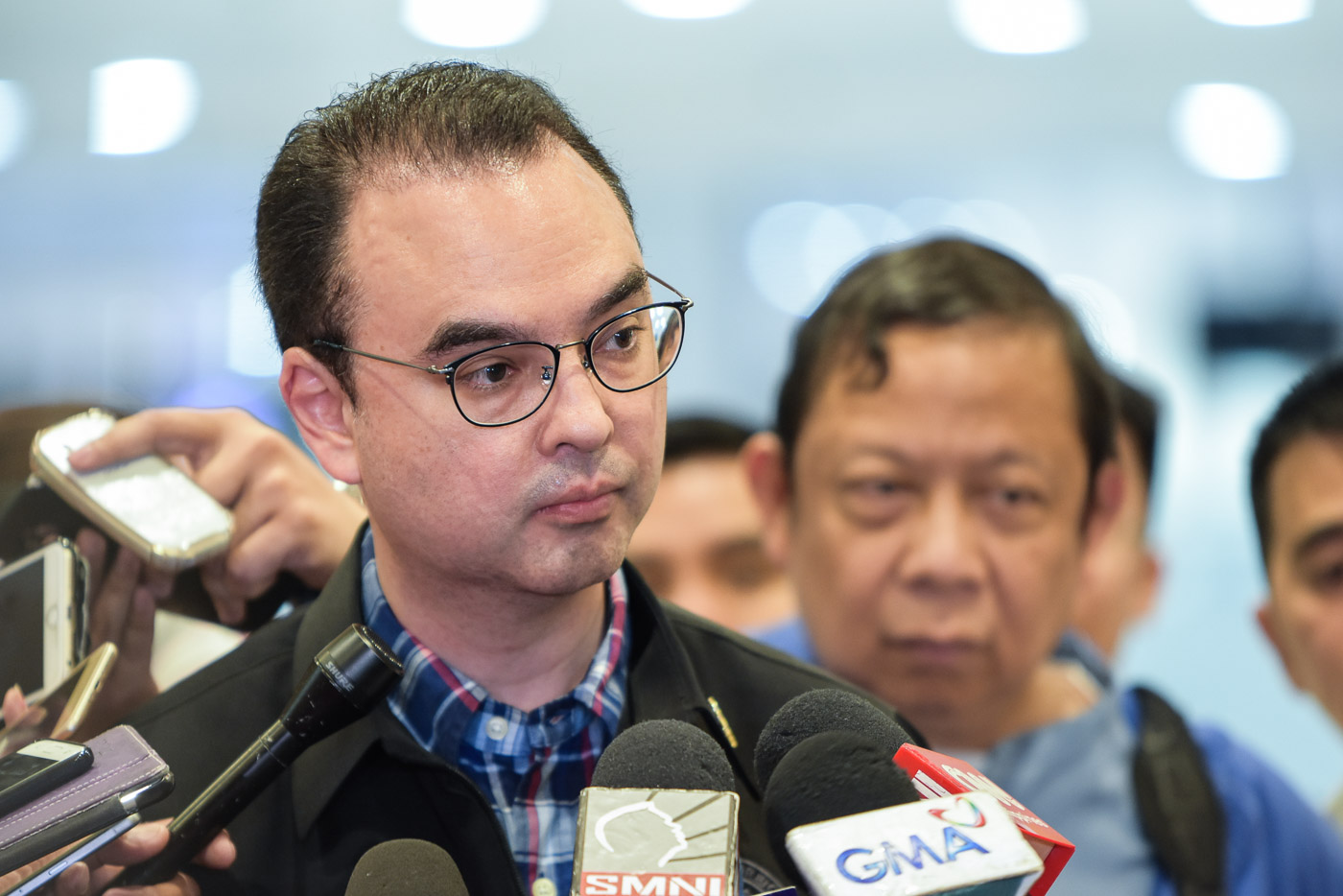 MANILA, Philippines – Despite a barrage of questions from reporters, the Philippine Department of Foreign Affairs (DFA) stayed silent on Sunday, May 20, about the unprecedented landing of Chinese bombers on an island in the South China Sea.

On the DFA’s Viber group, reporters’ requests for comment on the issue remain unanswered as of 2 pm on Sunday.

The DFA, however, has issued press releases on other issues – one at around 1:20 pm on Saturday, May 19, about the Texas school shooting, and another at around 9:20 am on Sunday about a meeting in Hawaii between Philippine officials and retiring US Pacific Command chief Admiral Harry Harris Jr.

While the DFA remains silent on the issue, opposition senators on Sunday slammed China over these Chinese bombers, which landed on the Paracel Islands in the South China Sea.

In a statement on Sunday, Senate Minority Leader Franklin Drilon said he was alarmed at the reported Chinese bombers.

He also cited China’s reported deployment of missiles on parts of the Spratly Islands, which the Philippines claims.

“We must condemn this creeping invasion of our territory and sovereignty,” Drilon said.

He said that the Philippines should assert its rights “not by waging a war against China,” which the country cannot afford, but to wage a campaign for these islands “in other fora.”

Like Drilon, Senator Risa Hontiveros criticized the reporting landing of Chinese bombers in the Paracels.

“By placing our country within striking distance of its nuclear-capable bombers, China has virtually threatened us with nuclear war over the West Philippine Sea,” Hontiveros said.

“This is unacceptable. This is a serious threat to the lives of our citizens, an assault on our Constitution and a direct violation of internationally recognized treaties to which we are a signatory,” she added.

She then urged “a review of our bilateral relationship with China.” She did not give specifics of this proposed review.

“We can’t call a country that robs us of our islands and threatens us with nuclear war a friend,” Hontiveros said.

“I challenge President Duterte and his foreign affairs officials to end their subservience to China and muster the necessary political courage to stand up to protect our national sovereignty and the lives of our citizens,” she added.

Philippine Foreign Secretary Alan Peter Cayetano earlier said it is no longer the Philippines’ strategy to file diplomatic protests against China at “every opportunity we have.”

The Duterte administration, after all, prefers to raise its concerns with China through one-on-one talks, in hopes that better ties with Beijing will translate to economic benefits. (READ: Duterte’s China itch) – Rappler.com