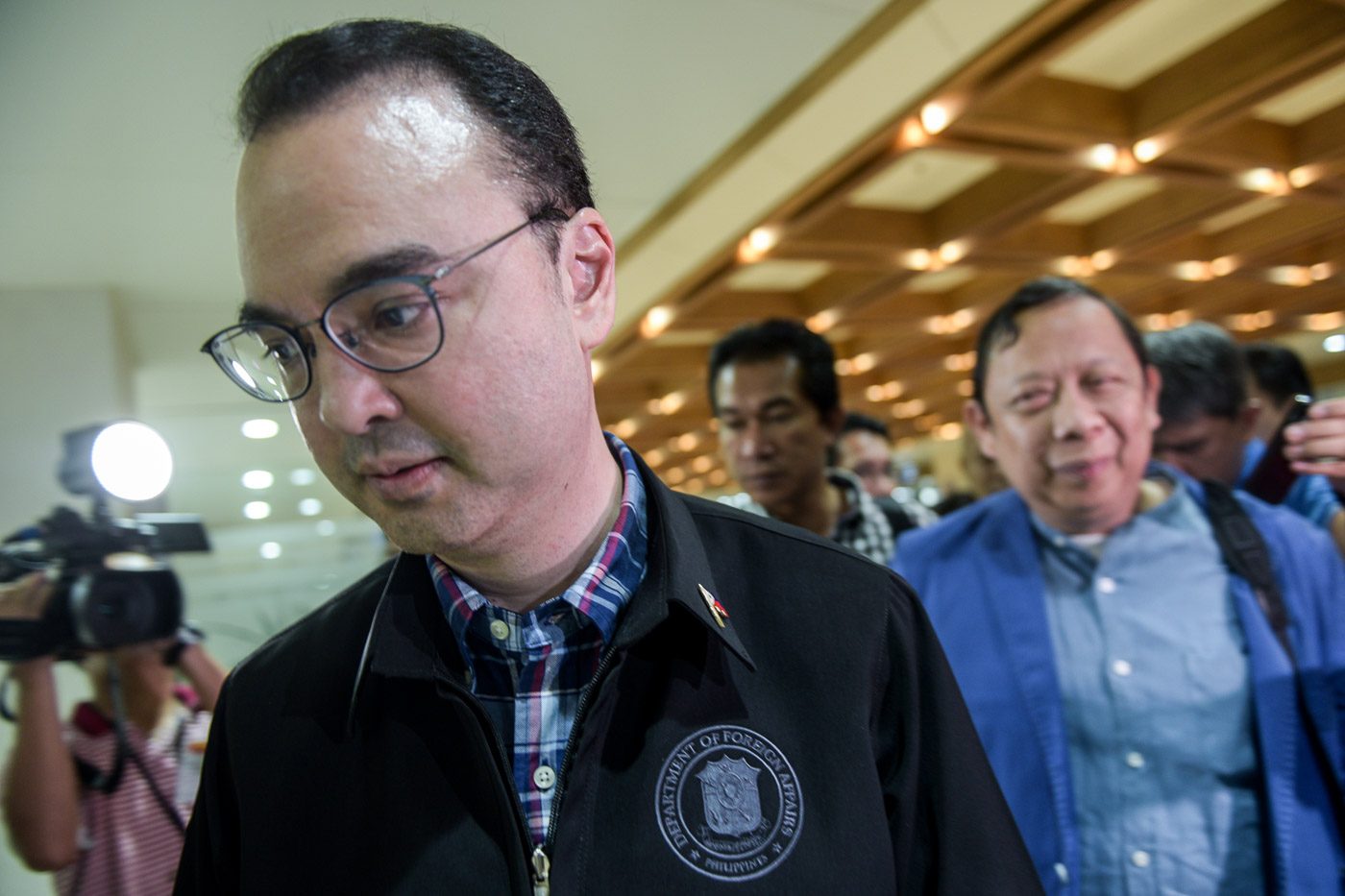 Facebook Twitter Copy URL
Copied
Instead of publicizing a diplomatic protest, the Philippines says it is 'closely monitoring developments in the West Philippine Sea and the South China Sea'

MANILA, Philippines – The Philippines will not publicly condemn China over the landing of bombers in the South China Sea, saying on Monday, May 21, that it was not its policy to “publicize every action” it takes.

“While appropriate language, whether expressions of condemnation or concern, over certain developments are clearly conveyed through diplomatic channels, it is not our policy to publicize every action taken by the Philippine government whenever there are reported developments taking place in the West Philippine Sea and the South China Sea,” the Philippine Department of Foreign Affairs (DFA) said in a statement around 5 am on Monday.

Instead of publicizing a diplomatic protest against China as it had done under the Aquino administration, the DFA said it was “closely monitoring developments in the West Philippine Sea and the South China Sea.”

“We are taking the appropriate diplomatic action necessary to protect our claims and will continue to do so in the future,” the DFA said.

“We reiterate our commitment to protect every single inch of our territory and areas which we have sovereign rights over,” it added.

The DFA issued this statement after two days of silence on the landing of Chinese bombers on the Paracel Islands in the South China Sea.

This is the first time that China landed its bombers in the South China Sea – the latest in escalating moves to militarize these waters.

China earlier deployed missiles on the Spratly Islands, which the Philippines claims, after building artificial islands there.

The DFA, however, claimed that the Philippines “has gained much under the Duterte administration,” and aims “to achieve much more.”

Senate Minority Leader Franklin Drilon on Sunday, May 20, condemned a “creeping invasion of our territory” while Senator Risa Hontiveros challenged the government “to end their subservience to China.”

Philippine Foreign Secretary Alan Peter Cayetano earlier said it is no longer the Philippines’ strategy to file diplomatic protests against China at “every opportunity we have.”

The Duterte administration, after all, prefers to raise its concerns with China through one-on-one talks, in hopes that better ties with Beijing will translate to economic benefits. (READ: Duterte’s China itch) – Rappler.com