IN PHOTOS: Ballot retrieval in Iloilo for Marcos-Robredo electoral protest MANILA, Philippines – The Supreme Court (SC), acting as the Presidential Electoral Tribunal (PET), began retrieving ballot boxes from all over Iloilo on Monday, May 21, for the electoral protest filed against Vice President Leni Robredo.

As of 9:40 am, election officers from Guimbal, Igbaras, San Joaquin, and Tubungan had arrived at the staging area to turn over the ballot boxes to the PET Retrieval Team. (READ: TIMELINE: Marcos-Robredo election case)

Robredo’s legal consultant Emil Marañon III was seen observing the turnover of ballot boxes to the PET on Monday. The retrieval process will be held until Friday, May 25, and will follow this schedule:

Once all ballot boxes are received by the PET Retrieval Team, they will bring the ballot boxes to the SC-Court of Appeals Gymnasium in Ermita, Manila for the recount process.

Iloilo is the second pilot province chosen by Robredo’s rival and ex-senator Ferdinand “Bongbong” Marcos Jr where initial recounting of ballots will be held, the other two being Camarines Sur and Negros Oriental. 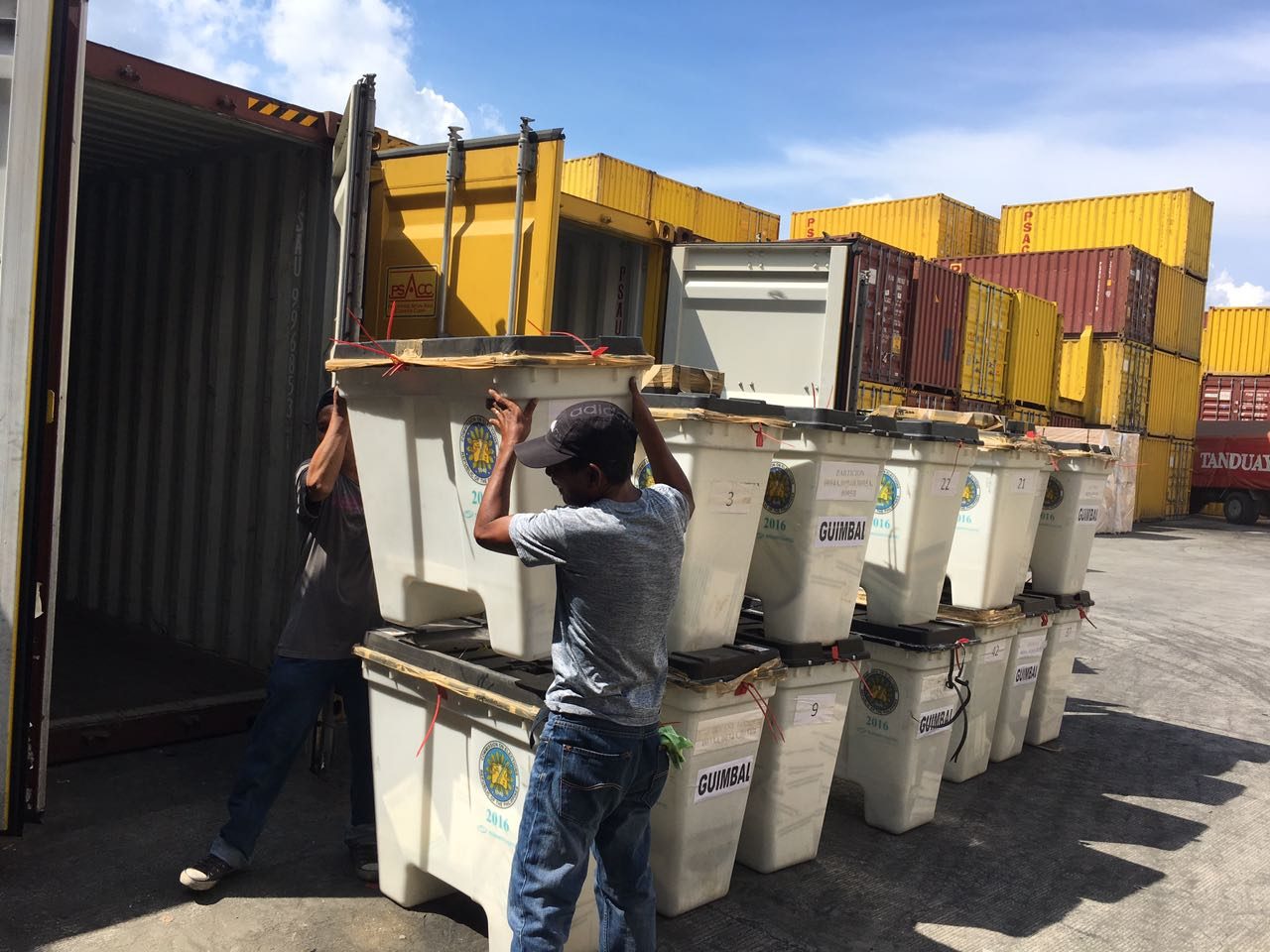 The PET is currently recounting votes from Camarines Sur. Ballots from Iloilo are expected to be recounted next.

The High Court already junked Robredo’s petition to consider ballot ovals shaded by at least one-fourth or 25% as valid votes in the ongoing ballot recount. Instead, the PET will count only ballot ovals that are half-shaded.

This is despite a Commission on Elections resolution issued in September 2016 stating that the vote-counting machines were configured to consider ballot ovals shaded by at least 25% as valid votes during the May 2016 polls.

Robredo has since filed her motion for reconsideration. – Rappler.com