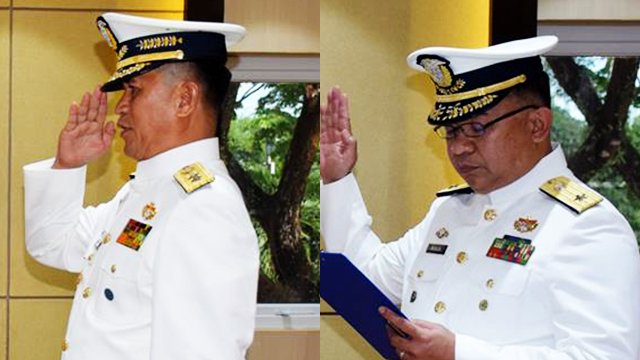 MANILA, Philippines – Two Philippine Coast Guard (PCG) officers whom President Rodrigo Duterte promoted turned out to have been preventively suspended by the Office of the Ombudsman over alleged misuse of P27 million.

Commodore Athelo Ybañez and Captain Teotimo Borja Jr were promoted to the ranks of Rear Admiral and Commodore, respectively. Ybañez and Borja took their oath before Transportation Secretary Arthur Tugade on April 30.

As it turns out, Ybañez, Borja, and 7 other PCG officers are the subjects of an ongoing investigation by the Office of the Ombudsman over P27 million worth of cash advances which were found to have been disbursed irregularly.

The 9 PCG officers were preventively suspended in April by Ombudsman Conchita Carpio Morales.

In June 2017, the Commission on Audit named PCG officers who obtained cash advances for purchases that were made without public bidding. The officers were the PCG’s Special Disbursing Officers (SDOs). Media outfits, including Rappler, reported the COA red flag in June 2017.

The Field Investigation Bureau of the Office of the Deputy Ombudsman for the Military and Law Enforcement Officers (FIB-MOLEO) initiated a probe.

The preventive suspension order was dated March 14, but it was signed by Morales only on April 30. Morales, as head of office, signs the orders of her deputies if she approves of them; the delay of her signing could be due to backlogs.

Duterte signed Ybañez’s appointment paper on March 28, and Borja’s on April 13. They both took their oath on April 30. 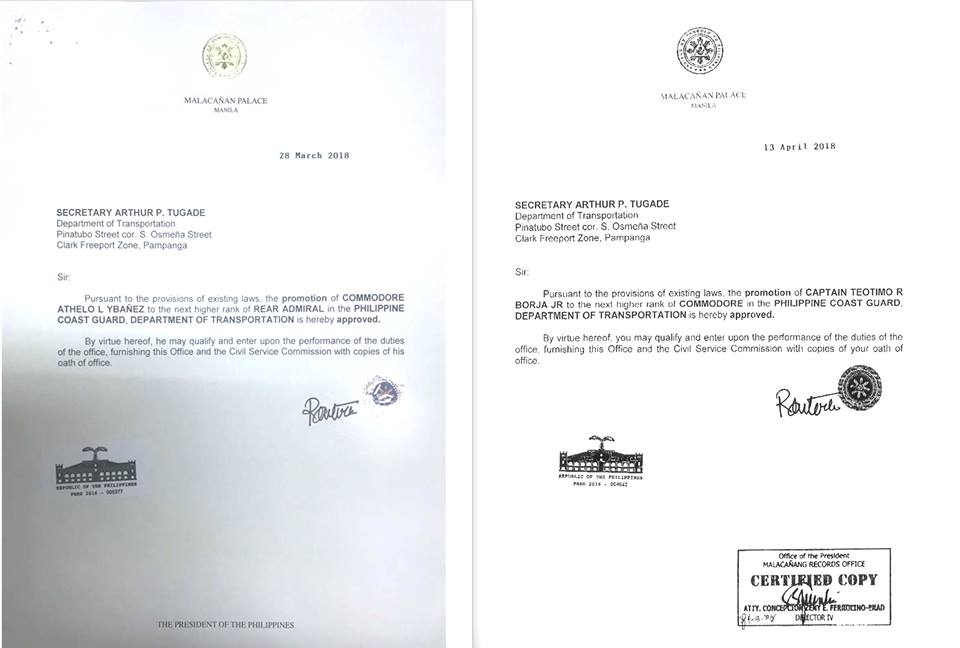 PCG spokesperson Captain Armand Balilo and Secretary Tugade have not replied to Rappler’s question on the current status of the officers.

The investigation involves 21 PCG officers, but 12 of them have either retired or were dismissed from service. They include former PCG chief retired Rear Admiral William Melad and his predecessor, retired Admiral Rodolfo Isorena.

Isorena and Melad are already facing charges before the anti-graft court Sandiganbayan.

This particular case involves the COA audit report saying that the officers obtained cash advances worth P27 million from 2013 to 2016 without complying with rules.

They then made purchases without public bidding, and documents they submitted as part of the liquidation were found to be “questionable,” with “spurious official receipts/sales invoices/cash invoices allegedly issued by suppliers.”

“Without delving into the merits of the case, sufficient grounds exist to hold that the evidence against respondents is strong at this time,” Morales’ suspension order reads.

“Public respondents stand charged for grave misconduct, serious dishonesty and conduct prejudicial to the best interest interest of the service. These charges, if proven true, constitute grounds for their dismissal from the government service under the Revised Rules on Administrative Cases in the Civil Service. Given respondents’ power and authority, there is strong probability that they may influence witnesses or tamper with any evidence material to the case,” the order said.

The 9 officers, including Ybañez and Borja, were preventively suspended “during the pendency of this case until its termination, but not to exceed the total period of 6 months, without pay.”

“Notwithstanding any motion, appeal or petition that may be filed by respondents seeking relief from this Order, unless otherwise ordered by this Office or by any court of competent jurisdiction, the implementation of this Order shall not be interrupted within the period prescribed,” the order added. 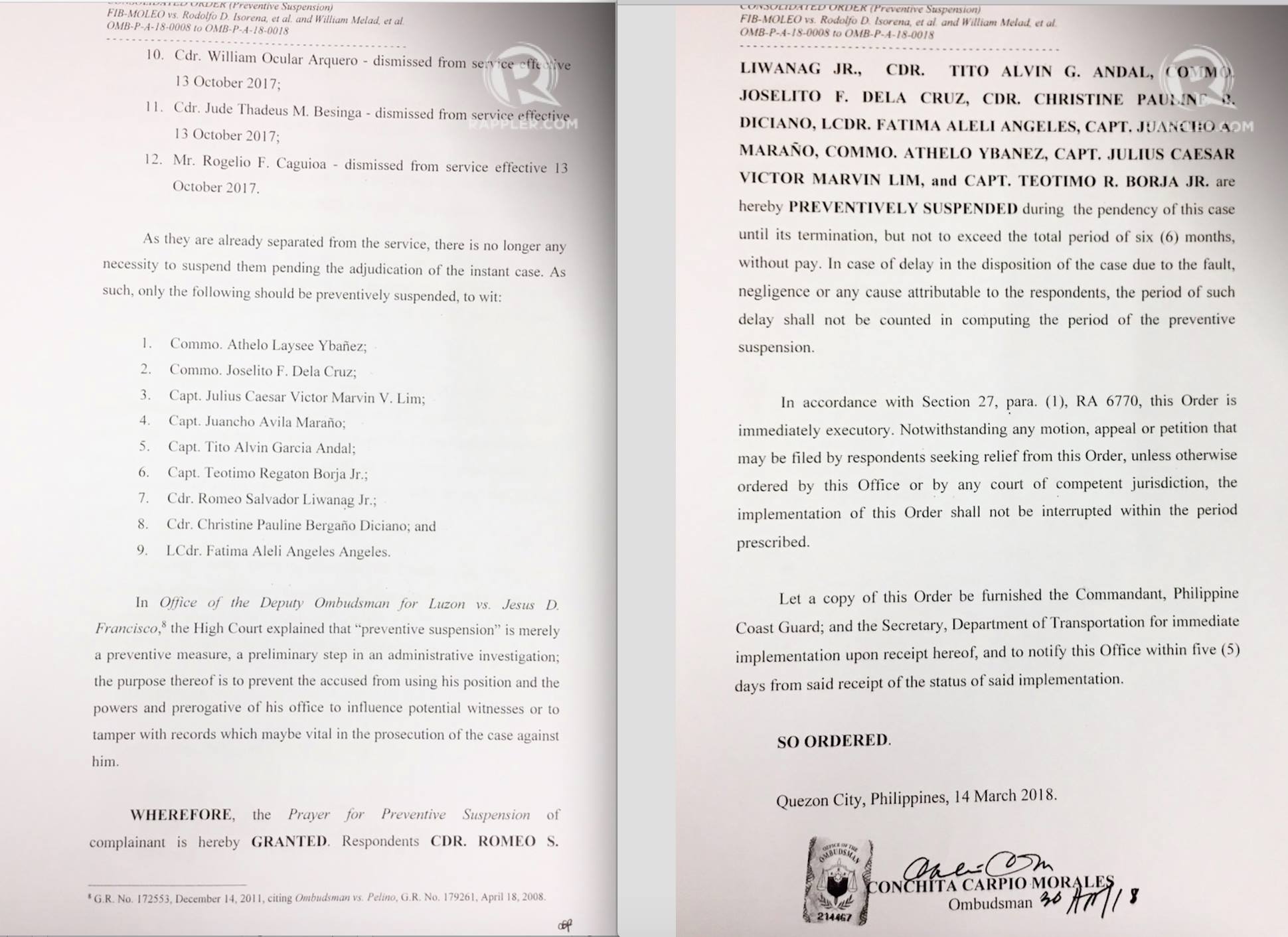 Duterte has a habit of firing officers whose acts in office have a “whiff” of corruption.

However, in the running tally, only two officials he fired faced charges: former immigration commissioners Al Argosino and Michael Robles, who are in jail over a plunder charge related to the P50-million bribery scandal involving Jack Lam.

Others have been reappointed, including sacked Social Security System commissioner Pompee Laviña, who was eventually named tourism undersecretary. – Rappler.com