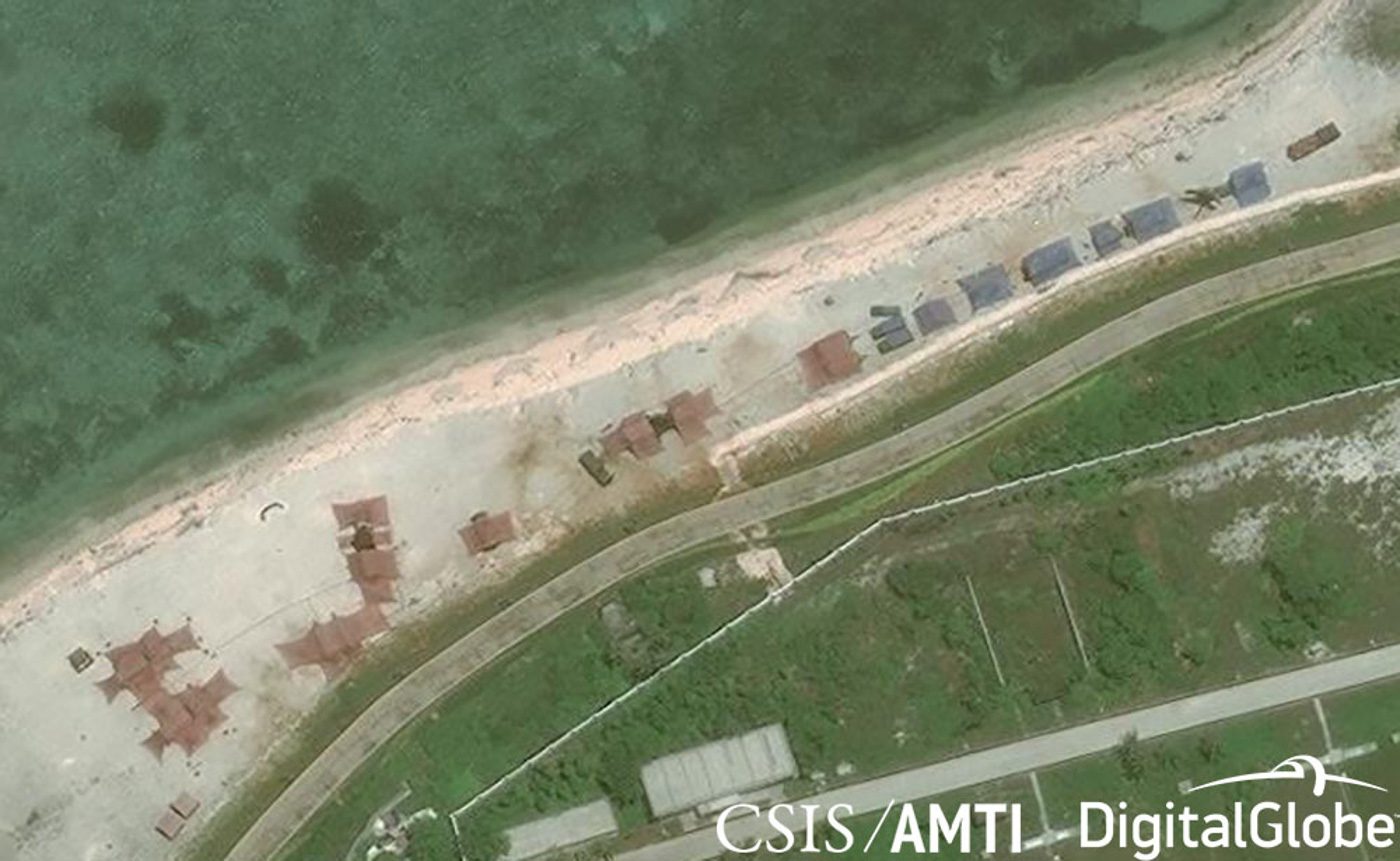 Facebook Twitter Copy URL
Copied
Nearby, the Philippines begins 'long-delayed repairs' to its runway on the Spratly Islands in the West Philippine Sea, says the Asia Maritime Transparency Initiative

MANILA, Philippines – China has deployed several new weapons systems to its largest base on the Paracel Islands in the disputed South China Sea, a Washington-based think tank said.

The Asia Maritime Transparency Initiative (AMTI) of the Center for Strategic and International Studies reported about these new military platforms on Thursday, May 24.

The AMTI based this report on satellite imagery of Woody Island in the Paracels, taken on May 12.

“Since they are covered, it is difficult to definitively identify the new platforms, but they likely include truck-mounted surface-to-air or anti-ship cruise missiles and accompanying radars,” the AMTI said.

The AMTI said the platforms were likely brought in for military drills that took place on May 9, but their prolonged stay suggests that they will be there permanently. China has also deployed two trucks, 4 covered vehicles, and a combat aircraft to Woody Island.

The Paracels, which are occupied and controlled by China, have been claimed by Taiwan and Vietnam, but not the Philippines.

Still, the AMTI said China’s movements on Woody Island serve as a blueprint for their deployments to the Spratly Islands, where the Philippines and China are two of 6 claimants.

This report comes after Chinese bombers landed for the first time on May 18 on Woody Island. The AMTI said that “nearly all of the Philippines falls within the radius of the bombers.” In a separate report, the AMTI released satellite images showing that the Philippines has started “long-delayed repairs” to its runway on Pag-asa Island, the biggest of their 9 outposts in the Spratlys.

The Spratlys can be found in the West Philippine Sea, the part of the South China Sea that belongs to the Philippines. 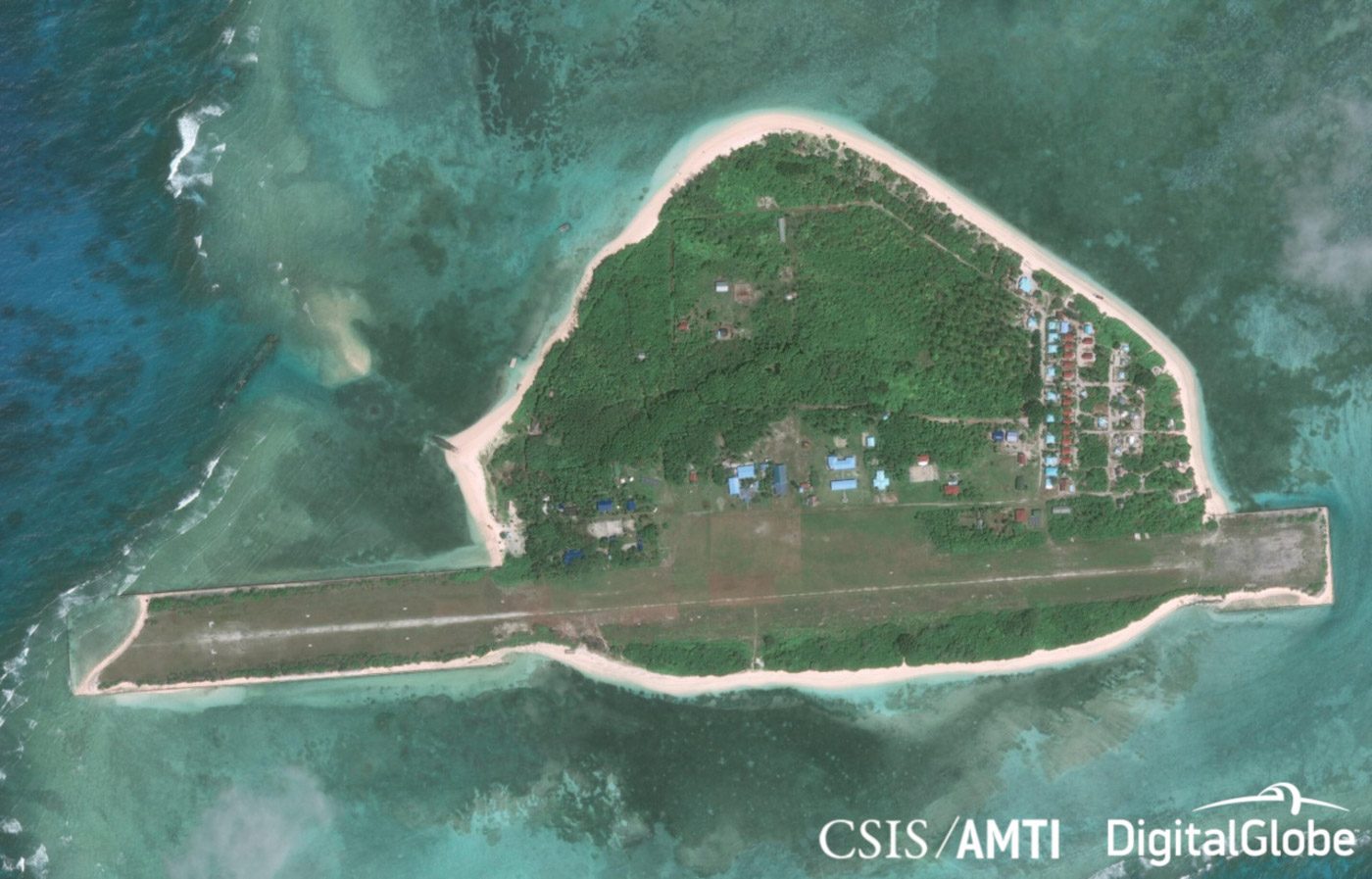 Two dredgers are clearing an area to build a small harbor for large ships to approach with the machinery needed to fix the runway. 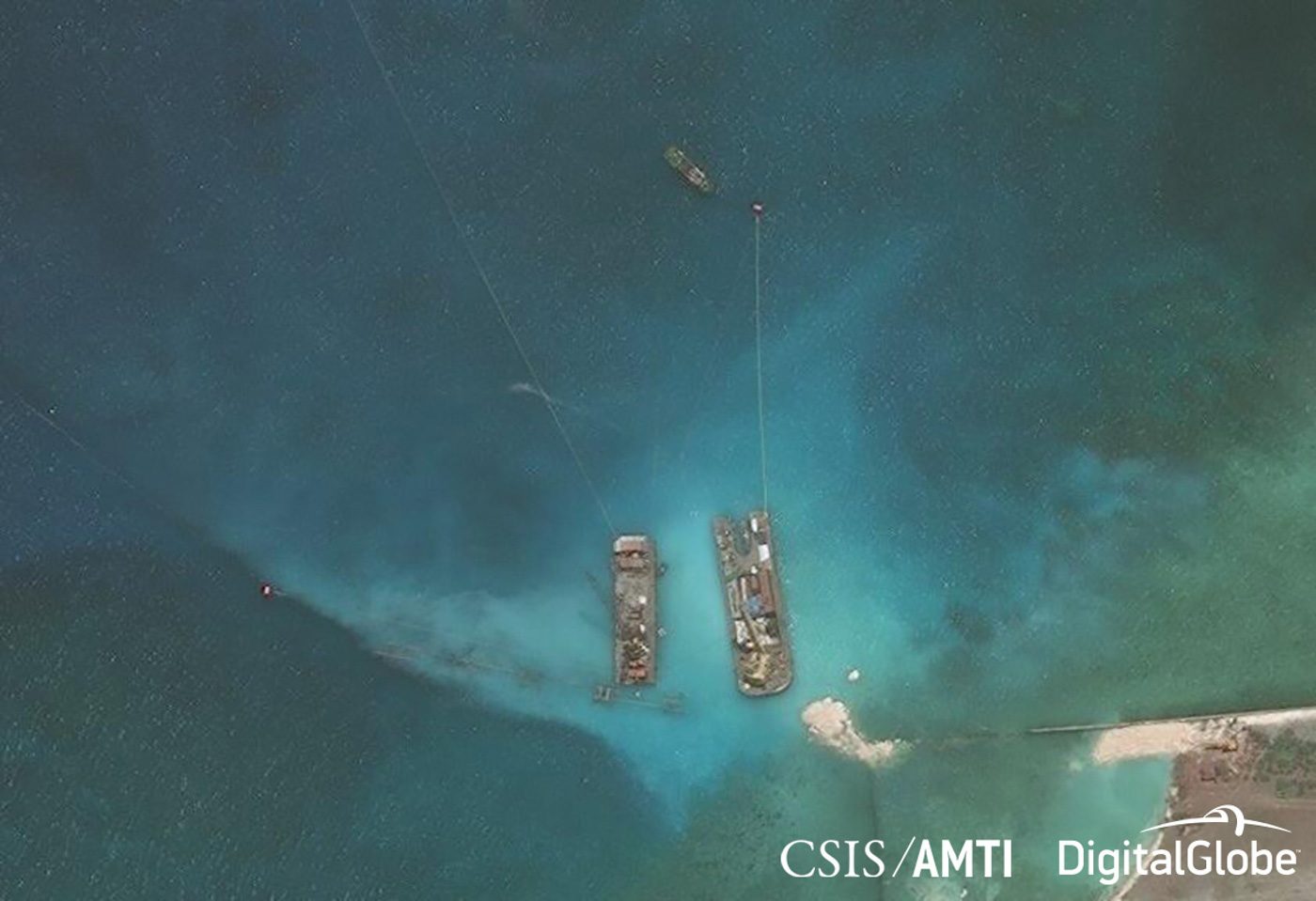 The runway was constructed in the ’70s and is officially 1,300 meters long, but is actually 1,200 because its western end collapsed years ago. China already has 1,652 buildings in the South China Sea, 800 of which can be found in the West Philippine Sea, according to a recent report by Reuters. Some of China’s largest outposts have infrastructure that can hold thousands of troops.