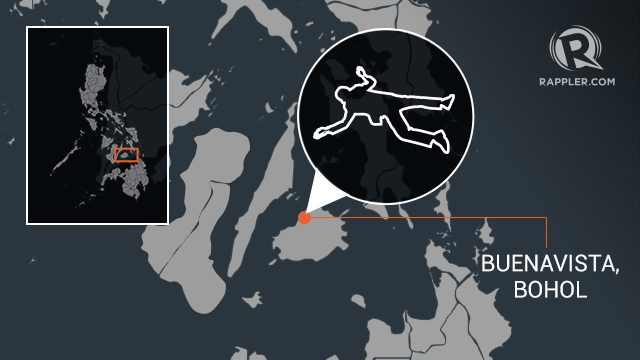 BOHOL, Philippines – The mayor of Buenavista town in Bohol province was shot dead past 3 pm on Sunday, May 27, while he was inside the town’s cockpit arena.

Buenavista Mayor Ronald Lowell Tirol sustained two gunshot wounds in the head after a lone gunman sat near him and shot him at close range, according to an initial police report.

Tirol was rushed to a nearby hospital but was declared dead on arrival, reports said.

In a statement, Chatto said the police are still determining the possible motive behind the killing. He also called on the public to remain calm.

Tirol is the second mayor in Bohol killed in less than a year.

In June 2017, Gisela Bendong Boniel, first-time mayor of the neighboring town of Bien Unido, was allegedly killed by her husband, Bohol Board Member Niño Rey Boniel.

Gisela’s body remains missing after being reportedly dumped into the sea off Lapu-Lapu City in Cebu.

Buenavista, a 4th income class municipality, is located 83 kilometers northeast of the capital city of Tagbilaran.

The town recently became controversial after the Department of Environment and Natural Resources (DENR) uncovered massive and illegal deforestation of mangroves, allegedly for a seaport project. – Rappler.com