No Filipino casualties in Oman due to Cyclone Mekunu – DFA 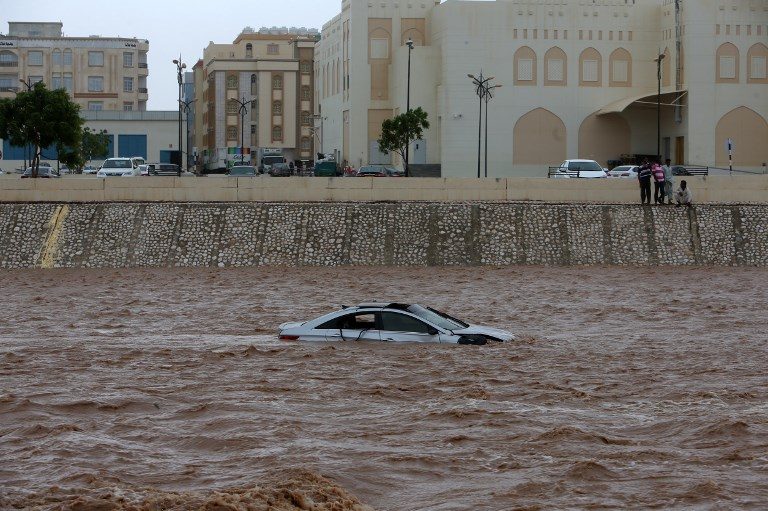 MANILA, Philippines – The Department of Foreign Affairs (DFA) said no Filipino has been reported dead or missing in Oman, following a powerful storm that triggered massive floods there.

In a statement on Sunday, May 27, the DFA said Cyclone Mekunu “dumped the equivalent of two years worth of rain in a single day,” quoting Philippine Ambassador to Oman Narciso Castañeda.

Gulf News reported on Sunday that the death toll from Mekunu had risen to 10, with 40 others still missing.

According to the DFA, there are 49,000 Filipinos in Oman. Of that figure, around 10,000 are in the Middle Eastern country’s second largest city, Salalah.

“The Philippine embassy in Muscat continues to monitor the situation in Salalah… and is in touch with members of the Filipino community there,” said the DFA. – Rappler.com