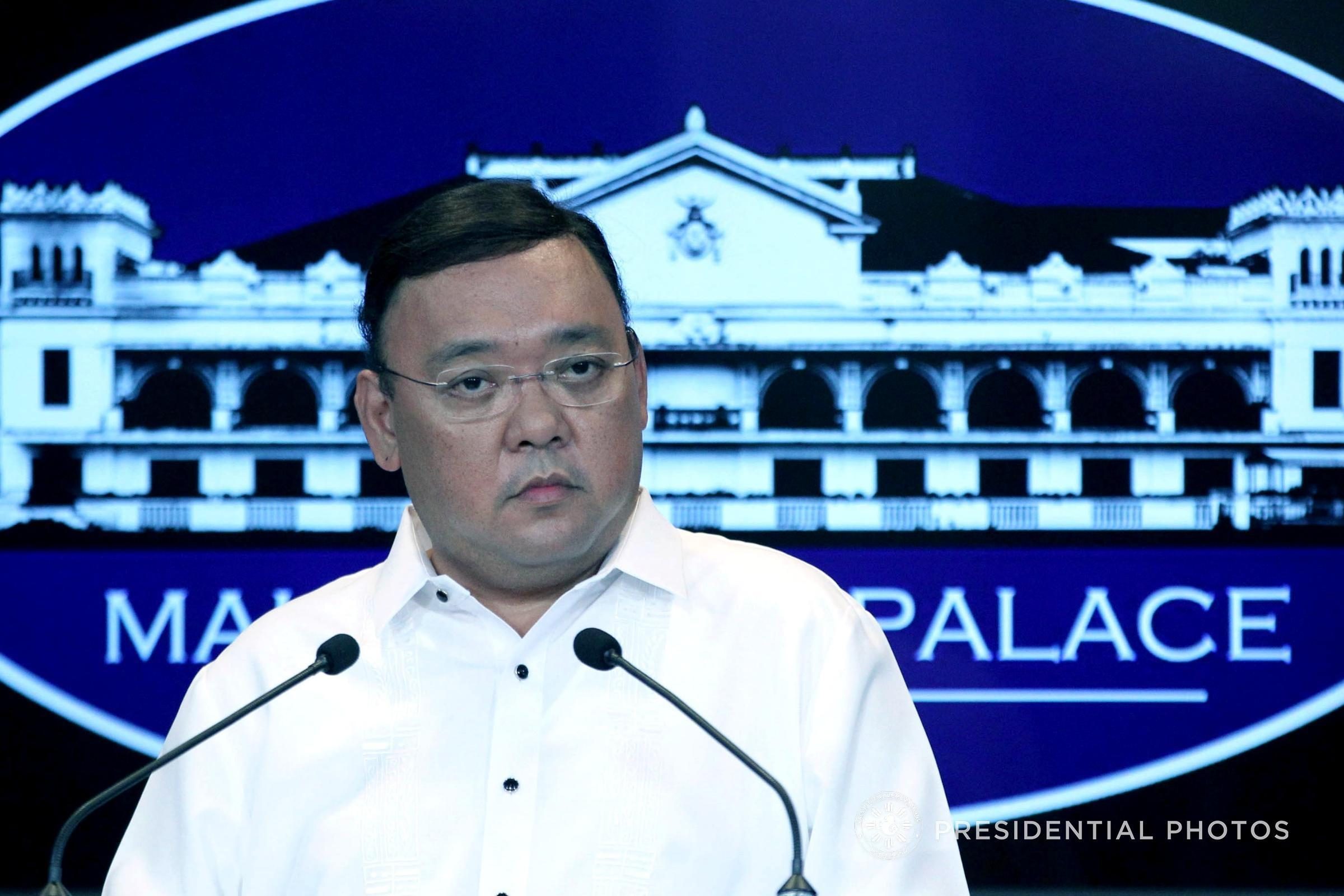 MANILA, Philippines – If he had his way, Presidential Spokesman Harry Roque would pack into a ship all those critical of President Rodrigo Duterte’s approach to the West Philippine Sea issue and send them to do battle against China.

(You know what I want? Take them all, put them in a boat. Go and attack!)

He said the Philippines without such critics would be more peaceful.

(Let all of you be finished! That would be fun, for all of you to disappear so that the country would be peaceful. Attack, all those who want to attack!)

But he quickly qualified his statement. He said his challenge does not apply to “ordinary Filipinos” – in other words, Filipinos in the lower class who compose a bulk of the voting population.

(But not those ordinary Filipinos who are already hungry, who are looking for something to eat, and are put in a bad light. But those who who are making this issue political, go ahead and attack so you can disappear.)

With his challenge to the administration’s critics, Roque reinforces Duterte’s messaging that, aside from getting on China’s good side, war remains the only other option for the Philippines.

However, many of the President’s critics don’t think this way. Critics like Acting Chief Justice Antonio Carpio and former foreign secretary Albert del Rosario agree that war is unthinkable but that there are other ways  to assert the Philippines’ claim over the West Philippine Sea. (READ: 5 ways Duterte can defend Scarborough without going to war)

Roque continued to make jabs at Duterte’s critics, lumping them up with the previous administration.

He blamed the administration of Benigno Aquino III for China’s incursion into the West Philippine Sea, a problem he said Duterte merely inherited.

“They are the reason why we lost control of this part of the EEZ (Exclusive Economic Zone), because they allowed them (China) to build artificial islands,” said Roque in Filipino.

What Duterte is doing during his presidency, said Roque, is to “deal with reality” and “find a solution” by befriending China so that the Philippines is able to gain economically.

Yet he insisted that Duterte would “die first” before giving up Philippine territory and that one day, the Philippines will be able to ask China to leave the West Philippine Sea. (READ: More than 1,600 Chinese structures in South China Sea)

(You Chinese, the West Philippine Sea is ours. The islands we claim are ours. The sea where your artificial islands are is ours. The time will come, we will get you to leave.)

Duterte has often said that he will eventually raise the landmark arbitral ruling against China’s claim to the West Philippine Sea. But critics have pointed out that, during his presidency, China has already been able to build military structures within the Philippines’ EEZ and deploy bombers in South China Sea islands, posing a threat to Manila and key military bases. – Rappler.com