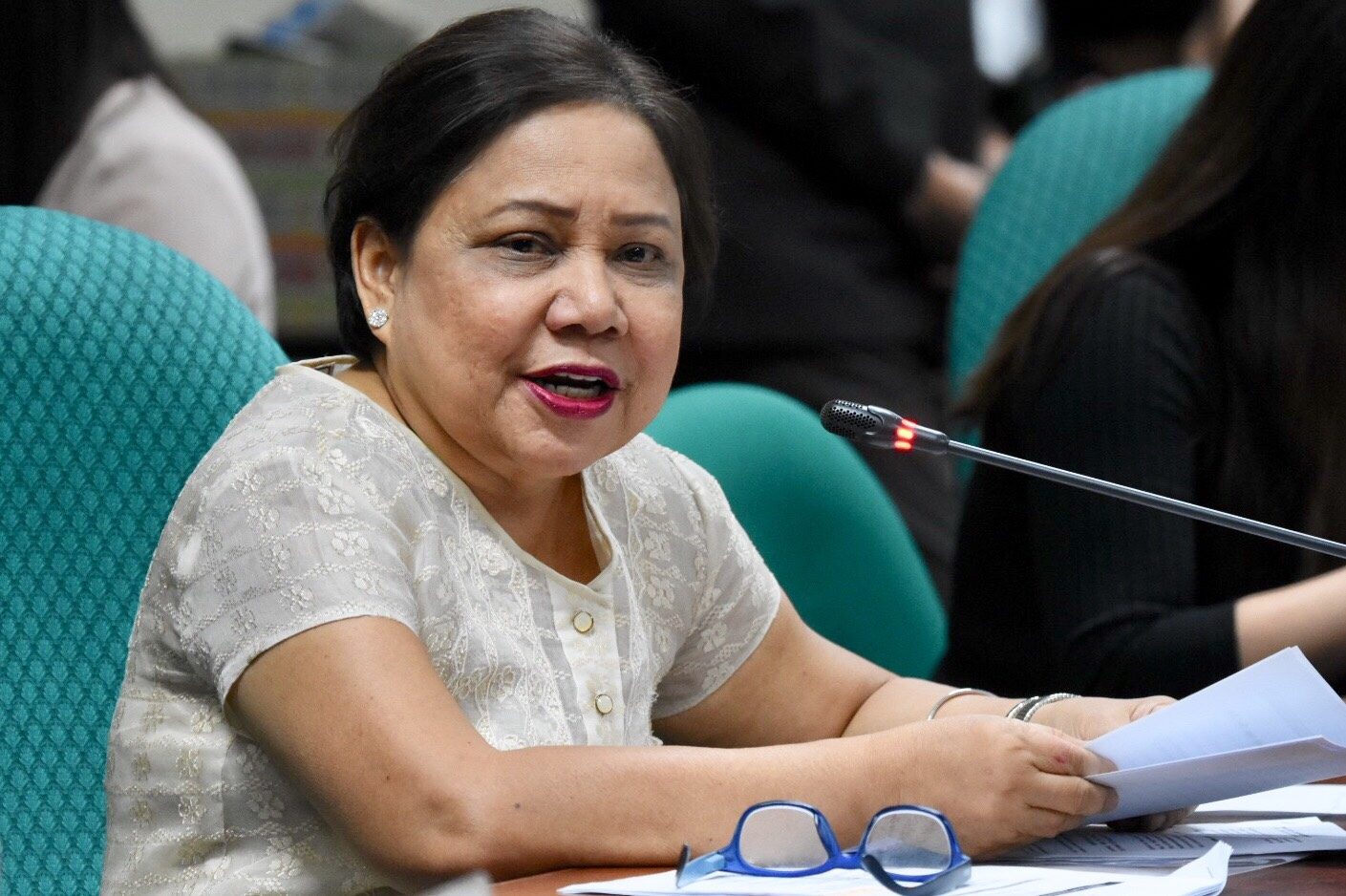 MANILA, Philippines – Senator Cynthia Villar confronted an oppositor in a Commission on Appointments (CA) confirmation hearing who brought up alleged violations of Villar family-owned Vista Land & Lifescapes Incorporated, one of the largest property developers in the country.

Baladad also slammed Castriciones for supposedly allowing the conversion of agricultural lands to residential, citing the flattened mountain in Boracay allegedly due to Vista Land’s excavation. The company and the government earlier denied it.

(My question to him is, did DAR give a conversion order or clearance for the land in Boracay, which was part of the flattened mountain?)

(And if there was none, will he file a case against Vista Land for illegal conversion? When you put houses on an agricultural land, you can no longer plant crops.)

Villar, a member of the CA, did not take the issue sitting down and questioned Baladad for singling out her family’s company.

In response, Baladad said she is raising a legitimate issue, pointing out that the proposed National Land Use Act has not been moving in the Senate under Villar’s committee.

The bill would classify, once and for all, which lands should belong to whom and should be used for what. It would provide a framework for the allocation, use, and management of the country’s land resources.

The bill has been referred to the committee led by Villar both in the 16th Congress and the 17th Congress, but it did not prosper.

(This is a legitimate issue because the land use bill has been pending for a long time now. It has not moved under your committee. Now, why Vista Land? Because you have a property in San Juan del Monte, we are near there.)

Villar said they no longer own the Bulacan property, as it was sold to the Bangko Sentral ng Pilipinas (BSP), which in turn sold it to Ayala.

“Make sure that your data are correct kasi hindi naman maganda na andami-daming developer, mall operator, puro Vista Land ang sinasabi ‘nyo (because it’s not good that you’re singling out Vista Land when there are other developers),“ the senator said.

Baladad said her group does not oppose the construction of structures per se, but only wants to protect the lands that provide food for the public.

Castriciones, for his part, said the area in Boracay had been issued a conversion order.

(That has no case yet so we cannot discuss it extensively. That issue involving a part of Boracay owned by Sarabia Estate was granted a conversion order by DAR. When we reviewed it, we found out the land being developed by Vista Land came from Sarabia, so there’s no problem with that.)

The CA committee on agrarian reform has yet to decide on the confirmation of Castriciones, who faced numerous oppositors. The committee went into an executive session and its decision is expected to be announced on Wednesday, May 30, during the CA plenary session. – Rappler.com