How DepEd, gov’t agencies are preparing for school opening MANILA, Philippines – On Monday, June 4, a new school year will open with about 28 million students expected to return to public and private elementary and secondary schools nationwide.

As part of the Department of Education’s (DepEd’s) Oplan Balik Eskwela, various government agencies and private partners detailed plans and preparation for the opening of school year 2018-2019.

How are partner agencies preparing for the opening of the coming school year?

Here is a list of the tasks of partners compiled by Rappler:

According to Meralco representative Martin Co, Meralco has assessed 2,628 schools in its franchise areas.

PNP Senior Superintendent Rudolph Dimas said the PNP will deploy 28,000 cops to ensure the safety and security of students, teachers, parents, and school personnel nationwide. They will have the following roles: 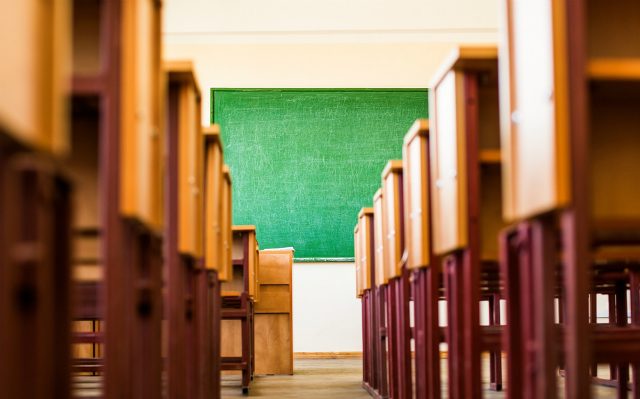 The PNP also announced that there were no reported terror threats in relation to the school opening. Department of Trade and Industry (DTI)

Lilian Salonga, assistant director of the DTI Consumer Protection and Advocacy Bureau, said the agency completed its Oplan Balik Eskwela Diskwento Caravan on May 21 in Makati City, which aimed to give consumers access to basic goods and school supplies at discounted prices.

Salonga said the DTI has intensified its weekly price monitoring  of school supplies such as noteboooks, pad papers, pencils, ballpens, crayons, erasers, sharpeners, and rulers during the months of May and June.

For the coming school year, the DOH said it would contribute to the reduction of child morbidity and mortality by placing an emphasis on the importance of schools ensuring:

DOH said it also planned to continue information campaigns on how to respond during emergencies and natural disasters.

The department would also continue to regularly monitor students vaccinated with Dengvaxia, and assist concerned families who reach out to DepEd.

PAGASA Weather Services Chief Esperanza Cayanan said the  weathe forecast on the  opening day of classes was partly cloudy in the morning, while afternoon to evening would be cloudy with chance of thunderstorms.

In order to prepare for the expected school opening weather, Cayanan said students should bring fans, towels, and umbrellas. Students should also be aware of flood-prone areas around their schools. For students in conflict situations, Rosalie Dagulo, officer-in-charge of Community Programs and Services Bureau, said the agency would give aid to eligible beneficiaries to help with the cost of tuition fees, school supplies, transportation, and other school-related expenses.

DSWD said it would also do the following for children below 5 years old:

During the Oplan Balik Eskwela launch, the DOE assured DepED of  sufficient power distribution in the country.

Assistant Secretary Jonathan Malaya announced that the DILG would enact the Anti-Truancy Ordinance, which would monitor the entry of uniformed students in malls, internet cafes, and other recreation centers during school hours. Malaya also said the DILG would urge the convening of local school boards and schools’ division superintendents, to address needs before the start of classes as well as the utilization of available resources under the Special Education Fund.

The DILG also urged the following to convene:

For the opening of classes, the MMDA said the agency would deploy more than 2,980 constables to support the following groups to help guarantee peace and order within Metro Manila: