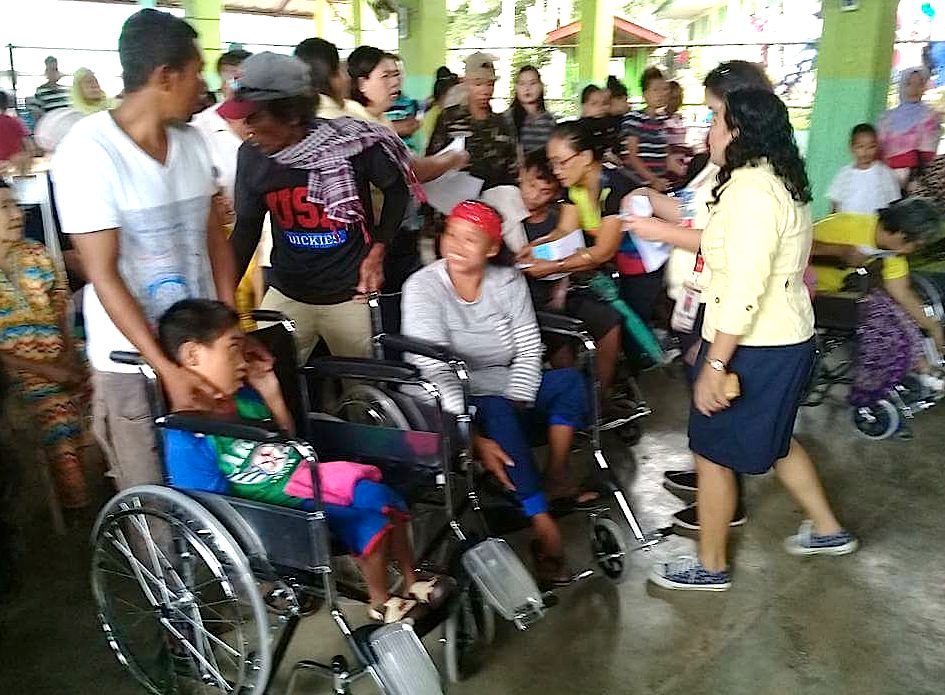 Facebook Twitter Copy URL
Copied
The girl, who suffered from hydrocephalus, had been sick for over a week but had to attend the wheelchair turnover ceremony held in Basilan, as required under the government program

BASILAN, Philippines – An 8-year-old  beneficiary of the government’s Pantawid Pamilyang Pilipino Program (4Ps) died while waiting for a wheelchair donation from the government in this province on Wednesday, May 30.

The girl, who suffered from hydrocephalus, was sick but was required to personally claim the wheelchair from the Department of Social Welfare and Development (DSWD) and Joint Task Force Basilan, said Glenda Tobias, the provincial link of 4Ps in Basilan.

Tobias, who is with DSWD IX, said the girl was already sick for 10 days when she had to attend  the  turnover ceremony to personally receive the wheelchair, as required under the program.

The girl was with her parents when she collapsed during the ceremony, and was declared dead.

The girl’s death prompted some netizens to call for changes in the requirements for receiving the wheelchair donation, particularly in relation to ill beneficiaries. – Rappler.com