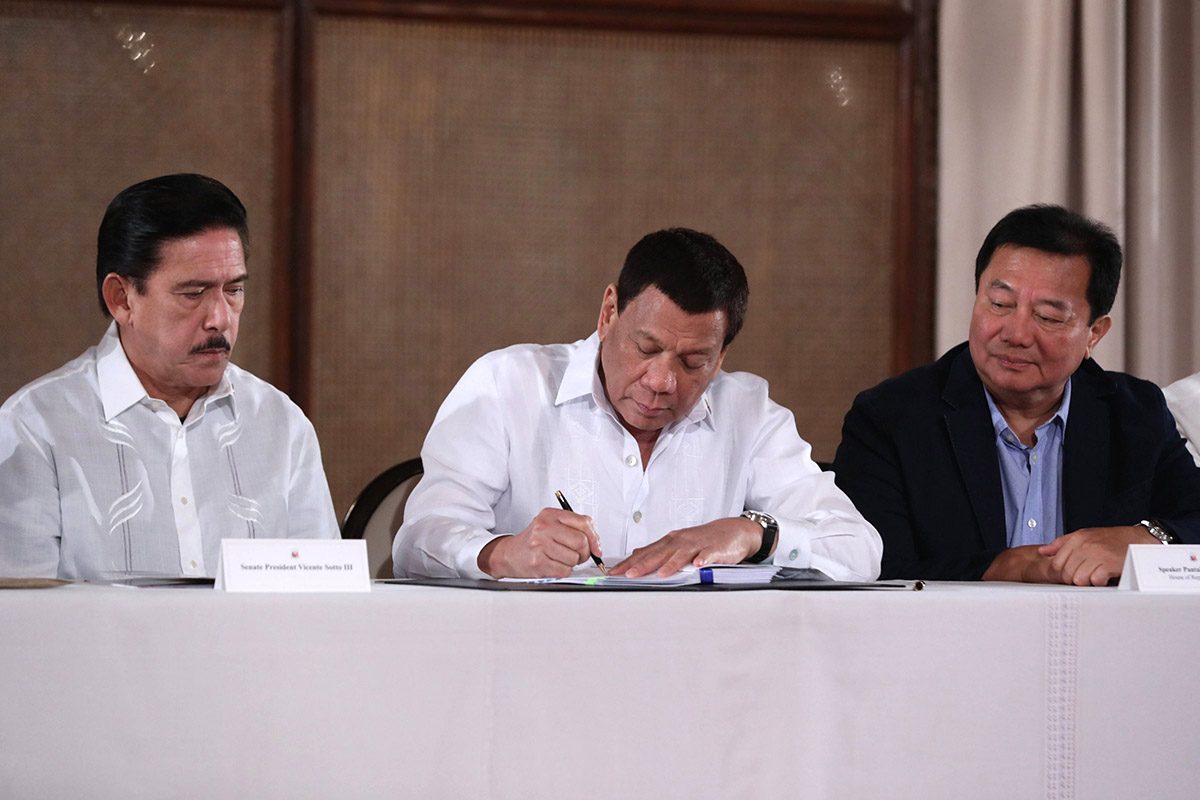 MANILA, Philippines – President Rodrigo Duterte has set a “bare minimum” condition for the Bangsamoro Basic Law (BBL):  the proposed new autonomous region should not have separate police and military forces.

The President specified this during a meeting with Congress leaders and Bangsamoro Transition Commission (BTC) members on Monday, May 28, Presidential Spokesman Harry Roque said on Thursday, May 31.

Since then, the House of Representatives and the Senate passed their own BBL versions and are now set to reconcile their versions in what is expected to be a bloody bicameral conference. (READ: Bangsamoro region ‘lesser than ARMM’ feared)

Duterte was able to convince BTC members to accept this, his spokesman said.

“Because the President said that is his bare minimum, they acquiesed,” added Roque.

Duterte has been voicing his opposition to separate Bangsamoro police and military forces since he was Davao City mayor.

In 2015, he said there should be only “one horizontal chain of command with no detour, parallel, or lateral command within.”

The BTC’s version also creates a Bangsamoro Military Command under the Armed Forces of the Philippines. It states that defense of the autonomous region remains the responsibility of the central government.

Some members of the House also want more explicit provisions saying uniformed services in the Bangsamoro will still be under the national government.

Roque said the controversial opt-in clause was also discussed in Duterte’s meetings on the BBL but he did not elaborate on the President’s stance on this.

Asked about concerns on the unconstitutionality of some BBL provisions, Roque said it is now up to Congress to deal with such issues in the bicameral conference.

After the versions of the BBL are reconciled, Duterte is expected to sign the BBL by his third State of the Nation Address on July 23. – Rappler.com