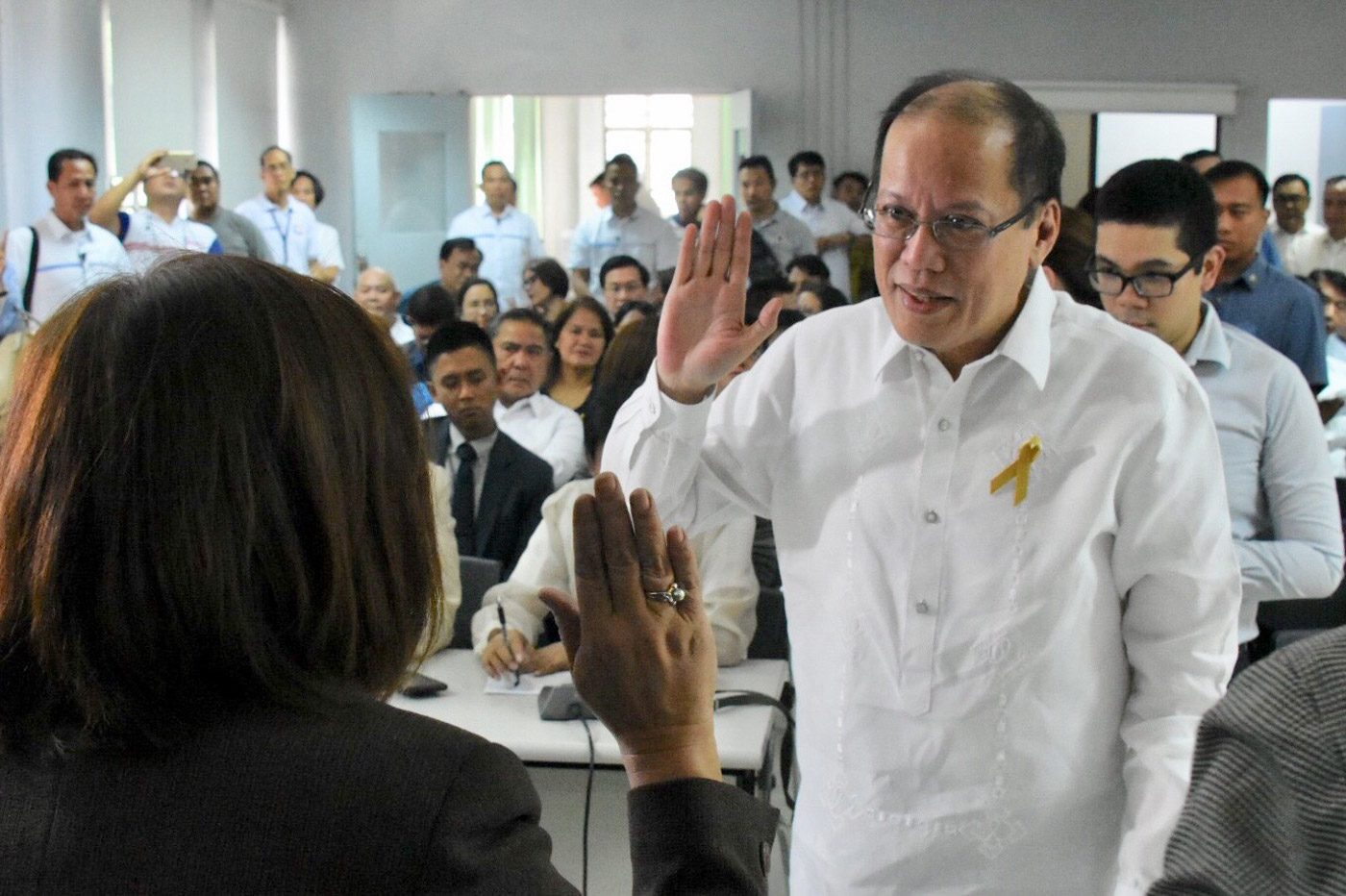 MANILA, Philippines (3rd UPDATE) – Former president Benigno Aquino III said the graft complaint lodged against him before the Department of Justice (DOJ) should be immediately dismissed for lack of basis.

Aquino faced state prosecutors on Monday, June 4, during the preliminary investigation into the graft complaint filed by the Volunteers Against Crime and Corruption (VACC) over the Dengvaxia controversy.

(They did not allege any act that I supposedly committed to support their complaint.)

In his defense, Aquino said he did nothing wrong in the purchase of the dengue vaccine and in the implementation of the immunization program. He cited the following reasons:

1. There is no probable cause to charge him with violation of Republic Act (RA) No. 3019 or the Anti-Graft and Corrupt Practices Act.

a. The approval of the use of savings for the procurement was not rushed, said Aquino, adding that the recommendation to purchase Dengvaxia was made in 2014 during the time of former health chief Enrique Ona.

b. There was nothing illegal or irregular in the implementation and launch of the immunization program on April 4, 2016. Aquino said the purchase order was signed on March 9, 2016, which he said was outside the 45-day election ban from March 25 to May.

2. The complaint unduly misrepresents that Aquino participated in the procurement and allegedly violated RA 9184 or the Government Procurement Reform Act.

3. There was no technical malversation and negligence because the power to use savings and augment deficiency was validly exercised. Aquino said the use of savings was allowed by the 2015 General Appropriations Act or the national budget.

In a press conference, Aquino also slammed the VACC’s forum shopping for filing complaints before the DOJ, the Office of the Ombudsman, and the Commission on Elections (Comelec).

The two groups accused Aquino, former budget secretary Florencio Abad, and former health secretary Janette Garin of technical malversation, criminal negligence, violation of the Anti-Graft and Corrupt Practices Act, and “other violations of law” after the school-based dengue vaccination program was launched by the DOH in April 2016 in Metro Manila, Central Luzon, and Calabarzon.

Aside from the 3, also listed as respondents are the “directors and officers” of Dengvaxia manufacturer Sanofi Pasteur and its Philippine distributor Zuellig Pharma, as well as former and current health officials.

Editor’s note: An earlier version of this story included former DOH consultant-turned-whistleblower Francisco Cruz as a complainant. Cruz has since withdrawn his name from the complaint.