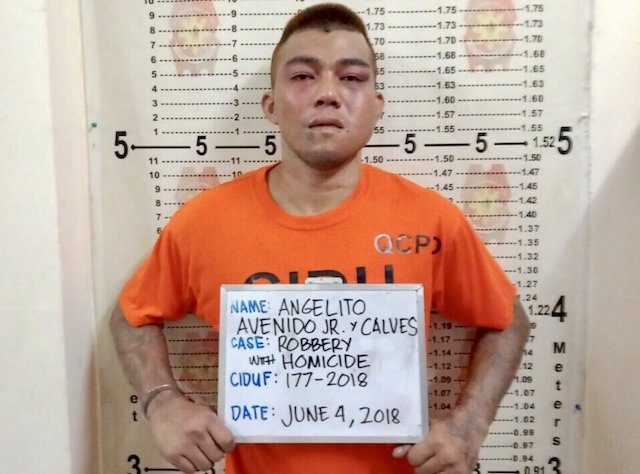 She was 5 months pregnant.

According to the police progress report obtained by Rappler, jeepney barker Angelo Avenido was nabbed by Quezon City Police District (QCPD) cops at 5:45 pm on Monday, just hours after the killing.

Police suspect that lawyer Tanyag’s killing was a case of “robbery gone wrong” or robbery leading to homicide.

Tanyag is the second Quezon City prosecutor to be slain in a month, following the riding-in-tandem ambush of Rogelio Velasco on May 11.

The motive: Police suspect that the killing was a case of “robbery gone wrong” or robbery leading to homicide.

Police recorded the recovery of the following items from the suspect:

The Office of the Ombudsman and fellow lawyers condemned the killing of Tanyag. – Rappler.com