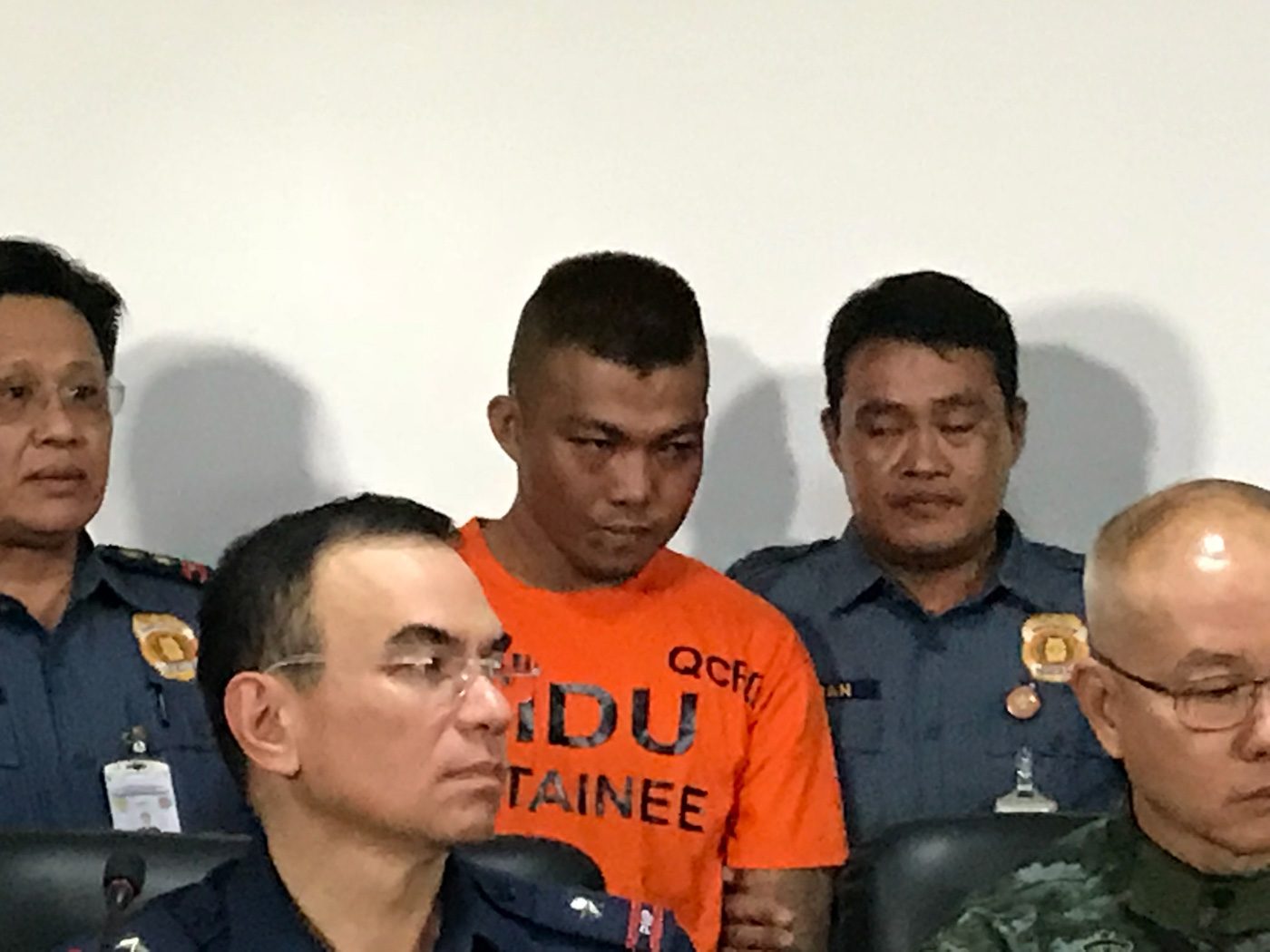 This was the narrative that the Philippine National Police (PNP) presented on Tuesday, June 5, during a press conference showing Avenido at Camp Bagong Diwa in Taguig City.

According to PNP chief Oscar Albayalde, Avenido was so “deep into drugs” ever since his boyhood that he supposedly robbed and killed so he could get enough funds to get more of his vice.

“The suspect is a problem child. Since bata pa, talagang problema na sa kanilang pamilya, at lulong na lulong sa droga (Ever since he was a child, he was really a problem in their family, and he was really deep into drugs),” Albayalde said during the press briefing.

The top cop described the encounter: As the lady lawyer was hopping on to her car, Avenido entered with her and stabbed her 3 times. He then allegedly took her money and personal cards before escaping.

All this happened in broad daylight.

Tanyag was 5 months pregnant when the stabbing happened, with police counting two lives lost from the incident. – Rappler.com