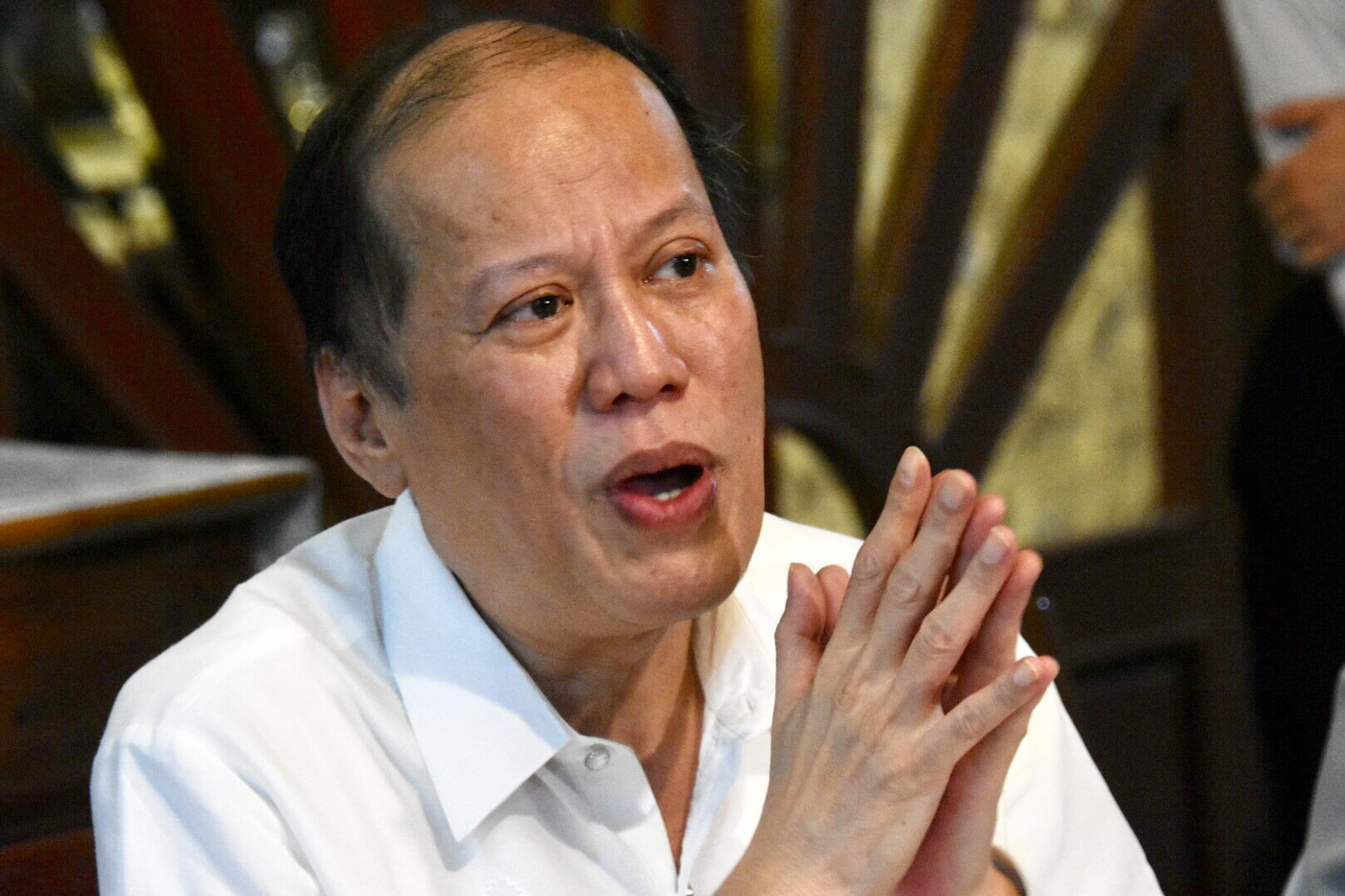 Aquino said this in a press conference on Monday, June 4, as he refuted claims of President Rodrigo Duterte that his administration did nothing to stop China’s militarization of the disputed waters, including the West Philippine Sea (South China Sea).

(There used to be no islands, now there are. The islands now have facilities. These facilities are now being occupied by your personnel. When you were building that, you said it was for everybody. Now, you’re putting weapons there.)

In May, Chinese bombers landed for the first time on Paracel Islands, which are being claimed by both Vietnam and China. Vietnam publicly condemed the move while the Philippines, which falls within the radius of the bombers, said it would rather deal with the matter quietly.

(I just want to repeat this and I’m not offering this advice to anyone. China and ASEAN agreed to it in 2002. No matter how we look at it, there seems to be a violation now. And if you’re there, I would just like to ask: Are provisions 4 and 5 [of the declaration] no longer valid? Do we remove it now from our agreement? This is not just China-Philippines. It’s an agreement of China with the entirety of ASEAN.)

The former president was referring to the non-binding 2002 Declaration on the Conduct of Parties in the South China Sea adopted by both China and ASEAN member-states, specifically the following provisions:

4. The Parties concerned undertake to resolve their territorial and jurisdictional disputes by peaceful means, without resorting to the threat or use of force, through friendly consultations and negotiations by sovereign states directly concerned, in accordance with universally recognized principles of international law, including the 1982 UN Convention on the Law of the Sea;

5. The Parties undertake to exercise self-restraint in the conduct of activities that would complicate or escalate disputes and affect peace and stability including, among others, refraining from action of inhabiting on the presently uninhabited islands, reefs, shoals, cays, and other features and to handle their differences in a constructive manner.

Unlike during the Aquino administration, the Department of Foreign Affairs under Duterte has said it will not publicly condemn China over its acts and that it was not its policy to “publicize every action” it takes. DFA also said it could not file a protest against China because Paracel Islands is not part of Philippine territory.

Aquino also refuted the accusations of President Rodrigo Duterte that his administration did nothing to stop China’s militarization in the South China Sea.

“Do I really have to answer that? Wala akong ginawa (I did not do anything)? Who filed the arbitration? Who campaigned among ASEAN countries? Which administration produced the communiqué or the statements that were critical of this island development of China?” Aquino told reporters.

It was Aquino who brought China to court, after filing an arbitration case against the Asian superpower over the West Philippine Sea on January 22, 2013.

The Aquino administration initiated these proceedings after a standoff between Philippine and Chinese vessels in the disputed Panatag Shoal (Scarborough Shoal) in the West Philippine Sea in April 2012. The Permanent Court of Arbitration decided in favor of the Philippines in a ruling released just a few weeks after Aquino stepped down from Malacañang in July 2016.

Aquino recalled how challenging it was during the early part of his term to get a unified stand among ASEAN countries against China’s acts. But in the end, he said, they managed to pull it off. (READ: Aquino legacy: Defying China)

The problem, however, is that the Duterte administration decided to take a different approach to the dispute with China, even if the Philippines was armed with the arbitration victory.

(Of course now that our direction has changed, I’m not sure how they would respond should we seek their support again on this later on. We promised ASEAN centrality, that the Philippines will speak following ASEAN agreements, but now we’re abandoning it.)

Since the 2002 Declaration was signed, ASEAN and China have yet to ink a binding Code of Conduct, owing to the latter’s dilatory tactics and its insistence on resolving the matter on a bilateral level. Last year, China and ASEAN agreed on the framework of the Code of Conduct – seen by some as China’s move to improve its regional image after it refused to recognize the Philippines’ win before the PCA.

Under Duterte, the Philippines grew close to China with experts saying Manila is sitting idly, allowing Beijing to claim its territories. Duterte, for his part, maintained that he needs the Asian giant for his reforms.