Duterte says he vomited on plane from Seoul to Manila 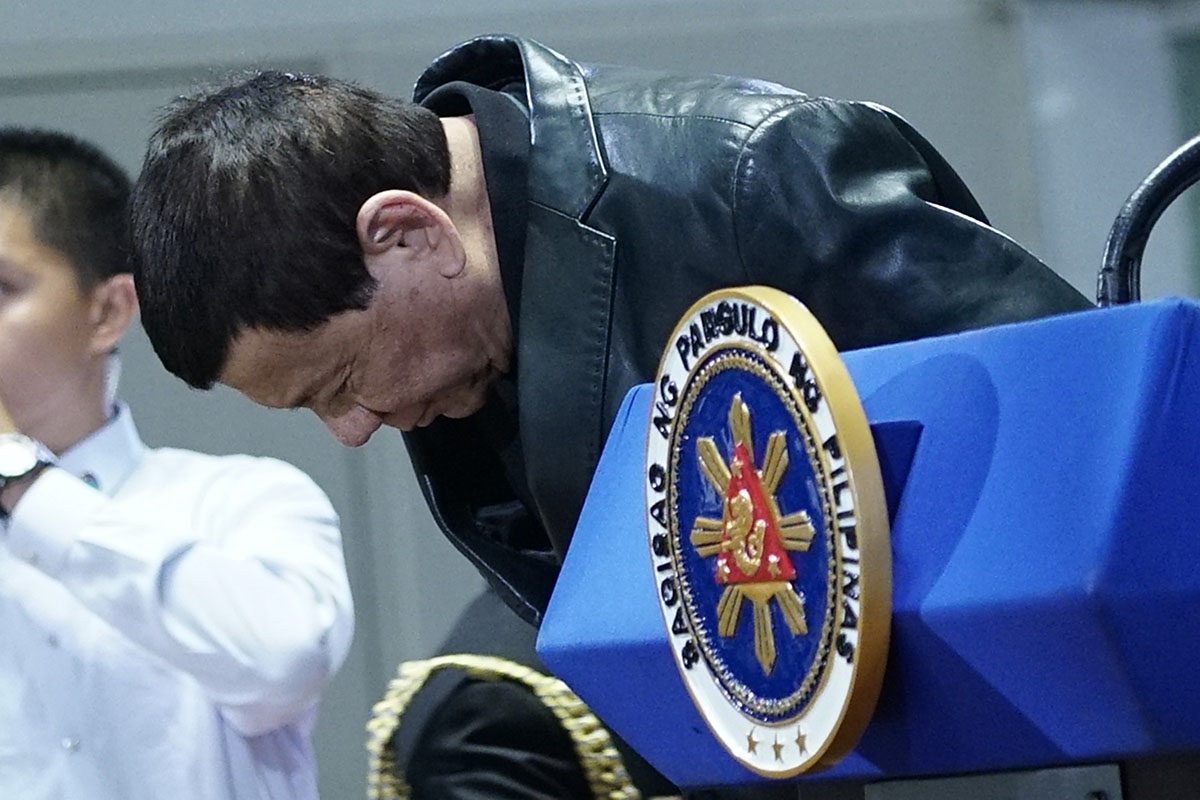 Facebook Twitter Copy URL
Copied
The 73-year-old President says he vomited due to a migraine, preventing him from greeting fellow plane passengers en route to Manila

MANILA, Philippines – President Rodrigo Duterte admitted he vomited on his way back to Manila from South Korea after suffering from a “migraine.”

“I puked in the – because of the pain. That’s why I was not able to go around the plane, kakamustahin ko sana ibang passengers (I wanted to greet the other passengers),” he said upon his arrival early Wednesday morning, June 6, at the Ninoy Aquino International Airport (NAIA).

Duterte, who took a commercial Philippine Airlines (PAL) flight to Seoul and back to Manila, said he puked due to severe headache.

The President said he asked Presidential Spokesperson Harry Roque to go around the plane in his stead to apologize to the passengers that he could not himself face them.

“Gusto ko umikot para lang (I wanted to go around just so that) – most of them are OFWs (overseas Filipino workers),” said Duterte.

The 73-year-old President has admitted to having a range of ailments, but has bristled against media queries on the state of his health. – Rappler.com