Duterte says offices ‘beyond control’ to be put under Malacañang 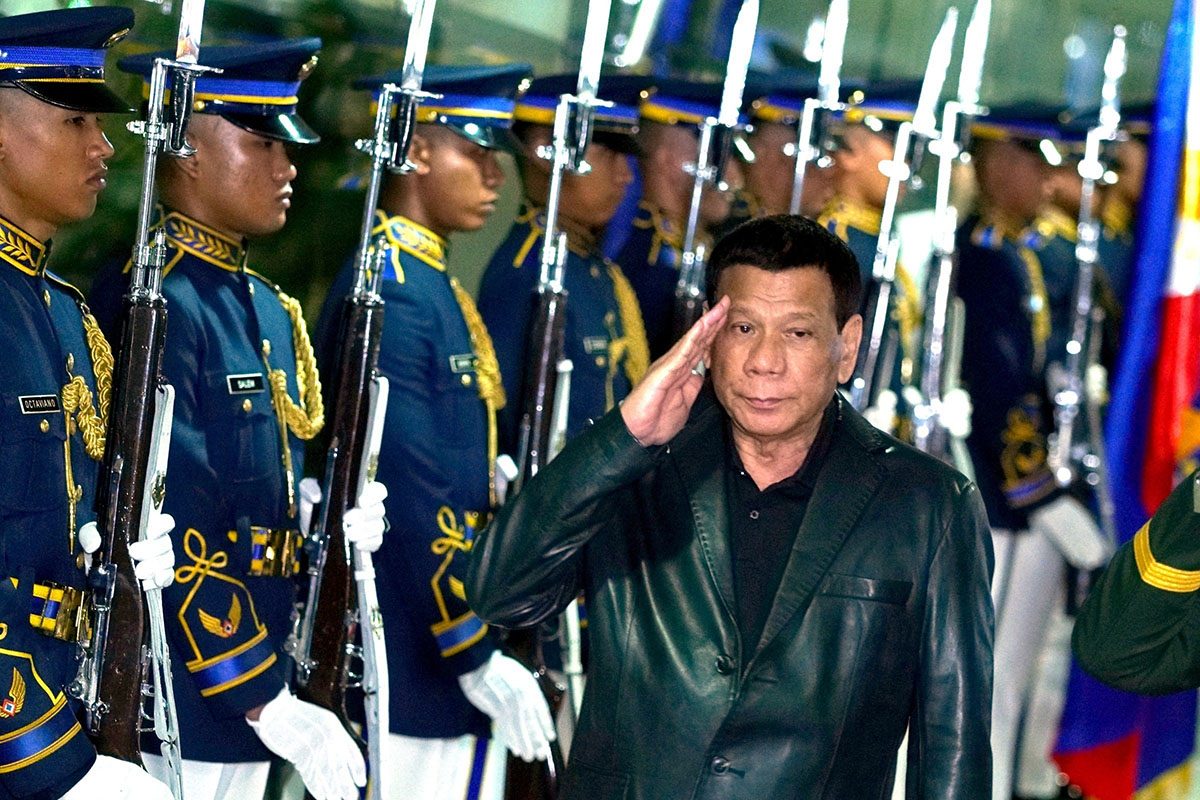 MANILA, Philippines – President Rodrigo Duterte warned “radical changes” are about to come in the realm of law and order, one step being that he might place certain government offices under Malacañang.

“For those offices na hindi talaga ma-control (which are really beyond control), I will place you under the OP (Office of the President). Ako na mismo ang karahap mo araw-araw (You’ll face me directly every day),” he said early Wednesday, June 6.

He was speaking at a press briefing right after arriving from his 3-day official visit to South Korea.

Right before mentioning this plan, Duterte said he would use certain powers “to the hilt” to address criminality.

“This meager power, I will use it to the hilt and put things in order. I am warning you criminals, in the government, outside, I will make radical changes in the days to come,” he said.

As to what powers he would use, Duterte was not clear. But he mentioned the power to declare martial law and a state of national emergency.

“There’s no difference actually between martial law and a declaration of a national emergency. I’ve been warning all, all including the human rights [activists], it’s either we behave or we’ll have a serious problem again,” said Duterte.

Earlier that day, the Philippine President mentioned in a speech to South Korean businessmen that he would “reorganize” the Philippine National Police by next year.

He had then been giving them assurances that they could visit the Philippines without fearing for their safety. (READ: Philippine gov’t apologizes for death of Jee Ick Joo) – Rappler.com