Facebook Twitter Copy URL
Copied
It is the first time the Philippine Navy is participating in Exercise Rim of the Pacific (RIMPAC), a multilateral naval exercise to be hosted by the US Navy's Pacific Fleet from June 27 to August 2

It is the first time the Philippines will participate in Exercise Rim of the Pacific (RIMPAC), a multilateral naval exercise hosted by the US Navy’s Pacific Fleet. A send-off ceremony was held in Cebu on Wednesday.

The exercises include disaster response, maritime security operations, sea control, and complex warfighting. It is scheduled from June 27 to August 2.

The navy has a 700-member contingent composed of a naval special operations group and a Marine Company. They brought with them the navy’s largest ship (BRP Davao Del Sur), a frigate (BRP Andres Bonifacio), and brand new naval helicopter (AW 109),

The ASEAN navies will sail together to Hawaii. The Royal Malaysian Navy joined the Philippine Navy in Cebu. They will link up with other navies along the way. 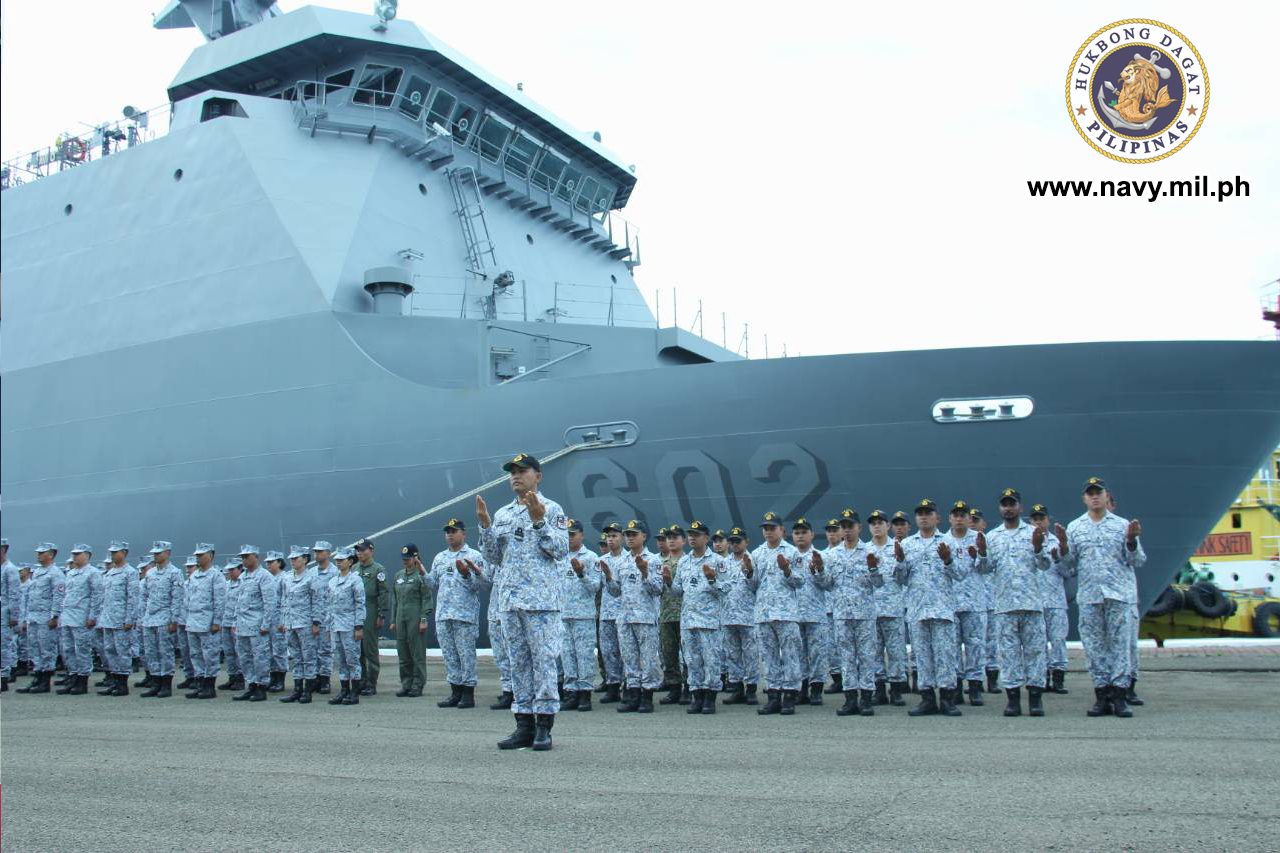 Commander Lued Lincuna, spokesman of the Philippine Navy, said the exercises will be done ashore and at sea.

“The high point of the RIMPAC are the serialized training, advanced integration, and free play training activities. Key components of the NTF shall participate in the Surface and Air, Amphibious and Special Operations serials of the exercise,” Lincuna said.