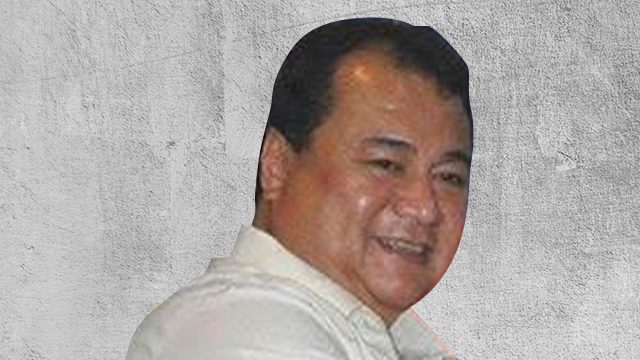 According to Laoag City police chief Dominic Guerrero, the vice mayor died in a crash along Bypass Road as he was going home between 4:45 pm and 6 pm on Wednesday.

Fariñas was driving his Mercedes-Benz. He was with a friend – a policeman – who survived the crash, Guerrero said.

A veteran local politician, the vice mayor was a nephew of House of Representatives Majority Leader Rodolfo Fariñas. Both finished college at the Ateneo de Manila.

He had served as a 3-term mayor of Laoag until 2013. In the election that year, his wife Chevylle ran and won as mayor.

Fariñas started in politics as a barangay captain when Rudy Fariñas served as governor. He was born and grew up in the city, finishing his high school in 1981 at the Mariano Marcos State University Laboratory High School.

“We are shocked and saddened by the loss of our Vice Mayor. He has been a real leader in Laoag City, and his contributions to its development will never be forgotten,” she said in a press statement – Rappler.com