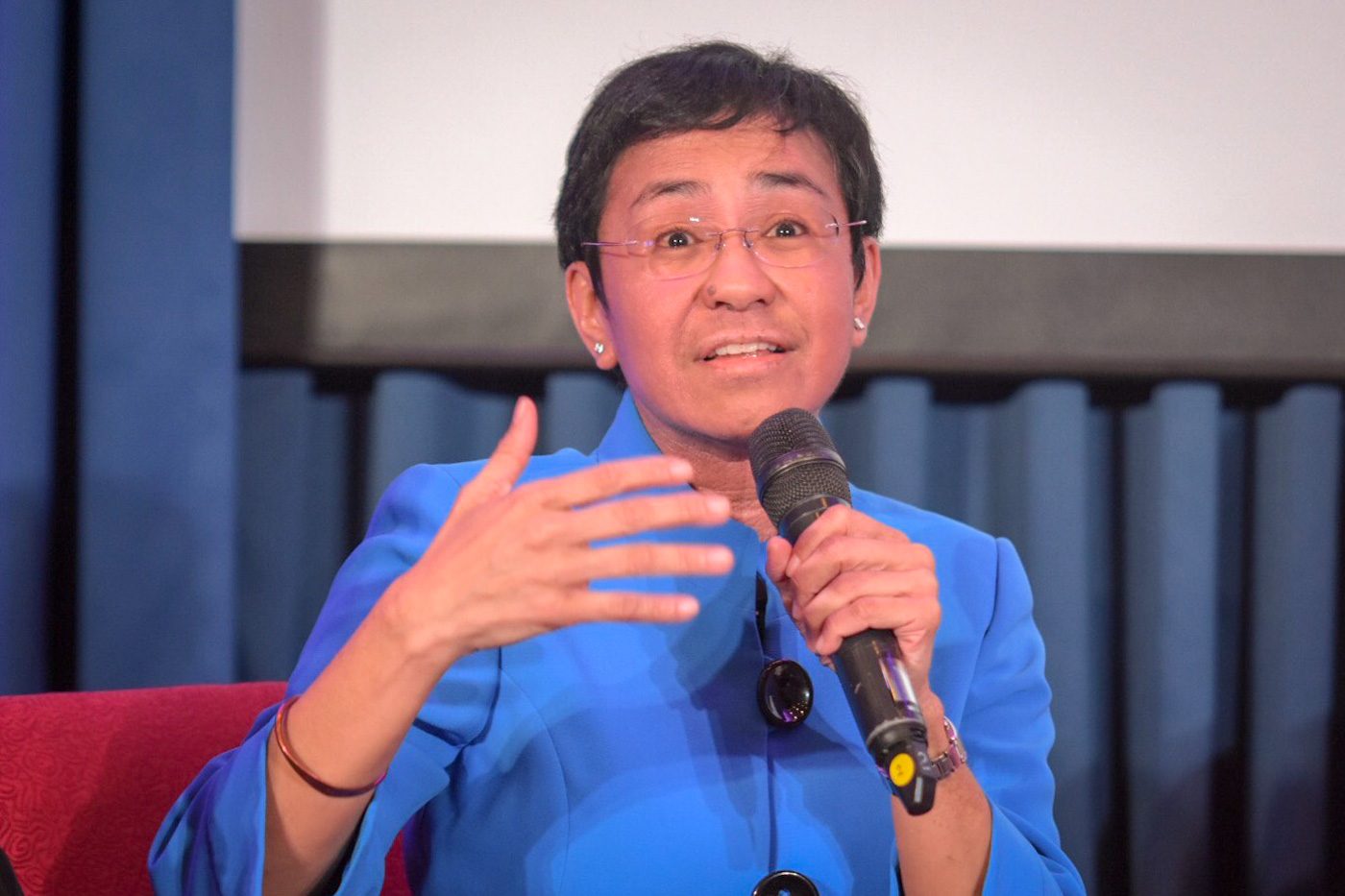 Facebook Twitter Copy URL
Copied
'My name is Maria Ressa. We are Rappler, and we will hold the line.'

The Golden Pen of Freedom is WAN-IFRA’s annual award that aims “to turn the spotlight of public attention on repressive governments and journalists who fight them.”

The award comes as Rappler faces attacks from the Duterte administration due to its fearless reportage of the government’s war on drugs, human rights abuses, and other controversies, prompting President Rodrigo Duterte to condemn it as “fake news.”

Below is Ressa’s speech for the awarding ceremony in Portugal:

You don’t really know who you are until you’re forced to fight to defend it.

Then every battle you win – or lose… every compromise you choose to make… or to walk away from… all these struggles define the values you live by and, ultimately, who you are.

We at Rappler decided that when we look back at this moment a decade from now, we will have done everything we could: we did not duck, we did not hide.

For the past two years, we have been fighting impunity on two fronts:

Last December, the Philippine National Police announced that in the drug war nearly 4,000 people were killed in police operations and that more than 16,000 other deaths were “under investigation.” That’s more than 20,000 people killed in a little more than a year and 4 months. Contrast that with 3,240 people killed during Martial Law from 1972 to 1981.

Why don’t you know this?

Because in the first 3 months of the drug war, when journalists tried to report the casualty figures, the government just changed them – slicing and dicing people and numbers, demanding we report only what they say. Simultaneously, journalists were battered into submission by unrelenting, orchestrated attacks on Facebook.

That death toll was the first casualty in our war for truth.

When a lie is repeated 10 times, Truth has a chance to catch up… but when it’s repeated a million times, it becomes the Truth – especially when it’s backed by online state-sponsored hate exploiting the fracture lines of society.

On Facebook’s impunity: here’s one example of how the platform was used to turn our world upside down.

Unlike the West, surveys long showed that journalists were trusted in the Philippines, largely because our weak institutions and patronage-driven politics meant people appealed for justice through news groups. Our stories made a difference.

In January this year, the Pew Research Center released its real-world survey, where the Philippines was number two globally in terms of trust in traditional media: 86% of those surveyed said they felt traditional media was “fair and accurate.” Contrast that with EON, the local version of the Edelman trust survey, which showed among those on social media, 83% said they had a negative perception of traditional media.

This rapid re-engineering of reality happened on Facebook, where the tools of our profession were turned against us to incite hate, create straw enemies, build alternative realities.

Free speech stifled free speech, successfully creating a spiral of silence from August 2016 to August 2017, when the killing of 3 teenage boys in the drug war woke our nation.

This propaganda on social media was meant not just to mislead our people. It is meant to overwhelm and attack journalists at a deeper, more damaging, psychological level. This is a new threat.

Where in the past, you were thrown in jail, now, the prison is inside the walls of Facebook… and in our heads. Conquering that means confronting our individual fears – and regardless of what we perceive to be the consequences to our reputations, to our communities, we have to find the courage to report what we see.

This isn’t just happening in the Philippines.

According to Freedom House, in at least 30 of 65 countries it studied, cheap armies on social media are rolling back democracy globally. In India, South Africa, Mexico, it happens on Twitter; other countries, on WhatsApp. Social media platforms are now choice tools for authoritarian rule.

The data we’ve collected from Facebook show that women bear the brunt of these attacks, many sexual, aimed to strip us of our dignity and to bludgeon us into submission.

So how do we survive? We look for solutions.

In the long term, it’s education. Medium-term, media literacy. In the short term, investigative journalism, and right now, since the new gatekeepers are American tech companies (the irony), they hold the power to turn our world right-side up.

So Rappler is actively working with Facebook. To my friends there and on other social media platforms, please move away from technological colonialism. Remember that every day you do not act in the global south means PEOPLE DIE.

When power, money, and fear come together, it means good journalism is bad business. After Rappler hit positive EBITDA two years ago, the government attacks brought Rappler to an existential moment, but we are determined to survive. So please, help slingshot us through the valley of death, and join our crowdfunding effort at rappler.com/support

Thank you, WAN-IFRA, for having our backs. This is a global battle we need to win.

To the men and women of Rappler, this is your courage. You continue to inspire me.

My heart breaks when I look at what our young reporters and staff have to live with – and the courage they show in the face of brute force and impunity… the respect they continue to show authorities, the nightmares they fight at night, the mission that lives inside them.

Now in this one and a half minute video, you’ll see other Filipino journalists, including our Palace reporter Pia Ranada, a slip of a girl who respectfully questioned Duterte … and has been banned from the Palace.

The Golden Pen of Freedom also goes beyond journalists in the age of social media. So this award is also for the Filipinos who are holding the line – and there are many out there getting the same types of threats, fighting back.

And I want to do a special shout-out to the men and women inside the Philippine government – because your choices, every compromise you make, will determine our nation’s future.

This is for all the Filipinos who continue to fight for our values – to stand for the rule of law and to #DefendPressFreedom!

My name is Maria Ressa. We are Rappler, and we will hold the line.