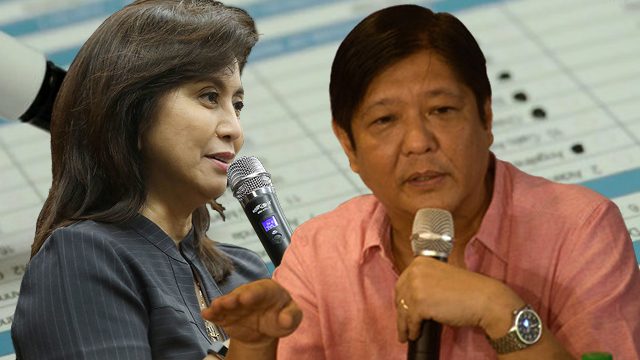 Garcia and Sardillo clarified, however, that the recount of ballots from Camarines Sur is not yet finished. The recount process for Robredo’s home province started on April 2.

Marcos has to obtain a “substantial recovery” of votes in the 3 pilot provinces for the PET to determine if the two other causes of action in his protest have merit: to continue with the recount in 24 other areas, and to nullify the results in Basilan, Lanao del Sur, and Maguindanao.

The PET has not yet officially announced what “substantial recovery” means. (READ: FACT CHECK: No results yet in ongoing 2016 VP election recount)

The Vice President has asked the PET to reconsider its ruling on setting the ballot shading threshold at 50%. Robredo wants the High Court to set it at 25% which, she argues, was the threshold set by the Commission on Elections (Comelec) in the 2016 polls.

Marcos, however, agrees with the PET and wants the ballot shading threshold to remain at 50%, a position that is also disputed by election law experts. (READ: Ex-poll chief Brillantes: 50% shading threshold ‘abnormal’ in VP recount)

The shading threshold corresponds to the minimum area of the ballot oval shaded by the voter that the vote-counting machine would read as a valid vote. – Rappler.com