Marcelo Adorco: A precarious spot the gov’t case vs Espinosa stands on 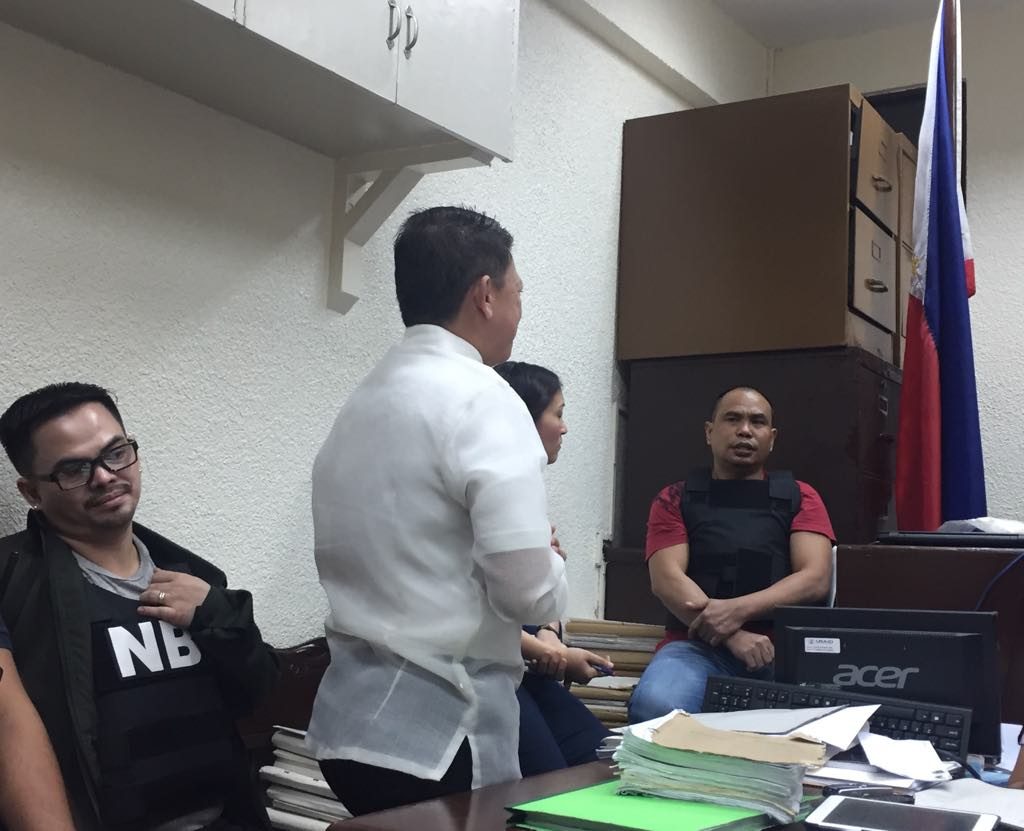 Facebook Twitter Copy URL
Copied
The star witness – the only witness – cannot read and write and only speaks Cebuano. His retractions are blamed on translation lapses.

MANILA, Philippines – Imagine this: an isolated man who can neither read nor write and only speaks Cebuano, being grilled by veteran defense lawyers with their sharp English legal talk and perfected skills of intimidation.

The result is a series of retractions and confusions.  And the alleged drug lord sits in one side grinning from ear to ear.

This was the scene on Friday, June 8, in the continuation of trial of the illegal possession of firearms and drug charges against alleged Leyte drug lord Kerwin Espinosa.

This is the original case against Espinosa that stemmed from a raid in Leyte in August 2016. It is different from the cases against him, Peter Lim and Peter Co still pending reinvestigation at the Department of Justice.

But the two cases have one thing in common: the star witness, and the only witness, is 42-year-old Marcelo Adorco who changes his statements within minutes of saying them, and who has been previously declared an inconsistent witness.

Is he a liar? We do not know. The man only finished Grade 1. He only speaks Cebuano, while investigators and lawyers who grill him talk only in Tagalog and English. (READ: What gov’t key witness says about alleged Lim-Espinosa-Co drug network)

Espinosa’s lawyer, the veteran Raymond Fortun, pointed it out to Adorco: “You want the court to believe you as a credible witness based only on your testimony?”

Adorco just stared at him blankly, while Espinosa broke out an almost victorious grin. His lawyers were earning their keep, while government prosecutors were a picture of frustration.

The city prosecutors presented Adorco to the Manila Regional Trial Court (RTC) Branch 26 on Friday to testify on the shabu and money that were seized from a raid in Espinosa’s house in Albuera, Leyte in August 2016.

Adorco was his driver and bodyguard, and as he claimed “utusan ng droga (drug runner).”

When it was his turn to cross examine the witness, Fortun quizzed Adorco on basic details.

The curious thing was that when the DOJ cleared Espinosa and Lim in the second drug case, it was because they said Adorco made glaring inconsistencies in his affidavits. The government prosecutors blamed it on the fact that the translator who took his statements is Waray, while Adorco is Cebuano.

Yet on Friday, there was again no translator in court. Judge Silvino Pampilo Jr had to step in as translator. But he too struggled and had to ask the help of, ironically, one of Espinosa’s lawyers who spoke Cebuano.

So on the witness stand, under oath, Adorco was again inconsistent.

Adorco said Jose Antepuesto, allegedly Espinosa’s childhood friend, gave him shabu to sell on the day of the raid. Adorco said it was Espinosa who ordered Antepuesto to do so. (READ: ‘Big time drug lord’: Who is Kerwin Espinosa?)

Asked where he was arrested, Adorco said at a basketball court in in Albuera, Leyte.

Asked where he was presented to media after arrest, where he was shown in handcuffs in front of the drugs seized, Adorco said at Espinosa’s home different from the basketball court.

“You want us to believe that you were arrested in the basketball court and transferred to the house of Kerwin?” Fortun asked.

Prosecutor Christian Bachiller objected saying Adorco did not say he was photographed at a different place. But most people in the courtroom heard Adorco say it, including Judge Pampilo.

After a back and forth clarification, Adorco finally said that the photos were taken at the basketball court.

Adorco also said he saw Espinosa hand over the shabu to Antepuesto. This was a new statement.

“Would you have proof? Photos or CCTV?” Fortun said. Adorco admitted he had none, but that he saw it.

Fortun also asked if Adorco has text messages or call records of Espinosa ordering him or Antepuesto to sell drugs. Adorco said he had none.

There lies the prosecution’s biggest problem. The case relies on the word of an illiterate man who often misses details.

Fortun pointed out to the court that the DOJ had already cleared Espinosa in the case with Peter Lim, due to Adorco’s discrepant statements.

Bachiller and the prosecution refused to acknowledge the dismissal of charges, resulting in a slight tension because Fortun said it was unbelievable that the prosecutors would not know when “everybody knows it.”

“It is not part of Mr Adorco’s testimony,” Bachiller said, indicating a legal strategy of keeping their case entirely separate from the Peter Lim case.

But Fortun continued. He quizzed Adorco on details of his affidavit in the Peter Lim case. Adorco mentioned a Hypermarket in Makati as the place of drug transactions, only to be shown a copy of his affidavit where he said it was Cash and Carry in Makati.

There was a part of the hearing that was unbearable to watch. Adorco was cross-examined on his ability to read, write and even identify things. He mentioned a vehicle type used in one of the transactions. “If you cannot read, how do you know what type of car?” Fortun asked. Adorco said he knows about cars.

Adorco was then shown a photo of a car, which he identified as a Land Cruiser. “It’s not a land cruiser, your honor, he said he knows cars but he doesn’t know this car,” said Espinosa’s lawyer.

It puts the DOJ in a bind because they are under pressure to also be consistent. A comparison had been made between this case and that of detained Senator Leila de Lima.

The DOJ’s evidence against De Lima so far are testimonies of convicted drug lords. De Lima’s lawyers have been daring the DOJ to submit bank trails or any physical evidence, such as shabu which were allegedly traded inside Bilibid to fund her senatorial campaign.

With Peter Lim running to the Supreme Court, the High Court is now also put on the spot, the same court which affirmed De Lima’s arrest and kept her in jail.

All of these legal principles come at play as the country watches and gauges the effectivity of President Rodrigo Duterte’s campaign against drugs. – Rappler.com