Trillanes hits Duterte for saying ‘someone will shoot him’ someday 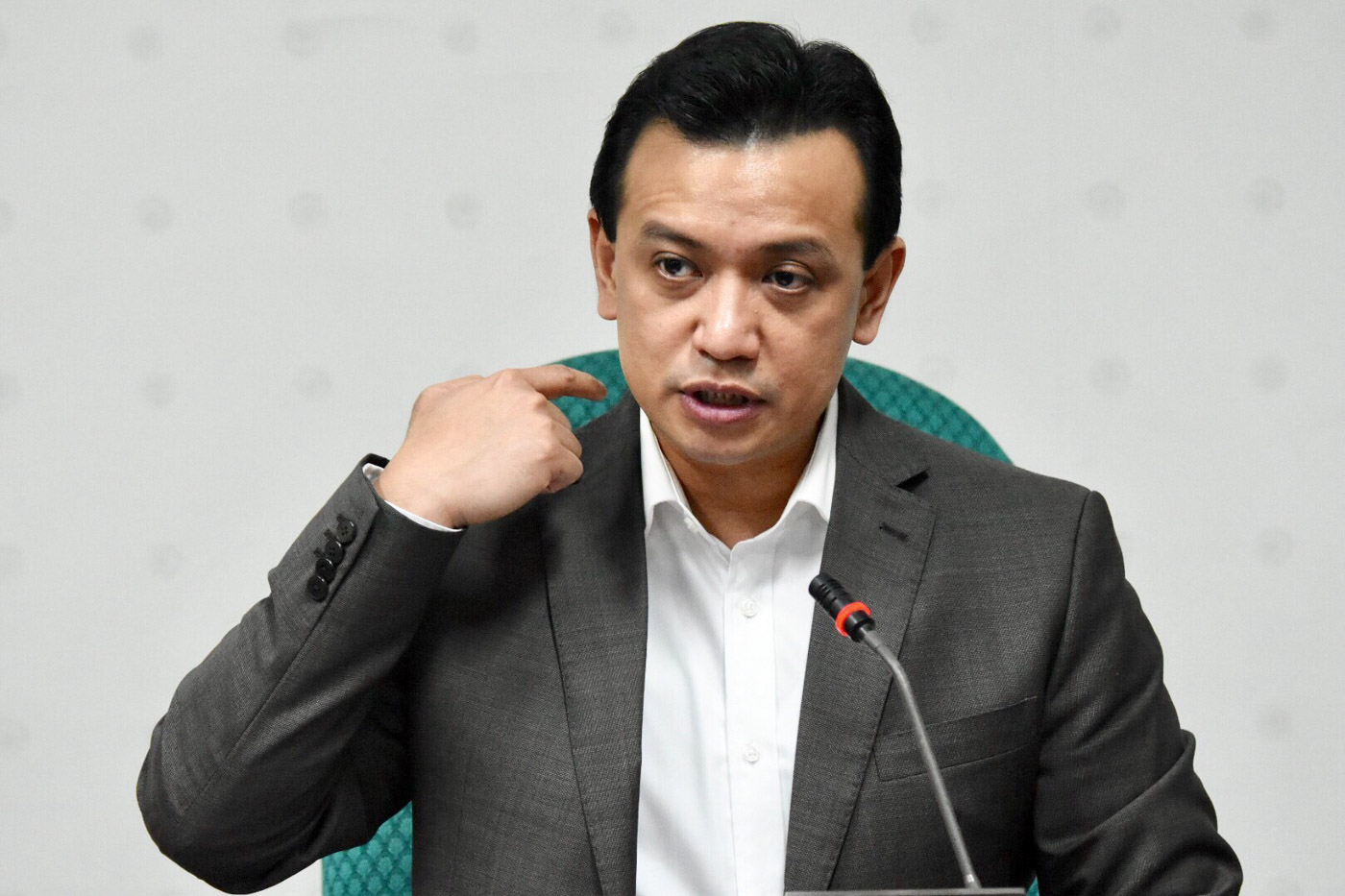 MANILA, Philippines – Senator Antonio Trillanes IV fired back at President Rodrigo Duterte on Sunday, June 10, after the chief executive said “someone will shoot him” someday.

“Now, as to his threat that somebody would shoot me someday, only Duterte would want me dead because it irks him that somebody dared to stand toe to toe with him,” Trillanes said in a statement Sunday.

Duterte made his recent remarks against Trillanes in a speech in Cebu City on Thursday, June 7.

Duterte in his speech described Trillanes as “always trying to act tough and threatening.” He said Trillanes “thinks he’s better than he is” because “he’s from the Armed Forces, the Navy.”

“He believes that he’s the only tough one around because nobody fought him back. But there will come a day that someone will shoot him because he’s arrogant,” Duterte said in Cebuano.

Duterte and Trillanes have engaged in a word war since the 2016 presidential campaign period. Trillanes is one of the Duterte administration’s harshest critics.

To match Duterte’s prediction with a prediction, Trillanes dared Duterte to have him shot.

“Go ahead, Mr Duterte, order somebody to shoot me and, I assure you, it would lead to your end,” Trillanes said. – Rappler.com