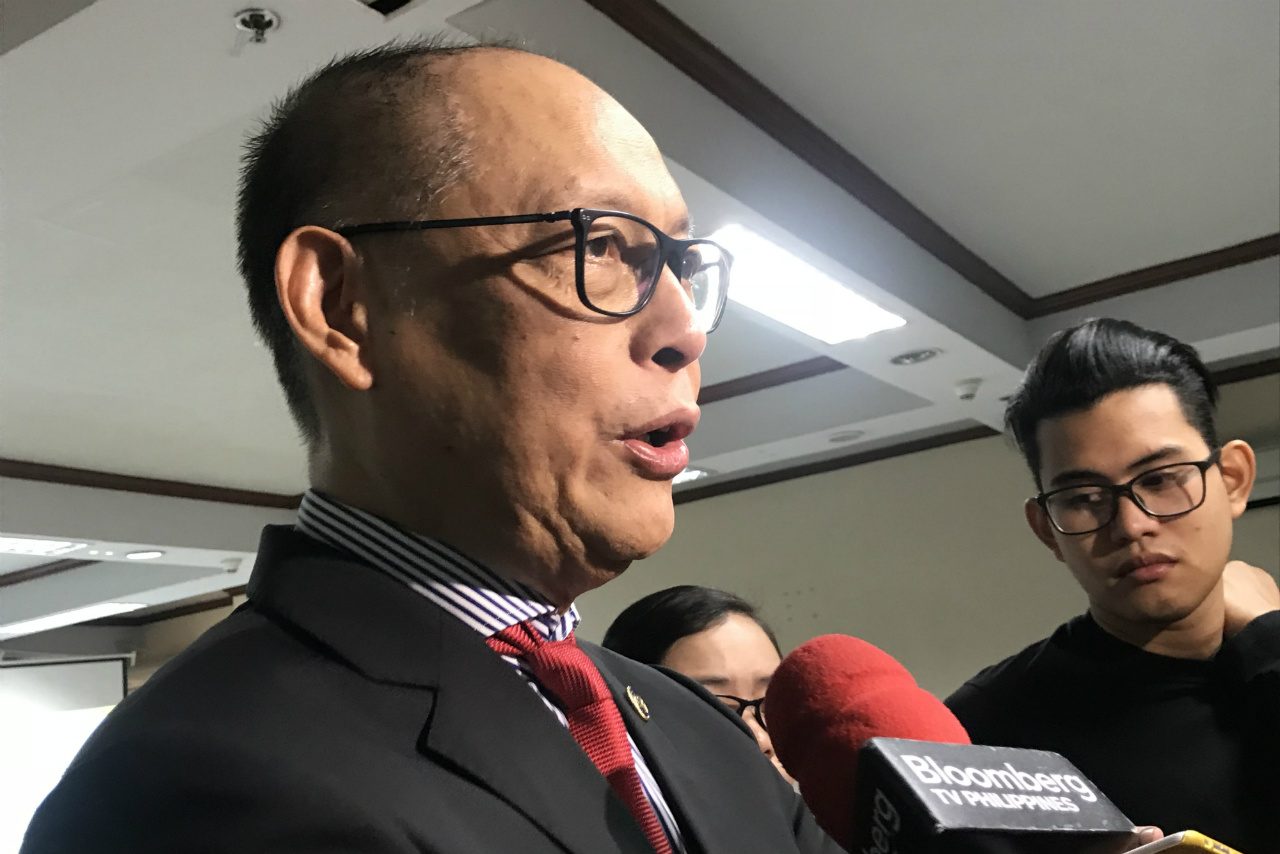 In a forum, Diokno said that higher inflation cannot be attributed solely to the Tax Reform Acceleration and Inclusion (TRAIN) law, but to higher prices of fuel in the global market and the NFA’s declaration of a rice shortage in the country.

(First, the price of fuel increased in the world market and we cannot control that. Second, the price of rice went higher not because of TRAIN. It is because of the incompetence of people in the NFA.)

In April, the NFA said that the Philippines’ rice buffer stock had been “wiped out”, sounding an alarm in support of rice importation, which the management insisted, was the “only way.” (READ: Tug-of-war between Evasco, NFA’s Aquino continues)

Diokno added that the NFA did not follow the advice of economic managers to let the private sector import rice, which would have decreased prices by about P7 per kilo.

“If you allow the private sector to import rice, we saw that the current rice prices would have decreased by P7 per kilo. But they didn’t listen to us. The wrong announcement also triggered a panic in the market,” Diokno said in a mix of English and Filipino.

Meanwhile, the budget chief gave assurances they are expecting prices to normalize by the second half of the year, as fuel and rice prices are already decreasing.

According to Diokno, month-on-month inflation rates have been going down in the past months. Philippine inflation rose to 4.6% in May, higher than the 4.5% recorded in April.

“In March, inflation increased by [0.9 percentage points] but in April it went down by [0.2], in May, [0.1]. In other words, inflation is already decelerating. We are expecting inflation to be well within our range of 2% to 4% by second half of the year,” he said.

Diokno also reiterated his earlier position that the tax reform law should not be suspended just because of higher prices.

“We shouldn’t stop TRAIN just because there is inflation,” he said.

Some lawmakers want to suspend the TRAIN law amid the rising prices of basic commodities, but the country’s economic managers are opposing this. (READ: EXPLAINER: How the tax reform law affects Filipino consumers)

According to the budget department, the government’s revenue loss due to the new tax reform law is estimated at P894.2 billion from 2018 to 2022.

Meanwhile, the government had earlier released P2,400 in assistance to 10 million poor households affected by the inflationary effects of TRAIN.

The recently implemented TRAIN law will increase taxpayers take-home pay for most employees, but it will also lead to more expensive cars, fuel, tobacco, and sugar-sweetened beverages.

This, in turn, is expected to lead to higher transportation fares, prices of basic commodities, and power rates. (READ: [OPINION] Train law: What does it change?) – Rappler.com