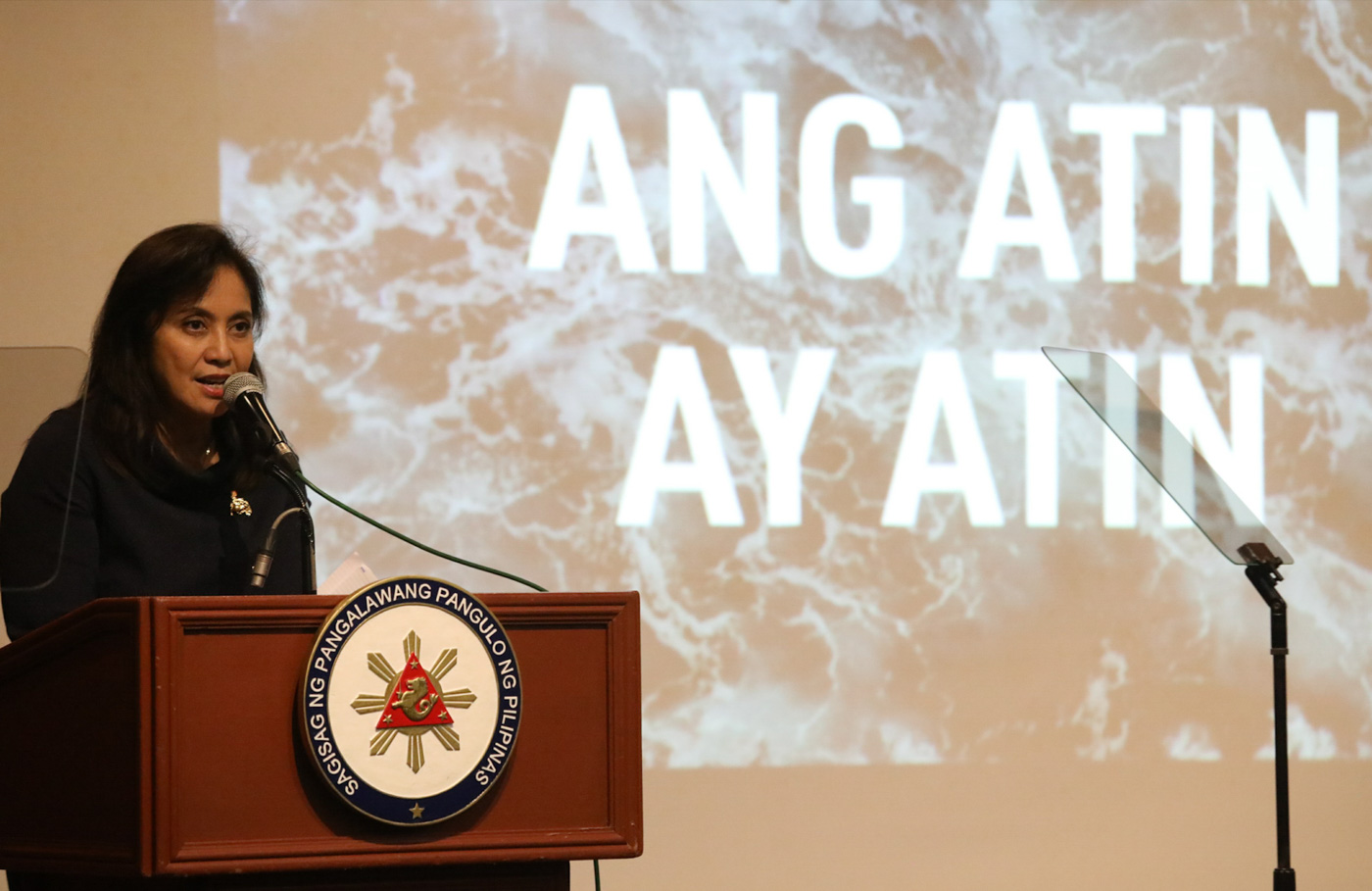 MANILA, Philippines – Vice President Leni Robredo on Monday, June 11, made her strongest stand yet on China’s increased military presence in the West Philippine Sea, a part of the South China Sea that belongs to the Philippines.

The Vice President likened the possible consequences of China’s militarization of the West Philippine Sea to the devastation experienced by the Philippines during World War II. (READ: Robredo alarmed over Chinese bombers in South China Sea)

“If China successfully solidifies its presence within its 9-dash line, the Philippines will lose effective control over its exclusive economic zone, which is larger than the land area of our country. This is why China’s encroachment on Philippine territories is the most serious external threat to our country since the Second World War,” said Robredo.

She delivered the closing remarks in a forum on the South China Sea dispute held at the University of the Philippines College of Law a day before the country marks Independence Day on Tuesday, June 12.

It was also just two days after the Vice President expressed concern over a GMA News documentary that caught the China Coast Guard taking the catch of Filipino fishermen at Scarborough Shoal.

On Monday, Robredo slammed the Philippine government for refusing to assert the country’s rights in the West Philippine Sea despite a Hague tribunal junking China’s claim over these Philippine waters.

The Duterte administration has been downplaying the 2016 Hague ruling in a bid to strengthen ties between the Philippines and China. Robredo, however, called this “ironic.”

“We soften our stance on the West Philippine Sea to avoid conflict, but the conflict we seem to be scared of is already at our doors. Our fisherfolk are physically restrained with guns, ammunitions, ships, and intimidation, to prevent them from fishing in waters that have already been affirmed as part of our Philippine territory,” said the Vice President.

“Ironically, however, our own government continues to call the West Philippine Sea as ‘disputed’ waters and the Philippines as a ‘claimant,’ seemingly ignoring the fact that the arbitral tribunal has already ruled in our favor. If we are not willing to protect what is lawfully ours, where will the likes of Renato, Delfin, and Romel turn to for help?” added Robredo.

Renato Etac, meanwhile, was the fisherman who bravely faced Chinese coast guard personnel who pointed their rifles at him in 2016.

“What is being stolen is our comfort in knowing that we can sleep soundly at night, certain that we are secure from external threats and weapons of war. What is being stolen are our resources, electricity, food, and jobs for our people,” said Robredo.

“The issues we face when it comes to the West Philippine Sea are not only about our fishermen; it is about every living Filipino and the generations to come. It is about our nation’s independence, security, and sovereignty,” she added.

The Vice President argued that it is the government’s responsibility to fight for and protect the rights of every Filipino, including the fishermen who face risks in the West Philippine Sea.

(It is the duty of the government to be as brave as these Filipinos and do everything in their power to fight for our rights.) – Rappler.com