Jun 11, 2018 10:08 PM PHT
Aika Rey
Facebook Twitter Copy URL
Copied
The main drivers of happiness among workers are the reputation of the agency they work in; good relationship with immediate bosses; and the mission, vision, and values of the agency 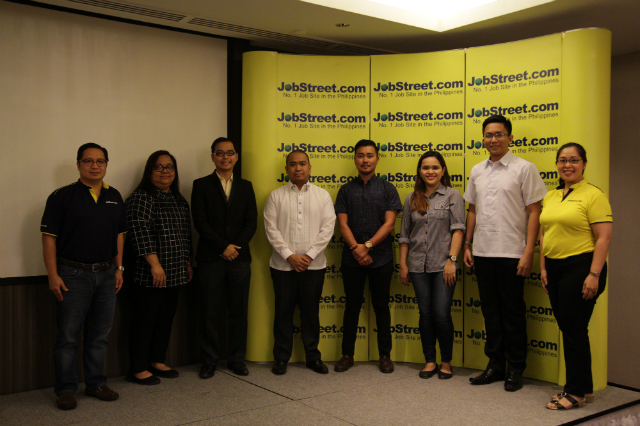 Hiring portal Jobstreet surveyed a total of 1,008 government employees, and asked them to rate their level of happiness with their jobs on a scale of 1 to 7, with 7 being the highest.

The criteria included rating the work environment, management of their team, job security, and work-life balance.

According to the study, government employees recorded an average of 4.85 out of 7 points. This affirmed Jobstreet’s 2017 study that government is among the top 3 happiest sectors to work in, along hospitality and restaurant industries.

The study showed that the main drivers of government employees’ happiness were the reputation of the agency they work in; good relationship with immediate bosses; and the mission, vision, and values of the agency.

Meanwhile, workers complained of the lack of travel opportunities and performance bonuses, as well as low salary for some.

“Through the data gathered from this study, we aim to encourage more Filipinos to look past the stigma and prejudice, and be more open to working for the government. After all, it does have its wonderful perks,” Christine Sevilla said, Jobstreet Philippines’ senior manager for government.

A 2015 study by Social Market Foundation and University of Warwick in United Kingdom showed that employees happy with their jobs are at least 12% more productive, while unhappy workers are 10% less productive.

The hiring company also found that 80% of those who signed up in the Jobstreet portal want to work for the government.

Those applying for the public sector cited reasons such job security, retirement plans, and career growth. However, only 37% are eligible for government work.

This, Gioca said, would “help identify areas of improvement for the job satisfaction of their employees, as well as bolster efforts to improve areas where happiness is already at a high level.” – Rappler.com