Father Richmond Nilo was trailed before being shot 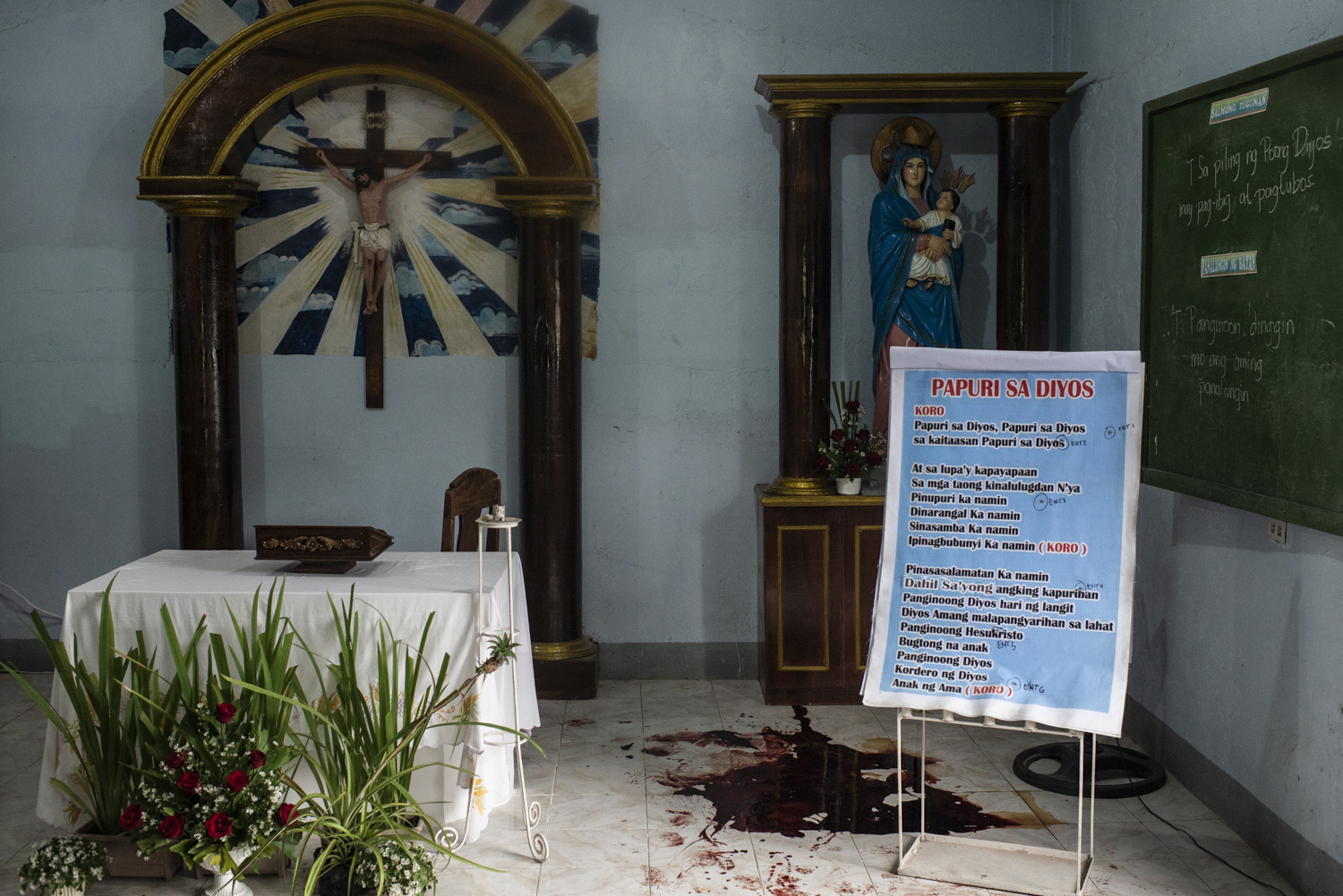 MANILA, Philippines – Recovered CCTV footage from barangays in Zaragoza, Nueva Ecija showed that the slain Catholic priest Richmond Nilo  was followed from one barangay to another, before the suspects decided to shoot him inside the chapel.

The vehicle drove away from here, while a motorcycle with two men wearing caps followed and stopped beside the parked vehicle of Nilo outside the chapel.

A few minutes later, one of the riders stooped beside the windows of the chapel, and aimed his gun towards the priest who was then preparing for mass. “They shot the priest almost two to three meters away from the altar,” Corpus said.

The suspects immediately fled the scene heading to the next town, where they met the vehicle that followed the priest earlier. Corpus said CCTV footage recovered from a nearby town showed a different rider was already on board the motorcycle.

Noel Jetajobe, Vicar General of the Diocese of Cabanatuan confirmed to Rappler that the vehicle was a Nissan sedan, that had different plates on the front and back.

Jetajobe said it seems as if the suspects were familiar with the area as they lowered their heads while on the streets where CCTV cameras were installed.

A witness (kept anonymous for security), who was supposed to attend Mass, told Rappler around 70 parishioners were inside the chapel when the shooting occurred. They dropped and covered their heads after hearing gunshots.

Corpus said their task force is trying to come up with a composite sketch of the suspects based on witnesses’ statements and the recovered CCTV footage.

Inside the chapel, at least 7 empty shells and two slugs from a .45 caliber pistol were recovered. Corpus added that they have been submitted to the crime laboratory for cross-examination to possibly identify the registered owner of the gun.

A standing board which served as a guide for Mass songs also shows that the gunmen shot the priest through it. (READ: ‘They are killing our flock. They are killing us shepherds.’) 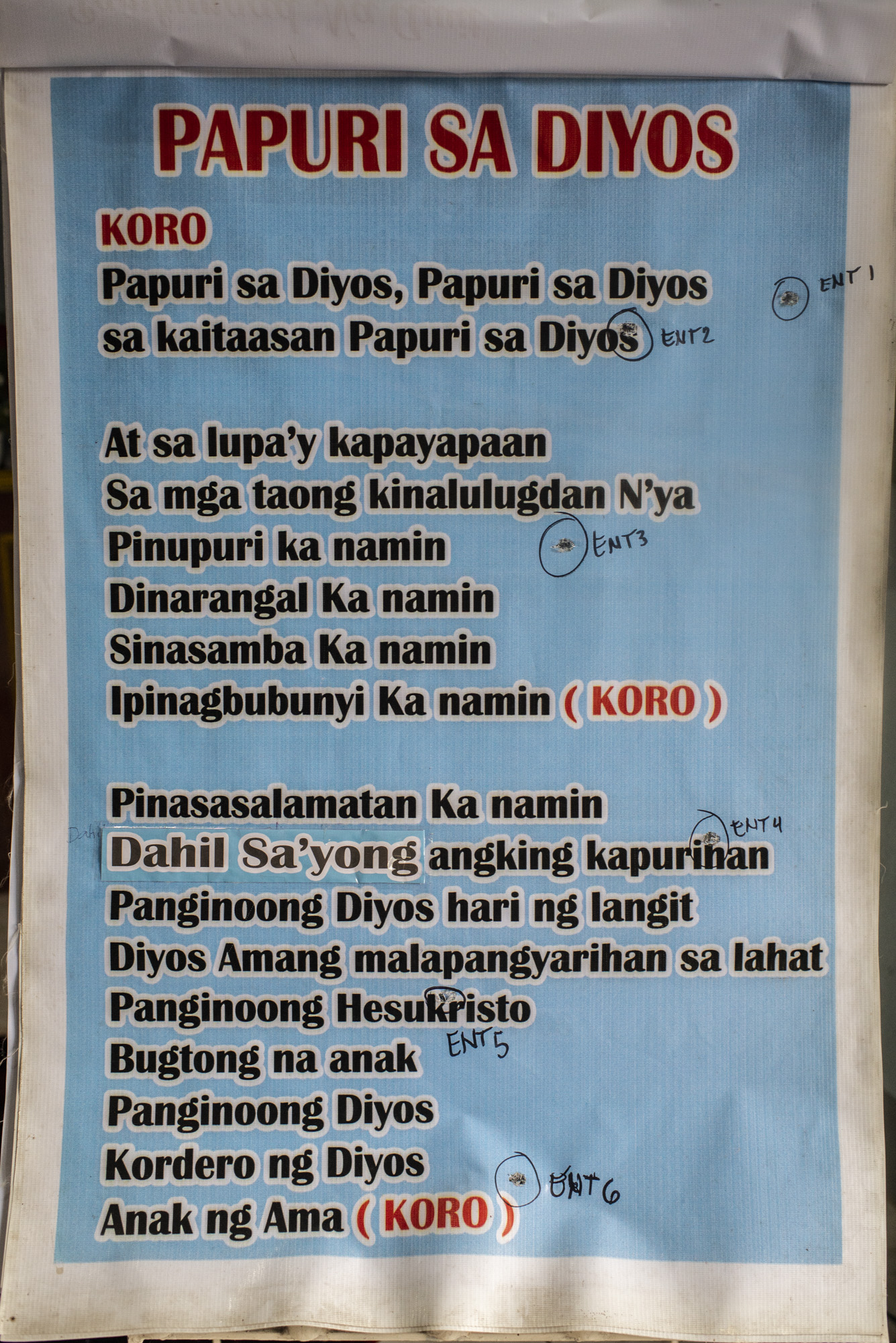 The PNP is also examining at least 3 motives for the killing of the priest, but Corpus clarified they have not gathered enough evidence to confirm them.

“We cannot say the motive until it’s supported with enough evidence,” Corpus said.

Meanwhile, some parishioners believe the killing of Nilo involved a disagreement between two religions, specifically the Iglesia ni Cristo (INC).

The slain priest was known to be a stern defender of the Catholic religion, and was set to lead a religious debate with the Iglesia ni Cristo on August 31, at Freedom Park, Nueva Ecija.

Corpus said investigators have included this issue among their possible motives, but they are also exploring other leads.

For Vicar General Noel Jetajobe, these rumors circulating about the possible involvement of another religion may be unfair.

“All angles are being considered,” Jetajobe said in Filipino. “While it is true that Father Richmond was scheduled to have a debate, it is unfair to point them [INC] to this crime as there were previous debates with them in other places that did not lead to any killings.”

Jetajobe added that they are relying fully on the investigation of the PNP.

Earlier on Monday, Corpus also ordered all police directors in Central Luzon to coordinate with their respective bishops and dioceses to have a dialogue about their safety conditions.

Nilo is the second priest to be killed recently in Nueva Ecija after Father Marcelito Paez, who was shot dead by motorcycle-riding gunmen in December 2017. (READ: Father Tito Paez: ‘A comrade for others’)