China allows Filipinos to fish in Panatag ‘out of goodwill’ 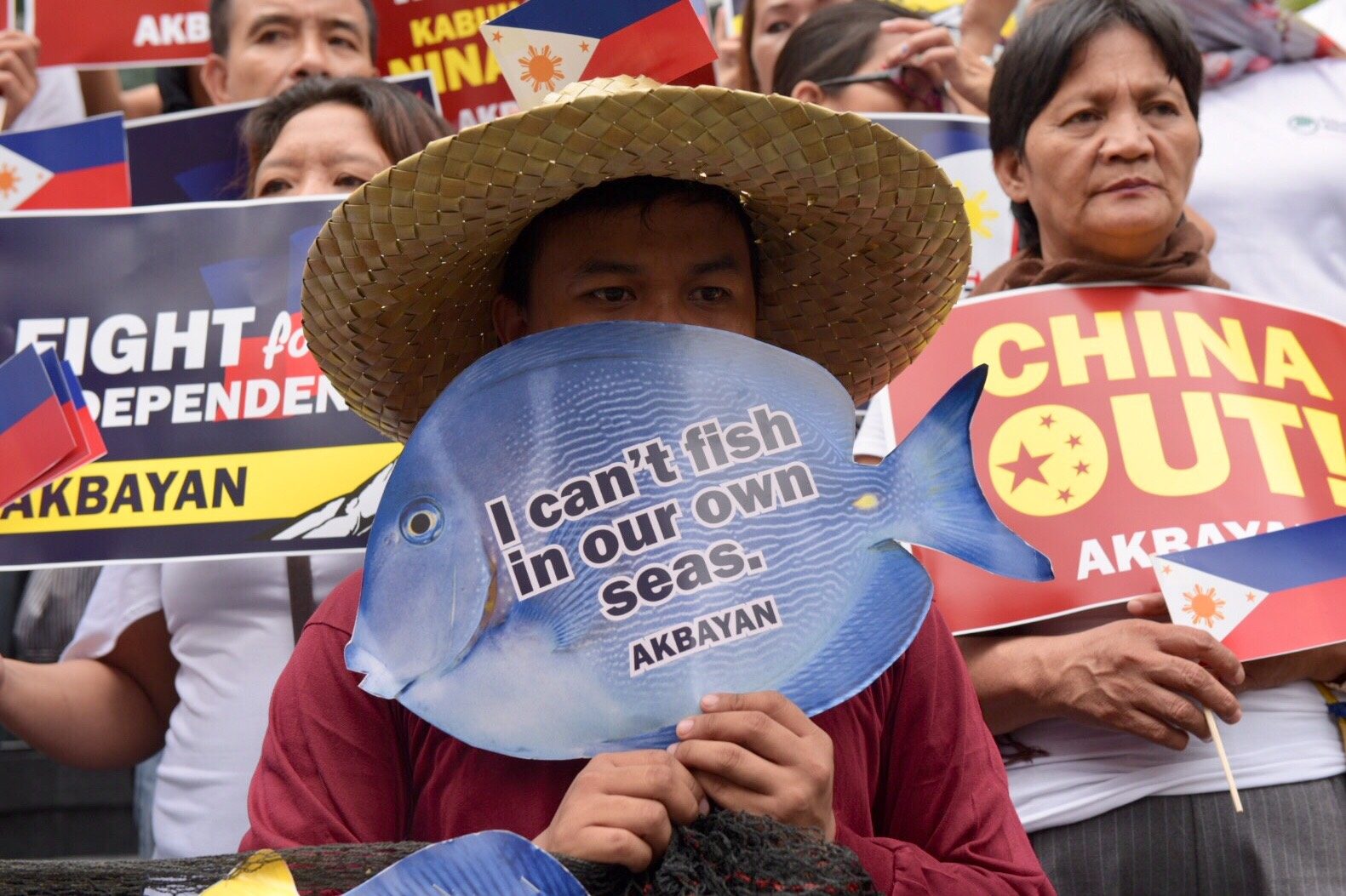 Facebook Twitter Copy URL
Copied
(UPDATED) The Chinese embassy says China Coast Guard personnel 'have always acted in accordance with the law,' even as a television report shows them taking the catch of Filipino fishermen in Panatag Shoal

MANILA, Philippines (UPDATED) – China said on Tuesday, June 12, that it has allowed Filipino fishermen to fish in Panatag Shoal (Scarborough Shoal) in the West Philippine Sea (South China Sea) “out of goodwill.”

This negates the claim of Philippine Foreign Secretary Alan Peter Cayetano on Sunday, June 10, that the Philippines and China have forged a provisional fisheries agreement as equal parties in Panatag Shoal.

“China has made appropriate arrangement for the Philippine fishermen to fish in relevant waters out of goodwill. This policy remains unchanged,” the Chinese embassy in Manila said in a press release Tuesday morning.

China issued this statement in reaction to a GMA News report showing the China Coast Guard taking the catch of Filipino fishermen in Panatag Shoal.

The Chinese embassy continued: “At this point, the China-Philippines friendly relations have taken on a positive trend, and China has a clear and firm determination to commit itself to consolidating and strengthening China-Philippines relations.”

The embassy said Chinese coast guard personnel “have been safeguarding peace, order and tranquility in relevant waters and offered humanitarian aid to Philippine fishermen for many times.”

Referring to the China Coast Guard, the embassy said, “They have always acted in accordance with the law.”

“As to whether the situation mentioned by the media exists or not, the Chinese side is now conducting an investigation seriously. If what the Philippine side claimed is true, I believe relevant Chinese departments will handle that in a serious manner,” the embassy added.

In a Malacañang press conference on Monday, June 11, Panatag Shoal fisherman Rommel Sihuela confirmed that China has control over Panatag Shoal, as China “allows” them to fish there.

Presidential Spokesperson Harry Roque presented Sihuela and two other fishermen on Monday to describe to reporters the real state of Panatag Shoal.

The Chinese embassy issued its statement on Panatag Shoal as the Philippines marks its 120th Independence Day.

Chinese Ambassador to the Philippines Zhao Jianhua attended the Independence Day rites with Philippine President Rodrigo Duterte in Kawit, Cavite. Zhao promised that Chinese coast guard personnel proven to have taken the catch of Filipino fishermen will be “disciplined.” – Rappler.com